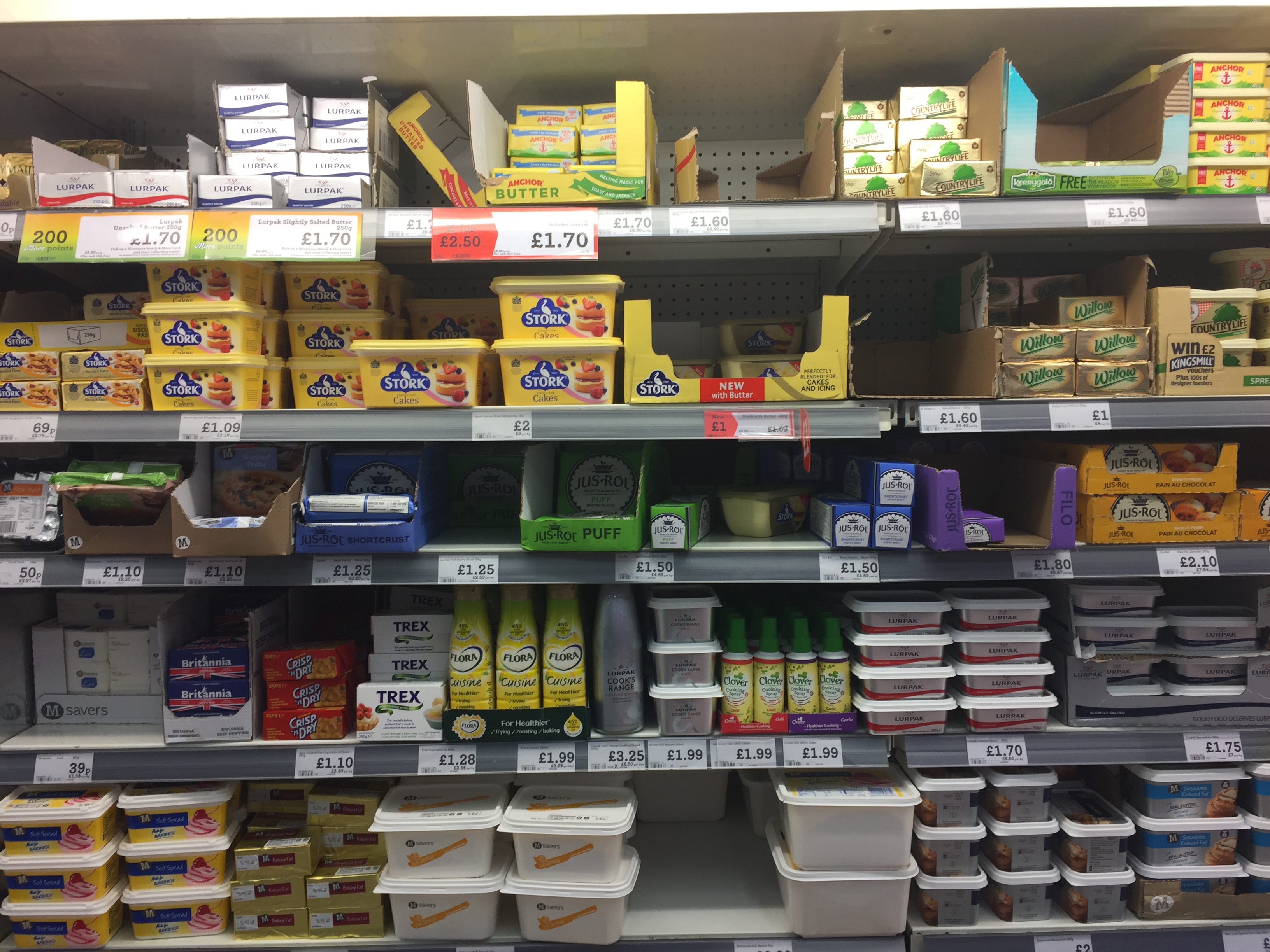 Fat is, according to Deborah Lupton,

a cultural artefact: a bodily substance or body shape that is given meaning by complex and shifting systems of ideas, practices, emotions, material objects and interpersonal relationships (3).

Further, as Donna Lee Brien writes in her article for this issue, fat is a, “powerful and most evocative word”, which has the capacity to elicit strong emotional reaction and hostility.  As Kulick and Meneley assert in ‘Fat: The Anthropology of an Obsession’, fat, “conjures images of repulsion, disgust, and anxiety for some, but associations of comfort, delight and beauty for others” (1). In choosing this theme for our special edition of the M/C Journal we were cognisant of, and influenced by, the re-appropriation and utilisation of fat as a positive self-identifying and political term by fat activists and academics (Lupton).

Our aim in compiling this special issue was/is to provide space for a nuanced discussion of all things fat.  Our decision to edit an issue on the topic of fat has been partly motivated by our research: Rachel Jarvie’s on “maternal obesity”, and Julie Parsons’s on "embodied foodways" (107), as well as former patients experiences of bariatric surgery. It was also a consequence of participating in, and (in Parsons case) presenting at, the inaugural Weight Stigma Conference held in the UK in 2013, attended by an interdisciplinary range of scholars and practitioners interested in combatting and/or exploring the impact of weight based stigma.

When we put out a call for papers for this issue we were somewhat surprised and dismayed to receive the following response:

I expect when they say they want to have viewpoints from the whole "spectrum" of fat they mean people who advocate for an "obesity epidemic" and anti-fat work. Fat Studies work that is accepted will be located with this kind of oppressive work in the journal issue. I'm a fan of multiple viewpoints, but not when it’s about fostering oppression and fat shaming…

As editors we wanted to critically engage with the range of discourses pertaining to fat, but in no way to foster oppression.  As evidenced in the UK’s Economic and Social Research Council (ESRC) funded, Health At Every Size (HAES) interdisciplinary seminar series, that ran from 2010-2012, there is a clear dissonance between those advocating size acceptance and those medicalising fatness as a major health problem. Indeed, it was suggested at the inaugural Weight Stigma Conference by one speaker that stigma or fat shaming could be useful in fighting the war on “obesity” and herein is the nub of the matter. There is a politics of fatness that challenges “obesity” discourse or the medicalization of fatness and positions this as part of the problem of fat oppression. This therefore raises potential problems for those wanting to draw upon a range of perspectives and open up discussion in this arena. Arguably, enabling viewpoints from across the spectrum to be juxtaposed fosters critical debate.

We agree with Marilyn Wann (xv) that:

Fat functions as a floating signifier, attaching to individuals based on a power relationship, not a physical measurement [and that] people all along the weight spectrum may experience fat oppression…

In other words continued weight based stigma has implications for everyone and should be challenged and contested.  This edited collection of articles reflects a gamut of meanings and experiences associated with fat. Mostly they challenge and are critical of “obesity” discourses that medicalise/stigmatise fat/fatness. They also demonstrate on a number of levels the intersectionalities of fat with other socio-cultural, structural factors (in no particular order) such as gender, class, education, ethnicity and sexuality. Indeed, for many, fat and fatness are a cause for celebration and acceptance rather than shame and stigma.

We present a number of articles that provide a critical analysis of the reviling of fatness and fat bodies as unhealthy and unattractive in contemporary neo-liberal societies, and the concomitant stigmatisation of people labelled as fat.  The prevalent cultural phenomenon of “fat shaming” is an issue discussed in many of the articles. Illustrating Foucault’s maxim, “where there is power, there is resistance” (95). We see in many of the articles a repudiation of fat shaming and refusal to experience fat shame.  In some of the articles we find a joyous celebration of, and pride in, fat/fatness and a number of submissions address the tension between these positions.

Most of the articles in this collection can therefore be positioned within the realm of fat acceptance, as critical of “obesity” discourses and/or revelatory regarding the power of fat politics. For example, the opening article from Patti Watkins is an exposition of teaching fat positive messages and the impact of her Fat Studies course on students’ perceptions of themselves and “obesity” more generally. This provides a brief background to Fat Studies, Health at Every Size, (HAES), size acceptance movements and the “obesity paradox”. It demonstrates how experiences of fatness intersect with issues such as education, gender and class. James Burford, also locates a critique of “fat shaming” within higher education. In this instance he frames the Twitter/ Tumblr backlash against a Professor critical of fat PhD students, as a celebration of fat embodiment enacted in order to re-negotiate/challenge the hegemonic social discourses of abjection associated with fatness. Thus, Tumblr becomes a significant space for re-imagining new forms of cultural attachments and identifications.

Michael Bruner draws upon popular magazines, newspapers, blogs, Web sites, and videos, to compare and discuss the media framing of six political figures from around the world as fat. He documents the diverse ways that fat is woven into public political discourse and explores how women and men are framed as fat for various, mainly discrediting, political purposes. In so doing, he aims to help readers and viewers to take a more critical perspective on fat politics. Deborah Rodan’s work uses online viewer comments about Australian makeover program Bringing Sexy Back to analyse the extent to which audiences considered fat shaming inappropriate as a tool for motivating change. She finds that the majority of those participating on the online forums are supportive of this genre and uncritical of the premise on which these programs are based as they are not critically engaged in fat politics.

In terms of the intersectionalities of fat with other issues, Lily O'Hara, Jane Taylor and Margaret Barnes draw on a critical discourse analysis of Australia’s “Measure Up and Swap It” social marketing campaigns aimed at reducing “obesity” to produce a trenchant critique of the inherent stigmatisation of fat people.  They argue that “public health” campaigns such as this are entrenched in “obesity” discourse that can have iatrogenic consequences by inducing shame, blame and fear.  Interesting points are made vis-à-vis the targeting of Aboriginal Australians in these campaigns. Similarly, Amita Nijhawan looks at the performance of fat and ethnic identity on American television (The Mindy Project), and examines the bodily mechanisms through which Mindy disrupts these. Nijhawan argues that Mindy uses issues of fat and body image to disrupt stereotypical iterations of race. She identifies the construction of South Asian femininity in American popular culture in order to set up the discussion of fat, gender and race as interrelated performative categories.

There are two complementary articles on bariatric surgery, in Aimee Simpson’s work she asserts that shaming and stigmatisation of fat bodies is instrumental in people seeking and accepting drastic weight-loss “solutions” such as bariatric surgery. Drawing on research with people who have undergone bariatric surgery in New Zealand, she critiques the intense policing, monitoring and regulation by self and others that people experience post-operatively, and thus questions the premise that “health” is achieved through “thinness”. Similarly, Zoe Meleo-Erwin conducted semi-structured interviews with 30 American bariatric patients and identifies how the decision to have surgery occurs at the interface of emotion, flesh, space, place and time. This is about negotiating weight-based stigma, which is further shaped by broader neo-liberal discourses of health.

There are also two articles on autobiography; Gayle Letherby uses a mixture of auto/biographical writing and fiction, as well as drawing on academic work in order to reflect on the intersectionalities of fat with gender appropriate hetero-normative cultural scripts of “appropriate” femininity. Donna Lee Brien provides us with a preliminary taxonomy of autobiographical writing on fat, whilst this is not all about fat embodiment; it is pro-fat writing as an ingredient in cooking, eating as well as memoirs of fat.

Goffman, Erving. Stigma, Notes on the Management of a Spoiled Identity. London: Penguin, 1963.

I am a sociology lecturer and author of 'Gender, Class and Food, families, bodies and health' (Palgrave MacMillan 2015). My research interests are in the areas of food, the body, health, gender, maternal identities and culture, as well as auto/biographical and feminist approaches to research. I am the Sociology of Health & Illness (SHI) Mildred Blaxter Post-Doctoral Fellow for 12 months from September 2015. I am a member of the European Sociological Association (ESA), the British Sociological Association (BSA), the BSA Food Study Group and the BSA Auto/Biography study group.

I am currently a lecturer in Sociology at the University of Exeter. I completed my ESRC funded PhD exploring the discourses pertaining to, and lived experiences of, ‘Maternal Obesity’ and Gestational Diabetes Mellitus/Type Two Diabetes Mellitus in the pregnancy at Plymouth University in 2014.  I have research interests in: critical public health; Foucauldian discourse analysis; qualitative methodologies; media analysis; ‘Netnography’.  I have previously published work about ‘older’ and ‘renewed’ mothering.  I am a member of the British Sociological Association (BSA), the BSA Medical Sociology study group, the BSA Human Reproduction study group and the BSA Families and Relationships study group.