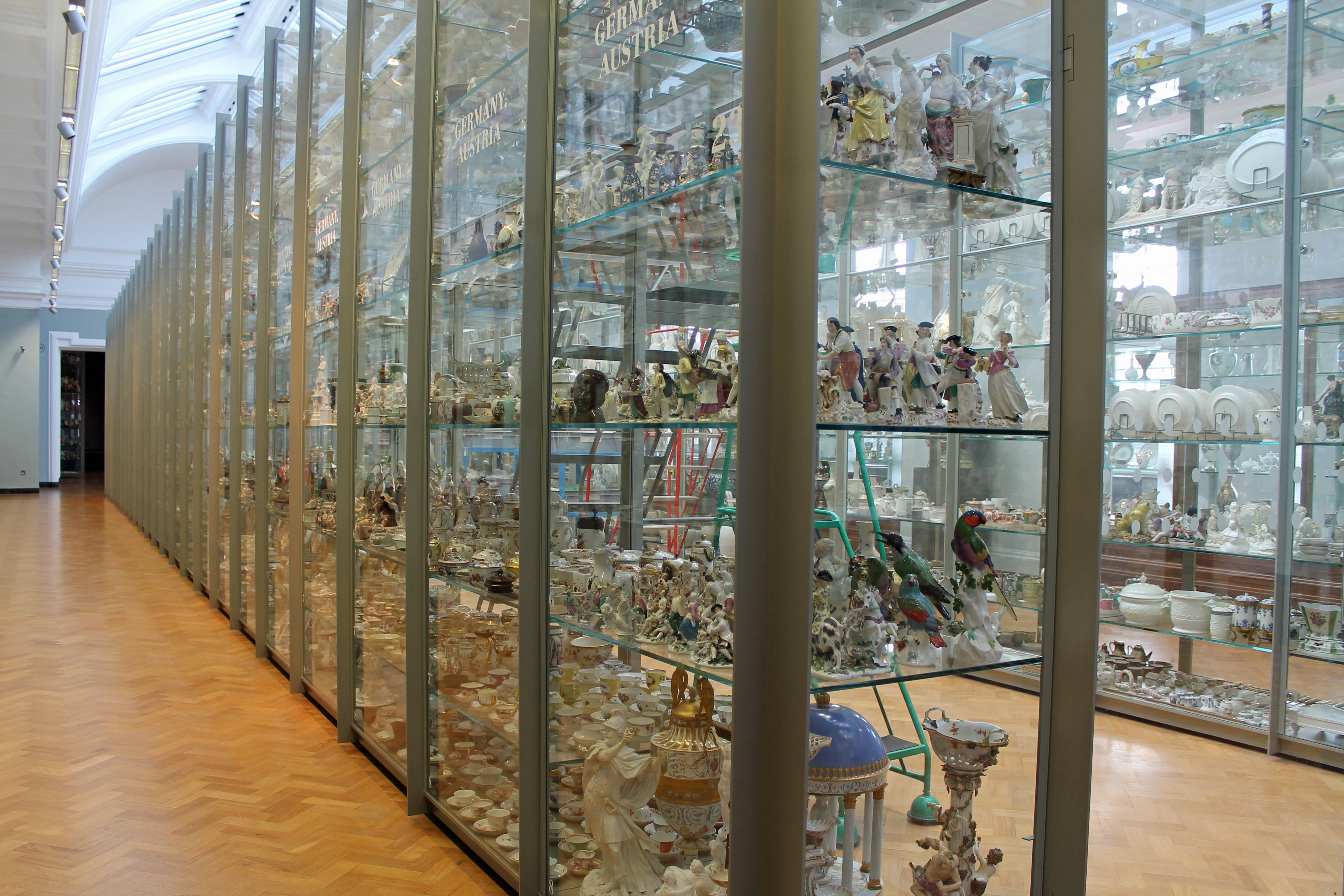 We live in the “age of curation”, according to Eliot van Buskirk. In this issue of M/C Journal we bring together authors from diverse fields to explore what this ‘age’ looks, sounds and feels like. In so doing, the papers highlight both the ubiquitous and contested nature of curation. In this collection, authors variously demonstrate that curation functions as an ongoing process of mediation, orchestration and representation. While many of the articles maintain connections to the etymology of the term, referring to the Latin root of curate - curare or to care - their foci move substantially away from its traditional location within the sphere of the arcane, wherein the curate was responsible for the care of souls. Instead, the issues addressed are concerned with more earthly manifestations of this practice ranging from investigations of transport policy through to how food can be curated to tell a story of nationhood.  Via analysis of such diverse topics, this issue demonstrates key shifts in the meanings generated by the term curate.

The modernist conception of curate relegated the term to the realm of cultural institutions within which the art or museum curator focused on her capacity to select, collate and display artefacts acting “as a kind of interface between artist, institution and audience” (Graham and Cook 10). Implied within this view of curatorship is a form of neutrality in the curatorial process. The curatorial presence appears traceless or invisible and the selected artefacts are represented as being responsible for the relay of cultural narratives.

However, following the ‘curatorial turn’ in the 1960s, in which “curators were beginning to make visible the mediating component within the formation, production, and dissemination of an exhibition” (O’Neill 13) it became clear that curators and the curatorial process had “crucial significance” in the production of meanings of artefacts (Staniszewski 91).  Through this lens, curatorial praxis no longer equated to objective presentation of cultural objects. Instead it came to be seen as a process of mediation and translation (Lind) mired in a “complex, interminable procedure of adjustment of variable social ambitions and interests” (16).

Accompanying this shift was the rise of what O’Neill refers to as a “distinct mode of discourse” (Culture 2) for curatorship and the repositioning of both the curator and the curatorial act in the 1980s and 1990s as “a mode of proactive participation in the processes of artistic production” (5).  Through these shifts, the curator came to be seen as charged with the task of translating artefacts for consumption.

More recently, alongside the role of this “proactive participation” we have witnessed the so-called democratisation of curation through the explosion of digital technologies. Social media create new ways for people to access, select and assemble information. The curatorial process is no longer solely in the hands of experts, nor is it only grounded in the processes and outputs of individual, or groups of, curators. It now also includes the input of dynamic networked systems and software that facilitate selection and prioritisation of artefacts (Krysa).

In response to these seismic shifts in the terrain, Terry Smith notes, “curating is everywhere being extended, encompassing every kind of organising of any body of images or set of actions” (17). In this issue our authors investigate specific encounters with diverse practices of curating in the contemporary world to offer insight into what it means to live in the “age of curation”.

Our feature piece, from curator Anna Edmundson, provides an overview of the museum curator in the “postdigital” age and offers some illuminating insights into the impacts, or lack thereof, of technology and everyday curatorial practice on the traditional role of the curator.

In relation to big data, Daniel Ashton and Martin Couzins focus their attention on the rise of professional content curators. By anchoring their analysis in an autoethnographic account of Couzins’ content curation business, the authors explore the idea of content curators as cultural intermediaries, co-creators and “sense-makers”. With a focus on journalistic practice, Anita Howarth emphasises the importance of news curation in the media. She explores the differences between content creation and content curation, highlighting the creativity required to successfully carry out both tasks. In relation to the exponential rise of non-expert curators, Amy Antonio and David Tuffley’s paper demonstrates the need for the introduction of pedagogical practices designed to assist University students develop skills to manage big data and assess the quality of content.

Roger Dawkins concentrates on meaning-making through his semiotic analysis of social media engagement and content curation. Milena Droumeva focuses on the technology itself, exploring how mobile digital devices, specifically those related to the auditory realm, impact on how “we make sense of the sensory ‘everyday’”. Curatorship is used by Helen Fordham as a metaphor to offer insights into the role played by the public intellectual in cultural life. Through her analysis of Australia’s ‘History Wars’, Fordham argues that “public debates about particular topics can operate like discursive exhibitions” with the public intellectual assuming a “curatorial role” in this process.

Tin-yuet Ting offers an example of political curatorship in his analysis of the deployment of social networking sites by a grassroots social movement. Ting provides a detailed illustration of how activists can curate dynamic, up-to-date and persuasive narratives on social networking sites for successful online and offline mobilisation. Nicholas Richardson’s examination of the development of transport policy in NSW offers a different view of political curatorship and media. Richardson argues that mediatisation—the growing influence of media on the framing of political discourse—is problematic because it enables politicians to frame public discourse around political agendas at the expense of the knowledge and expertise held by bureaucrats and technicians.

In his analysis of the alternate-reality game Ingress, Kyle Moore explores the role of street art in urban mobile gaming as situated play that “via the practice of re-reading, re-mixing, and re-mediating urban environments” constitutes a form of urban curating. Elaine Mahon’s paper extends the purview of curation to food, demonstrating how the Irish State Banquet held for Queen Elizabeth II in May 2011 was carefully orchestrated to represent “Ireland’s diplomatic, cultural, and culinary identity”.

Within more traditional curatorial arenas, the papers in this issue emphasise the need for the practice of curatorship to be flexible and responsive to a variety of audiences. Fashion curating provides the focal point of Sharon Peoples’ article in which she argues for greater focus on dress in museum exhibitions. Beaux Guarini’s work centres on people with blindness or low-vision, with his paper highlighting the importance of curators developing exhibitions that provide multisensory encounters with artefacts to ensure they are socially and culturally inclusive experiences. Within the framework of a practice-based University course, Ulrike Sturm, Denise Beckton and Donna Lee Brien argue that the practice of curating and mounting an exhibition should not simply be seen as an end-point, but as a creative outcome that can feed into the ongoing development of creative works.

This collection of articles highlights the broadening scope of curation and identifies ongoing challenges in understanding what this practice means and how it might continue to develop.

We would like to thank each and every author who contributed to this issue. You were a delight to work with.

Krysa, Joasia. Curating Immateriality: The Work of the Curator in the Age of Network Systems. New York: Autonomedia, 2006.

O’Neill, Paul. The Culture of Curating and the Curating of Culture(s). Cambridge: MIT P, 2012.

Staniszewksi, Mary Anne. The Power of Display: A History of Exhibition Installations at the Museum of Modern Art. Cambridge: MIT P 1998.