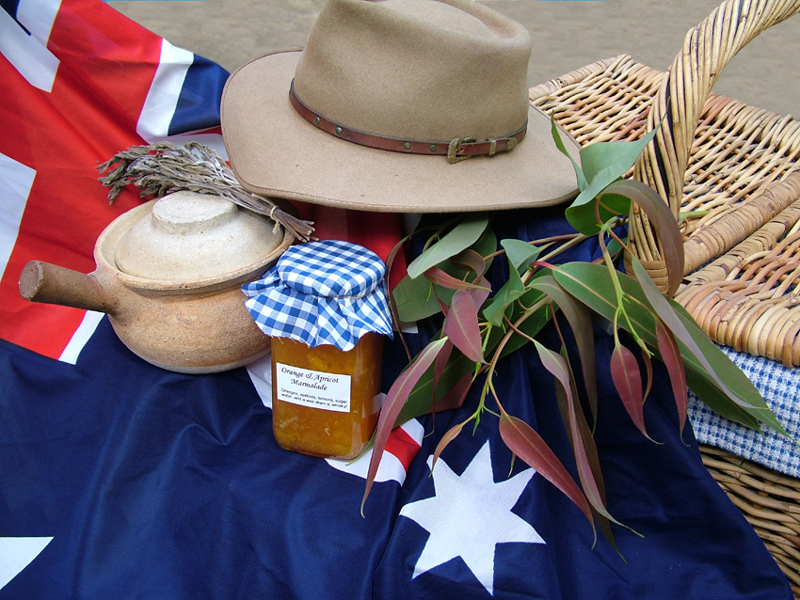 ‘Country’ is a word that is made to do much discursive work. In one common configuration, country is synonymous with ‘rural’, also evinced through terms like countryside and country-minded. Yet, at the same time, country is synonymous with ‘nation’. This usage is more emotive and identificatory than administrative, as in ‘my country’, ‘my land’, ‘my homeland’. Augmenting a sense of national allegiance, this use of country evokes something of the connection between people, landscape, belonging, identity and subjectivity. Moreover, country-as-rural(ity) and country-as-nation(ality) have significant overlaps. The rural landscape – the countryside – is often imagined as the ‘heartland’ of the modern Western nation-state – a source of national identity and a storehouse for values ‘lost’ through the experience of progress, modernity and industrialisation (Bell). Here, the countryside, supposedly, is a traditional material and discursive site for family, community and well-being (Little and Austin). From yet another angle, country is a genre or style, as in country music, country and western film, country living, country comfort and country cooking. In this way, country becomes a commercial selling point and a commodified imaginary – although this is not at all mutually exclusive with the evocation of belonging, identity and national cultural values through the countryside. This commodification is seen in the recent revaluing of country getaways (McCarthy), sea-change (Burnley and Murphy) and tree-change (Costello), which in turn invokes the notion of country as a store of traditional values, moral restoration and physical revitalisation.

Clearly, then, these multifaceted invocations of country – as rurality, nationality and commodity – interleave and overlap in various and complex ways. The papers comprising this issue of M/C Journal seek to explore the intermingling discourses of country, and how these have changed (and continue to change) over time and between places. Indeed, many of these meanings have heightened importance in the present cultural and political moment, and the contents of the papers draw attention to these emerging currencies. Country-as-nation(ality) – and as homeland – is reinforced in the current context of social unrest around terror, security, minority political rights, and climate change threats. And as people search for anchors of security, reinvestments are made in the ‘authenticity’ of rurality and rural communities as sources of both personal respite and wider national cultural values. This has flow on effects in the sphere of the cultural economy, where country living, rustic style and bucolic retreats are increasingly sought by cultural consumers. These affiliations between country, nation, rurality, security, community and consumption are critically interrogated in the subsequent papers.

One key theme elicited across the collection is how country – as style, commodity, rurality and/or nationality – shapes social and cultural identities. Annabel Cooper, Chris Gibson, Loria Maxwell and Kara Stooksbury, Anthony Lambert and Catherine Simpson, and Andrew Gorman-Murray, explore the links between country and national identities, and how these interconnections take both similar and different contours across the United States, Europe and the Antipodes. In their papers, Cooper and Gibson also consider the connections between national identities, country style and gendered subjectivities. Simpson and Lambert, Michael Wesch and Clemence Due, meanwhile, draw attention to the links between land, country and Indigenous subjectivities. In doing so, Due and Lambert and Simpson, as well as Lelia Green, Gerry Bloustien and Mark Balnaves, elicit how discourses of country exclude particular identities, and leave certain social groups with a sense of unease. Terry Maybury, Donna Lee Brien and Jesse Schlotterbeck focus on the broader intermingling of rurality, regionality and identity.

Another key theme traced through the papers is how county is also linked with a range of media and cultural commodities. Country music is most well-known in this regard, but also prominent are country and western films and country cooking. Several authors in this collection – Gibson, Maxwell and Stooksbury, and Brien – show the ongoing importance of these products, and their role in linking different notions of country across the scales and sites of the rural, the national and the transnational. Cooper, Schlotterbeck, and Lambert and Simpson reveal how ideas of country seep into films not specifically designated as country films, such as the noir, period and thriller genres. The deployment of country in a range of other cultural and media products is explored in this collection as well, including print news media (Due; Gorman-Murray), tourist promotions (Brien; Gorman-Murray), archival photographs (Gorman-Murray), statecraft (Wesch), and social mores and practices of belonging, attachment and alienation (Green et al; Maybury).

Importantly, then, the papers in this collection, drawing on a range of data, entry points and conceptual lenses, explore the way different meanings and scales country overlap, and how notions of country ‘travel’ between places and contexts, in the process transforming and taking on new inflections. In the lead paper, Annabel Cooper explores the way country, national identities and feminine subjectivities come together in Jane Campion’s Portrait of a Lady. In this evocative discussion she shows how gender is modulated by national identities as much as other subjectivities, and moreover, how the insertion of an Antipodean femininity in the film version of Portrait reworked the geographical underpinnings of Henry James’ novel. She argues that the United States’ national self-imagination has moved on in the century between the novel and the film, and that Campion rearticulated the story through a feminine Antipodean lens. In Campion’s Portrait, notions of country and narratives of national femininities travel not only between the United States and Europe, but between the Americas and the Antipodes as well. Chris Gibson provides a complementary piece. Focusing on the imagery and lyrics of country sheet music in pre-war Australia, he shows how masculinities are inflected by discourses of both country-as-rurality and country-as-nation. In this case, images of masculinities from the American West insinuated into Australia through the trans-Pacific transaction of country music, particularly in the simultaneously visual and oral register of sheet music. For both Gibson and Cooper, country, whether associated with rurality or nationality, is not singularly emplaced, but travels transnationally as well.

Lori Maxwell and Kara Stooksbury also turn their attention to country music. In their case the focus is contemporary country music in the United States, and the role this genre and its artists has played in recent American political culture, particularly Republican positions on ‘love of country’ and national allegiance. Their analysis shows how country, as a commodity linked with a particular species of rurality, is used by presidents, politicians and commentators to frame discourses of patriotic nationalism and appropriate notions of American belonging. Also focusing on cultural production in the United States’ context, Jesse Schlotterbeck critically examines the diverse roles of rurality and rural places in film noir, helping to define a subgenre of ‘rural noir’. He not only discusses the deployment of the rural in noir as a place of goodness, decency and traditional values, but also how the rural is simultaneously drawn into networks of crime, and even becomes a haven for criminality. This adds to work which challenges the romantic idyllisation of the countryside as a site of moral integrity and a store of ‘proper’ national cultural values.

Anthony Lambert and Catherine Simpson similarly raise the spectre of criminality in the countryside through film analysis, but their focus is on the Australian film Jindabyne and the associated geographical context of the Australian Alps. The issues around criminality and country(side) in their analysis is broader than legal transcendence, encompassing contemporary cultural politics and social justice. Jindabyne’s narrative focus on the murder of a young Aboriginal woman provides a catalyst for interrogating Indigenous dispossession, postcolonial race relations, environmental change, and the shifting senses of belonging to country for settler Australians negotiating this ‘aftermath culture’. Andrew Gorman-Murray also concentrates on the Australian Alps, and explores the changing links between this countryside and national identity in a postcolonial settler society, but his cultural political context and catalyst are different: the threats to landscape, country and national values from imminent climate change impacts in the Australian Alps. Cultural dimensions and meanings of climate change are an emerging and important research concern (Hulme), and his analysis demonstrates how national identities and ideals of country(side) are reconfigured through the anticipated effects of climate change on the landscape.

The next few papers turn to minority or Indigenous social groups’ belonging and attachment to country, both as nation and (home)land, through various experiences of insecurity. Lelia Green, Gerry Bloustien and Mark Balnaves discuss their survey finding that Jewish-Australians express the highest level of fear amongst religious groups in this country. Analysing both survey responses and additional narratives, they comprehensively interpret this heightened fear through intersecting contemporary processes of terror, insecurity, anti-Semitism, and diasporic community-formation, which collide in the context of cultural and political rhetoric about national homeland security. Complimenting both this paper and Simpson and Lambert’s discussion, Clemence Due considers the vexed question of who can lay claim to country in Australia – understood at-once as the nation, the rural countryside, and its resources – in the cultural political context of Indigenous dispossession and native title issues. She examines how this debate – about negotiating Indigenous rights to country in a political and legal context of white sovereignty – has been depicted in The Australian during 2008. Michael Wesch explores similar tensions between government authority and Indigenous sovereignty in a different context, that of New Guinea. His ethnographic analysis is evocative, showing the quite different concepts of country deployed by the state and local peoples in relation to land, settlement and governance, where Indigenous relational connections to land and belonging rub up against the categorical imperatives of statecraft.

The final two papers return to rural and regional areas of Australia, and consider embodied connections to place for settler Australians. Situating her discussion within the academic arenas of food studies and the cultural economy, Donna Lee Brien provides an illuminating analysis of the role and significance of rural and regional chefs within their local communities. Her geographical focus is Armidale and Guyra, in northern New South Wales. Linking country as a generic commodity and as a rural locality, she shows how ‘foodie culture’ is not merely a tourist drawcard, but also deeply implicated in the maintenance of the local community. Terry Maybury, meanwhile, delivers a provocative discussion of the links between country, regionality and belonging through a diagrammatical analysis of ‘home’ – home understood as both “the virtuality of digital flows and the reality of architectural footings.” In this conceptualisation, home provides a nexus for self in a global/regional network, the site which allows one to gather the various elements, scales and nuances of country together in a comprehensible fashion. Home, in this way, lies at the heart of country, and makes sense of all its multifarious and interleaving dimensions and meanings.

I would also like to acknowledge and thank Rohan Tate, our cover artist, for providing a photographic montage of ‘country’ which draws together the various strands explored through this collection – as nationality, rurality and commodity. The collection of various signifiers and objects prompts one to question what country is and where it is to be found.

I extend thanks to those who reviewed the submissions for this issue. I trust the readers find this collection of papers as stimulating as I have. I hope the juxtaposition of various takes on country, and discussions of how those meanings and experiences intermingle, prompt further exploration and conceptualisation of the discursive and material significance of country in contemporary society and culture.

Hulme, Mike. “Geographical work at the boundaries of climate change.” Transactions of the Institute of British Geographers 33.1 (2008): 5-11.

Andrew Gorman-Murray is a Research Fellow in Human Geography at the University of Wollongong. He is a cultural, social, political and historical geographer, with broad research interests in the interlinking of space, place and identity. His particular research foci include geographies of sexuality and gender; geographies of home and housing; rural cultural studies; queer festivals and tourism; landscape studies; community studies; and the politics of belonging.