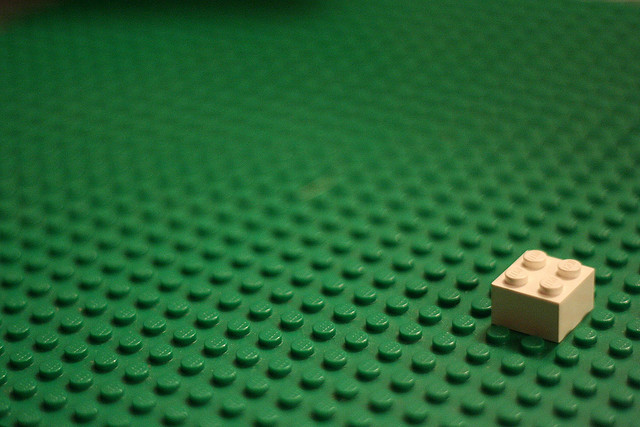 As the global number of human internet users passes 3 billion, and the number of things with unique IP addresses passes an estimated 15 billion, the widespread establishment of computational technologies signals a reality in which digital media are now firmly embedded, increasingly ordinary, and often invisible within cultural and material life. The digital spaces we inhabit and experience are now highly stabilized and structured, organized through regimes of commerce and datafication, and populated by content and users whose lives began already networked in digital forms of production, distribution and consumption. Yet, at the same time, the reconfiguration of internet infrastructures, connectivity, and interfacing expressed in protocols like IPv6, projects such as internet.org, and concepts like the ‘internet of things’ or ‘natural user interface’ signal processes of digital expansion that simultaneously draw our attention to conditions of ongoing change in computational technologies, as well as the patterns of both human and machine ‘use’.

This issue of M/C Journal seeks to explore the beginnings of these familiar and well established, as well as emerging and uncertain, contexts of digital cultures. By focusing on the beginnings, of life, of platforms, of theoretical concepts, of research endeavours, and so on, this issue aims to bring together scholarship around the infant and initial moments of technologies and their use, as well as the processes, relations and forces that shape and are shaped by these beginnings. Alongside critical assessments of repeated cycles of hype or peril in media pasts (Gitelman; Marvin), analyses of obsolescence, amnesia and memory produced by the conditions of the digital present (Chun; van Dijck), and concerns for the monopolisation of the Internet of the future (Wu; Zittrain), studying digital beginnings may offer a way to illuminate the varied forms of meaning, mediation, and materiality at play in configuring the familiar, or perhaps highlighting the potential for alternatives produced at such interstices.

Questions of beginnings feature within research traditions and theories of technology adoption, domestication and development, and so can be understood in reference to individuals and users, but also apply to the birth of applications, technologies or enterprises, to the beginnings of concepts, theories or movements, and to the early periods of research design and investigation. Studying beginnings, therefore, raises questions about digital histories, trajectories and temporalities, and to how we as scholars go about researching such situations (Allen; Brügger). Examining and explicitly surfacing a range of beginnings both highlights the finitude of various technologies and practices while simultaneously demonstrating the historical, cultural and technical contingency of identities, platforms and practices in a wide a range of sociotechnical configurations (Leaver).

This issue begins with Deborah Lupton and Gareth M Thomas examining the hundreds of pregnancy-related apps available today in ‘Playing Pregnancy’. They highlight strategies of gamification and broader ludic elements which frame different forms of engagement, from the provision of information about normative growth patterns during pregnancy to playfully provoking self-tracking and quantification of the unborn. They argue that the ‘algorithmic authority’ of pregnancy tracking apps encourage users to conform to expectations of self-responsibility, self-management and normalise both self-monitoring and a regime which explicitly links the monitoring of the unborn with evidence of care.

In ‘Getting Personal’, Sophia Johnson offers a self-reflective piece that contemplates emerging research methods, new technologies for parents and, more personally, the birth of her first child. She reflects on the changing nature of pregnancy and mothering practices in the contexts of increased ‘appification’, noting the ways apps format motherhood through processes like a ‘tidbitisation’ of information delivered directly into intimate spheres, and how discourses of responsibilisation embodied in the administration, calculation and valuing of data over subjective experiences are negotiated.

In their article, Donell Holloway, Lelia Green and Kylie Stevenson report on the beginnings of a research project entitled Toddlers and Tablets: exploring the risks and benefits 0-5s face online, and proposes the notion of Digitods to describe children who have ready access to touchscreen technologies since birth. Their article notes the currently limited amount of media studies research about these children’s digital media use, and argues for research grounded in the everyday life of very young children and their families.

In ‘Accidental, Assisted, Automated’, Bjorn Nansen reports on research exploring infants’ everyday encounters and entanglements with mobile media in family life. Nansen identifies the ways infants’ mobile media use is assembled through touchscreen interfaces, proxy parent users, and commercial software sorting. He conceptualises infants’ communicative agency through an emerging repertoire of techniques involving: accidental, or non-purposeful interactions with touching screens inadvertently activating applications like Skype; assisted media use, facilitated by parents introducing, activating and guiding use, such as scrolling family photos; and, automated use enabled by algorithms such as YouTube’s autoplay function. Nansen’s research highlights the ubiquity of mobile media in young lives, arguing for critical and ethical, rather than resistant, responses.

Esther Milne offers an historical analysis of the spreadsheet, looking into issues of format and intellectual property, before exploring the materiality and operation of the spreadsheet in everyday life to manage risk in relation to personal data management and the Quantified Self. She argues that the banality and familiarity of the spreadsheet belie its affective intensities and violence through the ways these forms, like other administrative media, operate as tools of governance.

In ‘Extra-planetary Digital Cultures’, David Crouch and Katarina Damjanov explore how many of the origins of our digital culture can be located in the history of space exploration, and how contemporary digital flows are dependent upon technologies such as satellites placed in outer space, before turning to the beginnings of extra-planetary digital cultures. Drawing on thinkers such as Gilbert Simondon and Bernard Stiegler, they argue that this situation expresses the next stage in thinking about the inseparability of the human from the technological.

Finally, in ‘Startling Starts’, Isabel Pedersen and Kirsten Ellison begin a critical examination of the rhetorical strategies deployed in describing and introducing smart contact lenses. They argue that between interviews, press releases, advertising and social media likes, technologies are situated as astonishing, but in a routinized trajectory. A form of technogenesis occurs where the beginnings and normalisation of a new technology lie not only in the material form, but in the descriptions, discussions and rhetoric which precede even public prototypes. The importance of beginnings lie not only in the material form, but the way that form is carefully introduced into the public imaginary. Beginnings matter: they introduce, shape and build desire for new technologies long before they actually exist.

Responding to the invitation to explore digital beginnings, the articles collected in this issue of M/C Journal highlight a range of emerging issues, practices and focal points. The digital mediation of the unborn or newly born is the focus of a number of articles, from the algorithmic imperatives of pregnancy-tracking apps to baby selfies, infant brand ambassadors, and the urgent need to better understand emerging social and cultural rhythms of everyday life in which young people are always already imbricated in media systems and mediation of various forms. Also important are the implications of emerging computational devices, systems and interfaces, as well as the possibilities embedded in the beginnings of media research and cultures. Collectively, these articles offer alternative accounts of the often accepted myths or axiomatic understandings of the new or the commonplace.

Zittrain, Jonathon. The Future of the Internet, and How to Stop It. New Haven: Yale University Press, 2008.

Lecturer and Undergraduate Coordinator, Media and Communications Program, The University of Melbourne

Senior Lecturer in the Department of Internet Studies, Curtin University