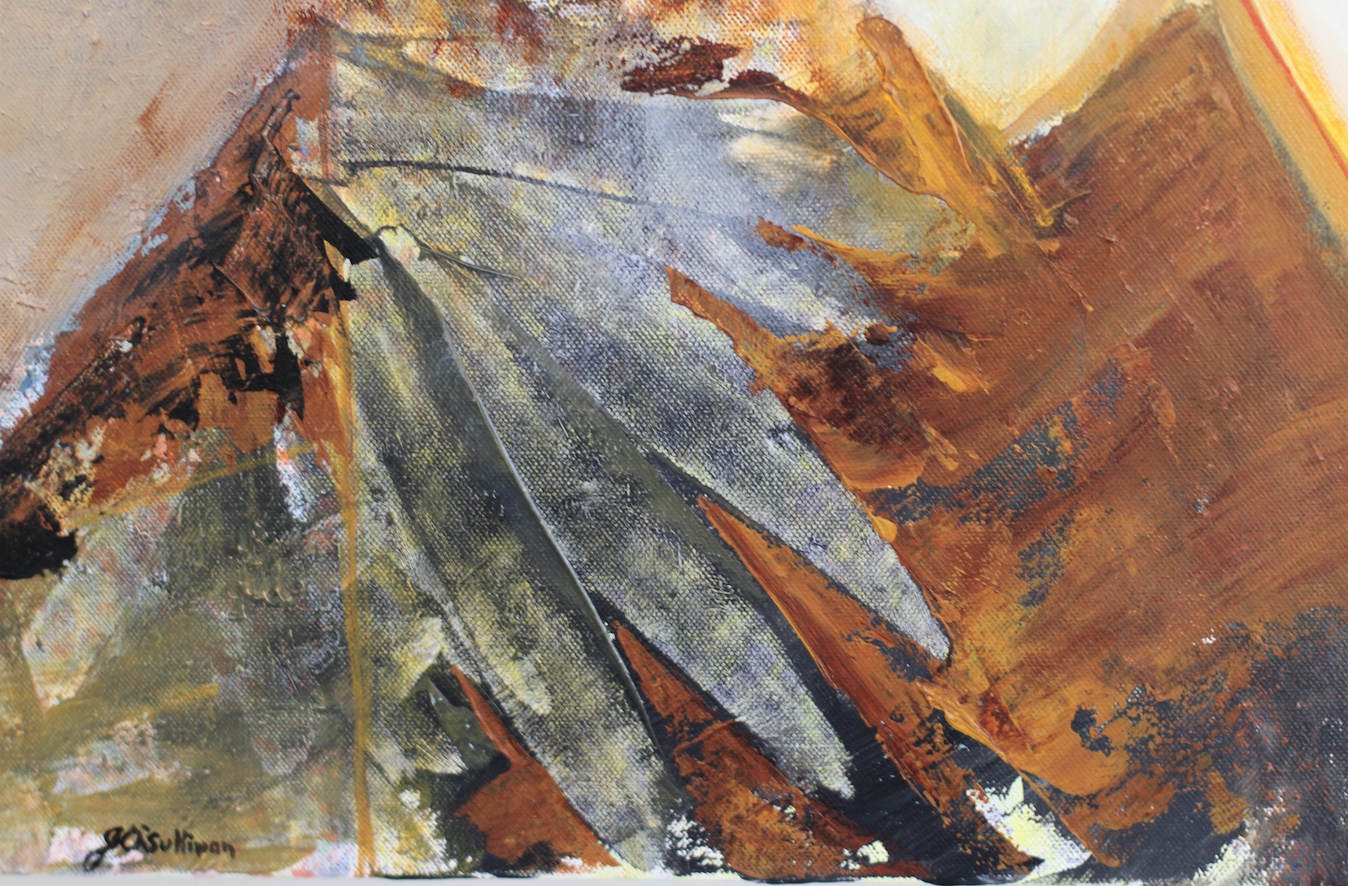 In a 1984 New York Times interview, Germaine Greer discussed the quite different views that have surrounded her supposed attitude towards sex. As she put it, “People seem to think I'm Hugh Hefner and that the reason women started having sex is because I told them to” (qtd. in De Lacy). This view had, however, shifted by the 1980s. As she told reporter Justine De Lacy, “Now they are saying that I'm against sex.”

In this article, I tease out Greer’s remarks about the supposed transformation of her political persona. I do so with reference to her work on Suck Magazine, which was billed by its editors as “The First European Sex Paper,” and which was first published in 1969 (cited in Gleeson 86). The article has two key aims. The first is to demonstrate that Greer has not (as it might seem) transformed from a sexual revolutionary to an anti-sex ideologue. This view is too simplistic. The article’s second aim is to explore Greer’s significant but under-acknowledged contribution to feminist debates about pornography. Far from being strictly anti- or pro-porn, Greer’s work on Suck actually aligns with both of these positions, and it appeared before the feminist porn debates really gained traction.

The apparent political transformation that Greer mentioned in 1984 has been particularly apparent since the 1990s. Since that decade, she has criticised pornography on several occasions. For example, in her book The Whole Woman (1999), Greer argued, “Pornography is the flight from woman, men’s denial of sex as a medium of communication . . .” (181). In an article published in The Guardian in 2000, Greer wrote, “Can [pornography] go too far? No, it can't. As far as male sexual fantasy is concerned there is no too far.” In a 2012 episode of the Australian current affairs program Q&A, Greer argued, “Pornography is the advertisement of prostitution.”

Greer’s stance on pornography, and particularly her invocation of female sexual subordination, might seem to represent a radical shift from the political persona that she cultivated during the 1960s and 1970s. During that earlier period, Greer was arguing for female sexual empowerment. She posed nude for Suck. In 1971, the US magazine Life described Greer as a “saucy feminist that even men like” (qtd. in Wallace, unpaginated photograph). There is nothing “saucy” about her more recent anti-porn posture; this posture is not concerned with “empowerment” in any obvious way.

Yet I would suggest that Greer at least anticipated this posture in her work on Suck. In that magazine, she did not frame sex as being entirely emancipatory. Rather, Greer argued for sexual liberation (particularly for women), but (in doing so) she also invoked the hierarchical gender roles that would later be invoked in anti-porn feminist arguments. Examining some of Greer’s contributions to Suck will make clear the important contribution that she has made to feminist debates about pornography. These are debates which she has not generally been associated with, or at least not to the extent that Andrea Dworkin and Catharine A. MacKinnon (both US feminists who have very publicly remonstrated against porn) have (see Dworkin; MacKinnon and Dworkin).

Among the most striking aspects of Greer’s work on Suck is that it actually mobilises aspects of both these (loosely-defined) feminist positions, and appeared almost a decade before pornography became an issue of contention amongst feminists. This work was published not in North America, but in Europe; the Australian-born Greer was living in the United Kingdom at the time of that magazine’s publication, and indeed she has been described as “Britain’s . . . most well-known feminist” (Taylor 759; and see also Gleeson).

Greer co-founded Suck in 1969, the year before The Female Eunuch was published. Greer had already established a minor public profile through her journalistic contributions to the London-based Oz Magazine. Several of those contributions were written under the guise of “Dr G—the only groupie with a Ph.D in captivity,” and featured references to “groupiedom” and “cunt power” (qtd. in Gleeson 86). Suck was published in Amsterdam to circumvent “British censorship laws” (Wallace 15). The magazine was very much a product of the then-current sexual revolution, as suggested by the following passage from a 1971 editorial: “Our cause is sexual liberation. Our tactic is the defiance of censorship” (University of Melbourne Archives). Suck comprised sexually-explicit imagery (for example, nudity and shots of (hetero)sexual penetration) and similarly explicit articles. These articles are furnished with the vivid, deliberately provocative prose for which Greer is renowned.

In some articles, Greer argues that women’s acceptance of their bodies constitutes a rebellion against patriarchy. In a 1971 article, she writes, “Primitive man feared the vagina . . . as the most magical of magical orifices of the body” (University of Melbourne Archives). The title of this piece is “Lady Love Your Cunt,” and indicates Greer’s view that patriarchal fears—or, as she puts it, the fears of “primitive man”—have contributed to stigma that has surrounded the vagina. Greer concludes thus: “Why not send a photograph of your own cunt, with your names labelled on?” (Whether any readers responded to this invitation remains unclear.) In “Bounce Titty Bounce,” she describes a “Mafia that controls the shapes of [women’s] bodies” (University of Melbourne Archives). This control is particularly evident in the brassiere, which Greer calls “a muzzle, a mask, binding joys and desires with wire and rubber and nylon and clips and cotton.”

In a 1970 article entitled “Ladies get on top for better orgasms,” Greer opens with the statement: “The prevalence of the missionary position of fucking in the Western World [sic] seems to mean a widespread unfairness in sex.” She elaborates:

Even if women were not . . . slighter than men, the missionary position would have little to commend it. The hands of the man are not free to play with his lover’s breasts or clitoris . . . because he must support himself, at least partially by them . . . The male ismin [sic] full control.

Greer concedes that the “female on top position is perhaps the least popular of the alternatives to the missionary position.” The “female on top” position does, however, have advantages for women, one being that a woman “can arrive at a position to accept the cock without having to take her weight on her hands.”

Greer’s best-known contribution to Suck is a selection of nude photographs that were published in a 1971 edition. In one shot, Greer is lying on her back, her legs behind her ears, her anus directly in front of the camera. In another shot, she is positioned in the same manner, although her anus and vagina are more central within the frame. In both shots, Greer is gazing directly into the camera and smiling.

On one level, the textual and photographic examples described above—and, in fact, the very publication of Suck—suggest a rebellion against sexual repression. This rebellion was characteristic of the sexual revolution (Gleeson 86). Yet, in advocating female sexual empowerment, Greer distanced herself from the masculine bias of that movement. In her 1984 New York Times interview, Greer was quoted as saying that “. . . the sexual revolution never happened. Permissiveness happened, and that’s no better than repressiveness, because women are still being manipulated by men” (qtd. in De Lacy). Here, she anticipates arguments (e.g. Jeffreys) that the sexual revolution of the 1960s and 1970s actually sanctioned (heterosexual) male desire and men’s sexual access to women.

Thus, Greer’s Suck contributions seem to foreshadow the “sex-positive” feminism that would emerge later in the 1970s in North America (e.g. Duggan and Hunter). Her work would also anticipate feminist uses of porn to explore female sexuality from specifically female and feminist perspectives (see Taormino et al.). A closer examination of these contributions, however, suggests a more complex picture. Witness Greer’s reference to the popularity of “missionary sex” as a reason for “widespread unfairness in sex,” or her description of a (presumably) male-dominated “Mafia” who control women’s bodies (for example, via the bra). In a newspaper interview that was published around the time of The Female Eunuch’s 1970 publication, Greer argued that sex needs to be “rescued” from the patriarchy by feminists. This is because sex under patriarchy has been characterised by the dichotomised positions of “powerful and powerless, masterful and mastered.” In this scenario, women are the ones who are “powerless” and “mastered.” The title of that interview is “Author Attacks Dominating Male” (University of Melbourne Archives).

The above statements suggest a sexual landscape characterised by “potentially violent, dominant men and subordinated, silenced women” (Duggan and Hunter 7). In this landscape, sex is a site of gender inequality; and even something as apparently innocuous as underwear is used by men to control women. The pervasive sense of patriarchy invoked here would (as scholars such as Duggan and Hunter have argued) be invoked in much anti-pornography feminist writing. And Greer would go on to concur with the anti-porn stance, as the three pronouncements cited at the beginning of this article attest. (In Suck, Greer does not attempt to define “pornography,” and nor does she classify her contributions as being “pornography” or “anti-pornography.”)

I have argued that it is useful to revisit some of Germaine Greer’s contributions to Suck Magazine in order to reassess her apparent transformation from sexual revolutionary to anti-sex ideologue. These contributions (which include articles and photographs) are celebrations of female sexual empowerment and critiques of what Greer sees as a pervasive gender hierarchy. I have argued that this work is also useful in that it anticipates the feminist debates about pornography that would gain ascendance in North America almost a decade after Suck’s publication. Greer articulates arguments that would come to be aligned with both “sex-positive” and “anti-pornography” feminist discourses. To this extent, she has made an important and thus far largely unacknowledged contribution to these highly polarised feminist debates.

Jay Daniel Thompson currently lectures in the College of Arts at Victoria University, and in both the School of Culture and Communication and the Asia Institute at the University of Melbourne.

Dr Thompson has researched broadly in the field of gender and sexuality studies. He is currently working on a monograph about 'sexualisation of youth' debates in Australia.