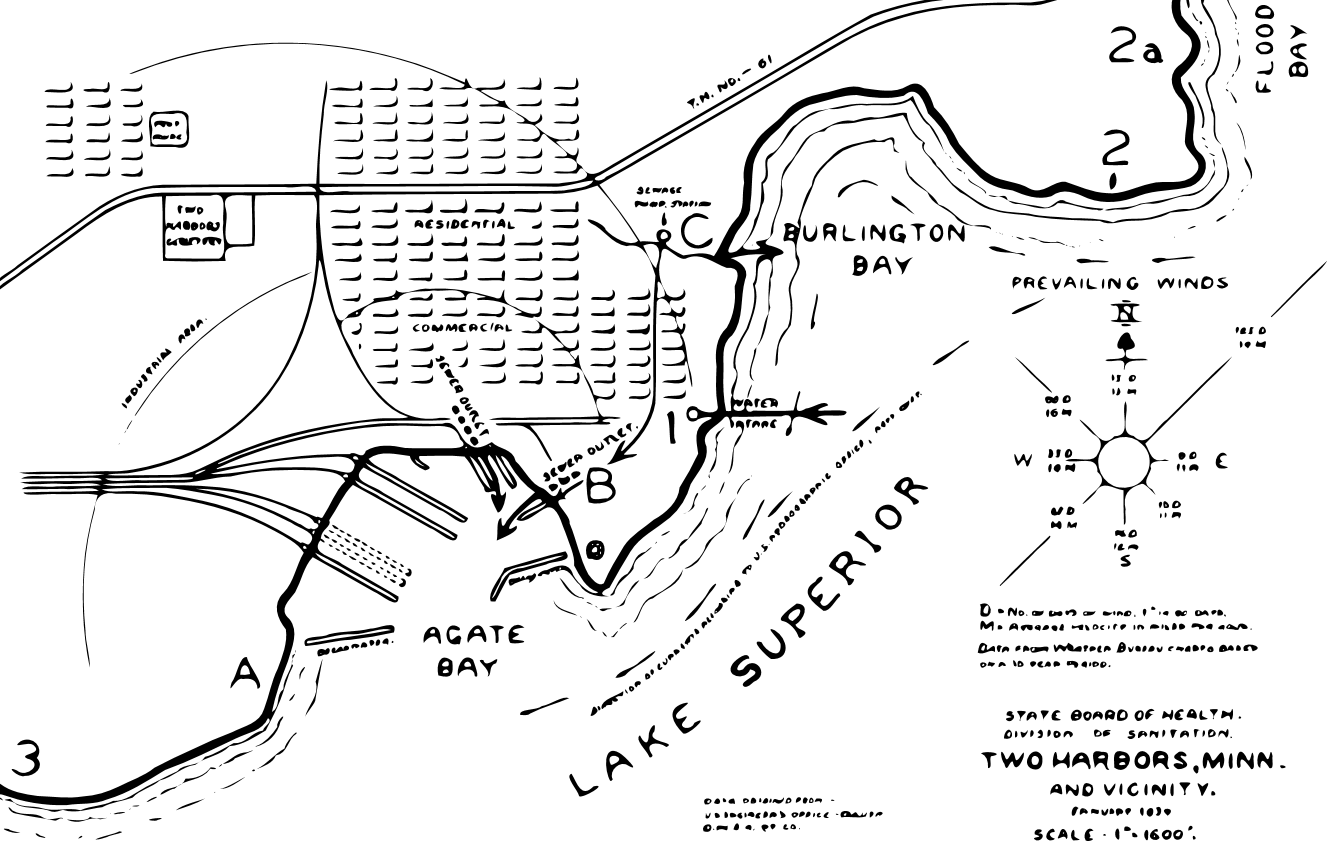 The ways in which artists, musicians, filmmakers and other creative practitioners perceive, navigate and represent 'place' in their work is complex and multifaceted. Further, place-based conditions also influence the ways in which creative activity occurs in particular locales. This raises questions regarding the role of history, economics, attitudes towards and perceptions of particular forms of arts and culture, shared social and creative contexts, and the geographical location of places, in shaping and fostering creativity. While the relationship between place and creative practice is now widely recognised across the social sciences, it remains poorly conceptualised at the level of specific forms of artistic and creative practices and creative industries. The aim of this issue has been, therefore, to bring together scholarship from across a range of disciplines that is concerned with the relationship between broadly defined concepts of place and creativity.

This issue brings together scholars whose work examines a wide range of geographical and digital, real and imagined concepts of place, working from a wide range of locales: America, Australia, Canada, Europe, New Zealand, Singapore and the United Kingdom. Practices related to artisans, music, film, visual arts and broadly, place-specific creative economies form the focus of this issue. Such a broad spectrum of scholars and associated sectors represents the vast ways in which concepts of place all at once influence, and be influenced by, creativity, and creative and cultural practices.

The first five articles of this issue examine in various ways the relationship between culture, art and the urban. In the feature article, Samuel Whiting and David Carter focus on Australian live music to consider broader issues around access to places that cultivate artistic practice, communities and audiences. Their analysis suggests three key factors which enable and constraining access to live music: public transport; social status and stage of life; and government regulation. Their findings suggest that traditional conceptions of access have limited utility when applied to live music - an important conclusion in the context of high levels of venue closures and the pressing need to foster and support place-based live music scenes.

Staying on the theme of music, Robert C. Kloosterman and Amanda Brandellero consider the role of the Chelsea Hotel in New York and the Indica Bookshop and Gallery in London in the 1960s as meeting places for musicians, artists, managers and hangers-on, and thus as key social institutions in the development of the music scenes of these cities. They suggest that their central location, proximity to night clubs and venues, tolerant atmosphere towards drugs and sex, and the continuous flow of key actors, acted together to foster cultural innovation. Thus innovation can be clearly tied to particular urban places and spaces at particular times.  Yet often, ‘place’ is a much more difficult concept to tie down.

Saesha Senger examines the music of Paris-based French rapper, MC Solaar. Senger points to the importance of local influences on Solaar’s music, such the way in which Parisian banlieues, nightclubs, and other places figure prominently in particular songs. Yet she also notes the importance of American references, used as part of a conscious connection to rap’s lineage. Thus the mixture of the local and global is highly evident in Solaar’s music, and Senger suggests that while countries, cities, neighbourhoods, and even specific government housing developments inform the music, the identities of these places are not fixed either for the performers or for the audience. His account thus points to some of the complexities of ‘place’ as it relates to culture and cultural production under contemporary globalization.

Moving beyond music, Stephen Marotta, Austin Cummings and Charles Heying also consider some of the complexities of the concept of ‘place’, with specific reference to the Artisan Economy of Portland, Oregon. Their account of the resurgence of place specificity and branding, through the notion of ‘Portland Made’, seeks to reveal an important tension immanent in the notion of place: that place is both real and imaginary. ‘Place’, they suggest, conceptually captures various intersections of materiality and mythology, aesthetics and economics, with makers actively producing Portland as both a local and global ‘place’.

The paper by Joshua Syenko examines the productive relationships between art, landscape and cities as sites of collective memory. Focusing on Gibellina, a Sicilian town destroyed in 1968 by a series of earthquakes, and the subsequent struggle among its community to articulate a sense of spatial belonging with its remains, Syenko considers how memorial objects in Gibellina have become integral to the reimagining of place. Questioning the relationships forged between the history of Gibellina and its architectural presentation, the paper raises important issues about the complexity of ‘place’ with regards its ritual and memorial functions.

The next three papers perform the important task of switching our attention from the urban, on which the majority of literature on place and culture has tended to focus, to consider creativity and creative production in the context of rural and ‘peripheral’ places. Elasaid Munro focuses on recent attempts to develop the creative economy in rural Scotland. Within rural communities, she suggests, there is a sense of being distant from decision makers and being isolated in terms of practice. Her findings suggest that ‘importing’ models from urban contexts is alienating and frustrating for rural creatives, who seek through their work to contribute to the development of the communities within which they are embedded, rather than engaging in creative activities merely for economic gain. Highlighting the piecemeal funding and support landscape, Munro argues that targeted, rural-specific interventions are required if the potential of the rural creative industries is to be maximised.

Staying in Scotland, and also focusing on the issue of appropriate frameworks of support for the creative economy, Katherine Champion explores the relationship between place and the screen industries. She argues the need for a closer examination of the role of incentives and infrastructure investment in developing a vibrant and sustainable industry. Recent success for the screen industries in Scotland, Champion suggests, can in part be attributed to interventions including increased decentralisation of broadcasting and high-end television tax incentives. Yet, she also identifies gaps in infrastructure which continue to stymie growth and have led to production drain to other centres. Important questions are raised regarding the difficulties of establishing a rich production ecology that is far removed from the traditional ‘hub’ of the industry in London and the South East England.

Moving to rural Australia, Robin Ryan considers the mobilisation of culture as a socioeconomic resource. Specifically, she focuses on the town of Northcliffe, which in 2015 found itself at the centre of the largest wildfire in the recorded history of the southwest region. In her article, Ryan highlights the importance of the local creative scene in providing a cultural and socioeconomic resource for conservation and the healing of community spirit, and draws important links between place-based social, economic and material conditions and creative practices. In particular, she highlights how the ecologically-inspired musical representation of place can act to draw out the richness and significance of place.

The issue closes with two papers that consider place not only as it is constituted physically but also virtually through digital technologies. Alfio Leotta argues that the digital revolution has been characterized by the overlapping of different media technologies and platforms which have not only reshaped forms of audiovisual consumption but also conceptions of place and space. Focusing on film locations, tourism, and digital mapping tools, Leotta demonstrates how the smartphone, as a new hybrid media platform online communication and GPS capability, has begun to play to a crucial role in the construction of new notions of place. He argues that, through providing new layers of cultural meaning and alternative modes of affective engagement, apps and maps are contributing to the redefinition of both the notion of tourist destination and the construction of place identity. Such research is crucial in shedding light on the way in which contemporary leisure activities reshape the cultural, social and geographic meaning of place.

Finally, Jason Luger considers how the digital realm is necessitating a reconceptualization of urban space. Focusing on the concept of ‘placeless art’ through field-research in Singapore, Luger considers the ways in which social media and other digital platforms have extended the art-scape to a new, global, hyper-connected scale. Interactive and immaterial art-making, he argues, increasingly complements, and in some cases supplants, traditional place-based artistic practice. Yet, he emphasises that despite the emergence of ‘placeless’ art-forms, specific urban sites remain crucial anchoring nodes in a critical art ecosystem. Thus, we are returned squarely to the importance of place.

When taken together, this collection of articles pick up on just some of the many complexities inherent in the relationship between place, culture and cultural production, across a variety of creative practices and geographical contexts. While there is much scholarship in this area, it is clear that our understanding of these complexities remains underdeveloped. This set of articles make an important contribution in this regard. All of the articles point to important avenues for further research, and we hope will inspire and shape further scholarship in this area.

Dr Christina Ballico is an independent researcher from Perth, Western Australia. Her research broadly examines the relationship between music and place, including aspects such as creative and cultural capital, business and career development, popular music culture and policy, and creative and cultural clusters. Christina's research has been presented at academic and industry conferences across Australia as well as in Canada, New Zealand and Portugal, and been published in select academic journals. She is a general member of the West Australian Music Council, and the International Association for the Study of Popular Music (Australian New Zealand chapter).

Dr Allan Watson is a Lecturer in Human Geography and researcher in the Centre for Research in Communication and Culture at Loughborough University, UK. His research focuses on the geographies of music and the music industry. His work has been published in a wide range of journals as well as a research monograph, "Cultural Production in and Beyond the Recording Studio"(Routledge, 2014). He is Associate Director of the Globalisation and World Cities (GaWC) research network for Cultural and Creative Industries.