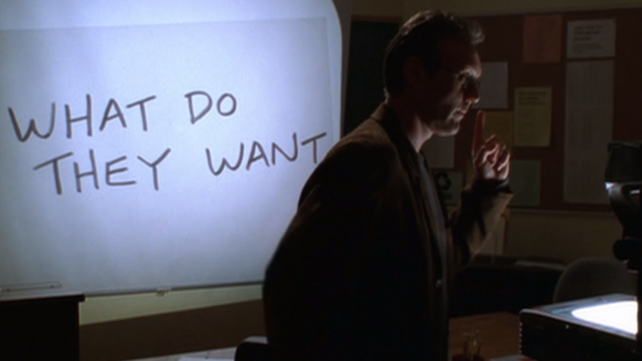 The sentiment analysis was conducted using SentiStrength, a software tool that extracts both positive and negative sentiment strengths “from short informal electronic text” (Thelwall et al., 2545), and ranks it “on a numerical scale” (Driscoll 3). Sentiment analysis and SentiStrength are useful, but not perfect, tools with which to analyse Facebook captions. For example, SentiStrength determines two scales: a positive emotion measurement scale ranging from +1 (neutral) to +5 (most positive), and a negative emotion measurement scale ranging from –1 (neutral) to –5 (most negative). It calculates the positive and negative scores concurrently rather than averaging them out in order to acknowledge that captions can and do express mixed emotion (Driscoll 5).

The Autism Speaks Facebook page was set up to fund “research into the causes, prevention, treatments and a cure for autism; increas(e) awareness of autism spectrum disorders; and advocat(e) for the needs of individuals with autism and their families” (Autism Speaks). The location of the prom was not specified; however, Autism Speaks is based in New York. This particular Facebook page was selected for this study based on criticism that Autism Speaks receives from disability advocates. One of the major critiques is that “(its) advertising depends on offensive and outdated rhetoric of fear and pity, presenting the lives of autistic people as tragic burdens on our families and society” (Boycott Autism Speaks). Autism Speaks has also been described as a problematic example of an organisation that “dictate(s) how disability should be perceived and dealt with. Often without input of disabled people either in the design or implementation of these organizations” (crippledscholar). This article goes on to state that “charities always frame what they do as positive and helpful even when the people who are the intended recipients disagree.”

The prom king post included a photo of a young man with autism after he was crowned. He was standing beside a woman who wasn’t identified. The photo, posted by the young man’s aunt on the Autism Speaks Facebook page, included a status update that read:

My autistic nephew won PROM KING today! Just so you all know, having a disability doesn’t hold you back if you don’t let it! GO [NAME]. #AutismAwareness (Autism Speaks)

Tears of Joy! Thank you for posting!!! Wow this gives me hope for his and my son’s and everyone’s special wonderful child nephew and niece! Way cool!

However, because SentiStrength does not always accurately detect and measure sarcasm or idiomatic language usage, ”Tears” (the only negatively interpreted word in this caption) has been scored as –4, while the overall positive sentiment was scored as 3. Therefore, the final SentiStrength score of this caption was 3, –4, thereby demonstrating both the utility and limitations of SentiStrength as a sentiment analysis tool. This is useful to understand when analysing the data it produces.

Use of Language: Kind, or Patronising?

On the surface, this congratulatory caption seems like a kind thing to post. However, inspiration porn has been identified in this analysis based on the caption’s effusive use of punctuation coupled with use of capital letters and the word “sweetie”. The excitement depicted through use of multiple exclamation marks and capital letters implies that the commenter has a personal connection with the prom king, which is a possibility. However, this possibility becomes less feasible when the caption is considered within the context of other captions that display not dissimilar use of language, as well as some that also display intimate emojis, such as grin faces and love heart eyes. Further, when this use of language is used with any consistency across a thread and is not coupled with textual information that implies a personal connection between the commenter/s and the prom king, it could be interpreted as patronising, condescending and/or infantilising. In addition, “sweetie” is a term of endearment commonly used in conversation with a romantic partner, child, or someone the speaker/writer knows intimately. While, again, it is possible that these commenters knew the prom king intimately, a more likely possibility is that he was being written to by strangers, yet using language that implied he was close to them—which would then have the same patronising connotations as above. It can therefore be argued that there is a strong possibility that this heightened use of intimate and emotional language was chosen based on his autism diagnosis.

The conclusion drawn above is based in part on contextual similarities between the Autism Speaks post and its associated thread, and the aforementioned homecoming queen news article. In the former, it is likely that the young prom king was congratulated effusively because of his autism diagnosis. Similarly, in the latter article, the young woman was crowned not because she was named homecoming queen, but because the crown was given to her because of her diagnosis of cerebral palsy. As both gestures appear to have been based on others’ perceptions of these individuals’ disabilities rather than on their achievements, they are both likely to be patronising gestures.

In addition to use of language, another noteworthy issue in the captions thread on the Autism Speaks Facebook page was that many of them were from parents disclosing the diagnosis of their child. One example of this was a post from a mother that read (in part):

I’ll be over here worried & concerned with the other 9,999 & ½ things to deal with, keeping up with new therapies, current therapy, we came in progress from any past therapies, meltdowns, dietary restrictions, educational requirements, The joy and difficulties of not just learning a new word but actually retaining that word, sleep, being hit, keeping him from hitting himself, tags on clothes etc. etc. [sic] (Autism Speaks)

Furthermore, some of the children who were disclosed about on the main thread were too young to be asked consent, and it is unclear whether those who were old enough had the capacity to provide informed consent. Research has found that online over-disclosure in general is a matter of concern.

The specific practice of online over-disclosure from parents about their children—with or without disability—has been raised by Leaver (151), “what happens before young people have the agency, literacy or skills to take the reins of their own selves online? Parents, guardians, loved ones and others inevitably set the initial identity parameters for young people online.” Over-disclosure is therefore also an issue that concerns people with disability, and the people closest to them.

There exists both anecdotal evidence and academic research regarding online over-disclosure about people with disability. The research states that when people with physical disability disclose online, they employ strategic approaches that involve the degree to which they disclose (Furr, Carreiro, and McArthur). This suggests that there are complex factors to consider around such disclosure. Also relevant is that the practice of over-disclosure about another person’s disability, regardless of whether that disclosure is made by a close family member, has been critiqued by people (Findlay; Stoltz) within the disability community: “would you publicly share this information about your other children, an aging parent, or yourself?” (Stoltz). Finally, the practice of disability over-disclosure by anyone other than the person themselves supports the understanding that inspiration porn is not about the “object” of inspiration; rather, it serves to give pleasure (and/or pain) to the objectifier.

Inspiration porn via the ableist gaze is discriminatory because it focuses on a (societally) undesirable trait in a way that serves the “gazer” at the expense of the “gazed-at”. That is, people with disability are objectified and exploited in various ways that can initially appear to be positive to people without disability. For example, when someone with disability posts or is posted about on Facebook, a person without disability might then add a caption—possibly with good intentions—that serves as their “inspired” response to what it “must” be like to have a disability. It can be argued that such captions, whether on news articles or when framing social media images, therefore either reflect or create existing social inequalities—and possibly do both.

Findlay, Carly. “Inspiration and Objectification of People with Disability – A Resource for Teachers and Parents.” Tune into Radio Carly 5 Feb. 2017. 21 May 2017 <http://carlyfindlay.blogspot.com.au/2017/02/inspiration-and-objectification-of.html>.

Haller, Beth, and Lingling Zhang. “Stigma or Empowerment? What Do Disabled People Say about Their Representation in News and Entertainment Media?” Review of Disability Studies: An International Journal 9.4 (2014).

Stoltz, Melissa. “Parents of Children with Disabilities: Are We Speaking with or for a Community?” Two Thirds of the Planet 22 Jan. 2016. 21 May 2017 <http://www.twothirdsoftheplanet.com/parents-disability/>.