Protest in Progress/Progress in Protest 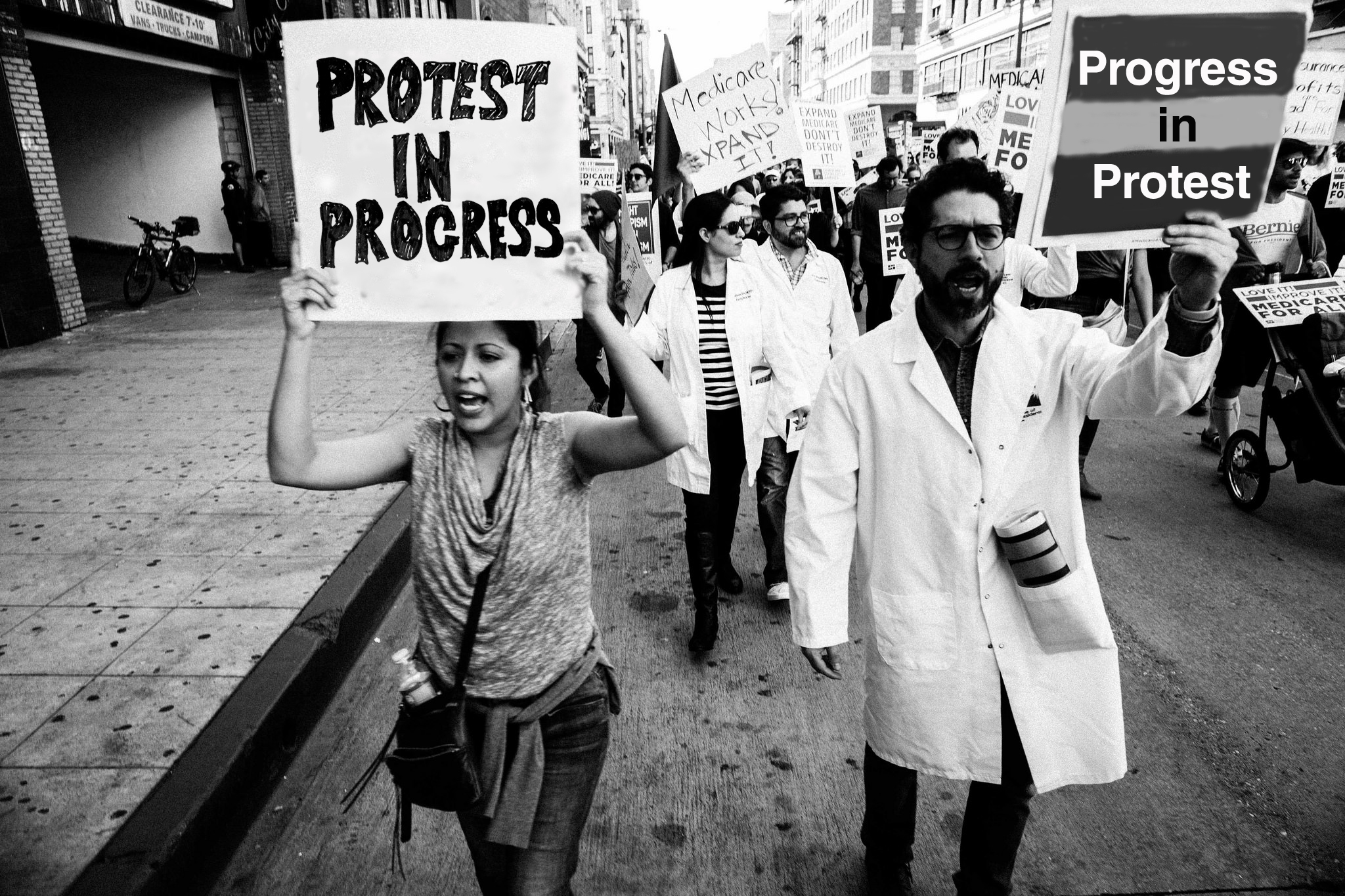 To sin by silence, when we should protest,
Makes cowards out of men.
— Ella Wheeler Wilcox

Protest is culturally entwined in historical and juro-political realities and is a fundamental element of the exercise of individual and collective rights. As our title notes, while there are currently many ‘protests in progress’ around the world, there is also a great deal of ‘progress in protest’ in terms of what protests look like, their scale and number, how they are formed and conducted, their goals, how they can be studied, as well as the varying responses formed in relation to protest.

The etymology of protest associates two important dynamics pertaining to the topic. Firstly, a protest is something that is put forward, forth, or toward the front (from the Latin pro); essentially, it is in one manner or another, made publically. Secondly, it suggests that a person or persons have beared witness (testis) and instead of remaining silent, have made a declaration or assertion (testari). In other words, someone has made public their disapproval or objection. The nine articles that comprise this issue of M/C Journal on ‘protest’ reminds us of these salient elements of protest. Each, in their own way, highlight the importance of not remaining silent when faced with an injustice or in order to promote social change. As Bill McKibben (7) outlines in his foreword to an excellent collection of protest documents, ‘voices of protest ... are often precisely what propels human civilisation forward and allows it to become unstuck’. However, not all forms of contemporary protest shares ideological or progressive aims. Here, we might consider the emergence of contentious formations such as the alt-right and antifa, what is considered ‘fake’ or ‘real’, and ongoing conflicts between notions of individual and collective rights and state sovereignty.

This modest but insightful collection demonstrates the broad scope of this field of inquiry. This issue explores the intersections among social justice, identity and communications technology, as well as the convergences and divergences in the form, function and substance of protest. Through an analysis of protest’s relationship to media, the author’s highlight the possibilities of protest to effect social change.

The issue begins with Lakota screenwriter and activist Floris White Bull’s (Floris Ptesáŋ Huŋká) discussion of the documentary AWAKE, a Dream from Standing Rock (2017) and the #NODAPL protest. The film, split into three parts, takes a poignant and quite personal look at the native-led peaceful resistance at the Standing Rock Sioux Reservation in North Dakota in 2016. This protest involved tens of thousands of activists from all over the world who opposed the construction of the Dakota Access Pipeline (DAPL) which was to transport fracked oil directly underneath the Missouri River and through sovereign Lakota land (see Image 1). However, the events at Standing Rock were not a single-issue protest and brought activists together over a range of interrelated issues including environmental protection, human rights, water security, community health and Native American sovereignty. The Water Protectors were also forced to contest racist and disparaging media representations. As such, Standing Rock remains a site of cultural exchange and learning. These protests are not historical, but instead, are an ongoing struggle. The film AWAKE is important as testimony to the injustices at Standing Rock. A short description of the film is first provided in order to provide some additional context to perspectives addressed in the film. From there, White Bull has been invited to respond to questions posed by the editors regarding the Standing Rock Protests and documentary films such as AWAKE. As an Indigenous person fighting for justice, White Bull reminds readers that ‘[t]he path forward is the same as it has always been – holding on to our goals, values and dignity with resilience’. 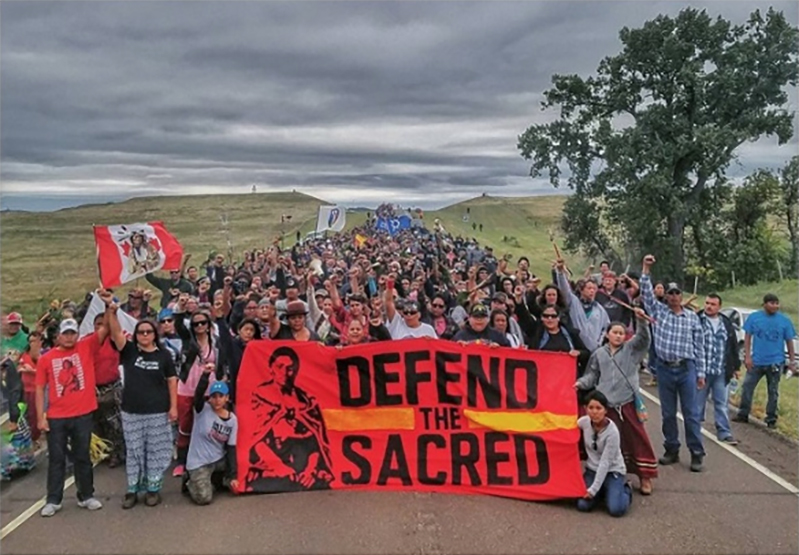 Cat Pausé and Sandra Grey use an example of fat shaming to investigate how media impacts body politics and determines who is enfranchised to voice public dissent. Media becomes a mechanism for policing and governing bodily norms and gendered identities. As well as outlining a brief history of feminist body activism, the authors draw on personal experience and interview material with activists to reflect on fat embodiment and politics. Also informed by intersectional approaches, their work alerts us to the diverse vectors by which injustice and oppression fall on some bodies differently as well as the diverse bodies assembled in any crowd.

Greg Watson suggests that “[c]ontemporary societies are increasingly becoming sites in which it is more difficult for people to respectfully negotiate disagreements about human diversity”. Drawing on his experiences organising Human Libraries throughout Australia, Watson argues these spaces create opportunities for engaging with difference. In this sense Human Libraries can be considered sites which protest the micropublics’ “codes of civility” which produce everyday marginalisations of difference.

Micropolitics and creative forms of protest are also central to Ella Cutler, Jacqueline Gothe, and Alexandra Crosby’s article. The author’s consider three design projects which seek to facilitate ethical communication with diverse communities. Drawing on Guy Julier’s tactics for activist design, each project demonstrates the value of slowing down in order to pay attention to experience. In this way, research through design offers a reflexive means for engaging social change.

Research practices are also central to making visible community resistance. Anthony McCosker and Timothy Graham consider the role of social networking in urban protests through the campaign to save the iconic Melbourne music venue The Palace (see Image 2). Their article considers the value of social media data and analytics in relation to the court proceedings and trial processes. Given the centrality of social media to activist campaigns their reflections provide a timely evaluation of how data publics are constituted and their ongoing legacy. 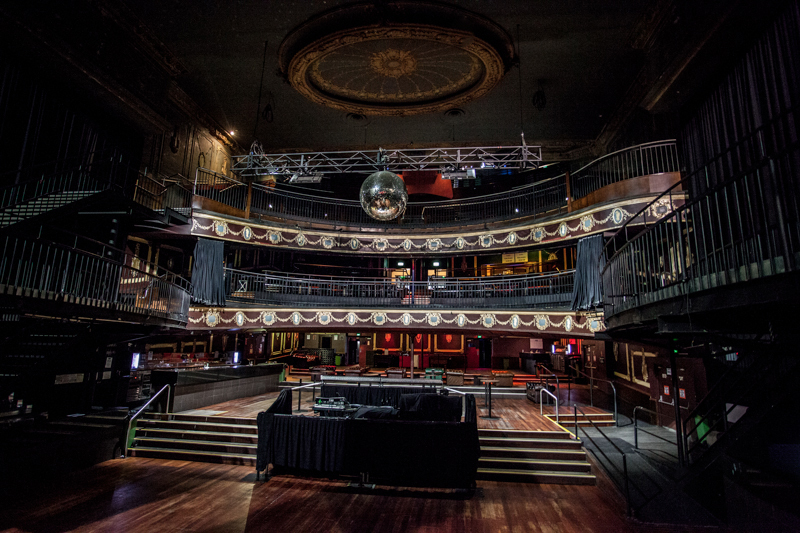 For Marcelina Piotrowski pleasure is central to understanding data production and protest. She draws on a Deleuze and Guattarian framework in order to consider protests against oil pipelines in British Columbia. Importantly, through this theoretical framework of ‘data desires’, pleasure is not something owned by the individual subject but rather holds the potential to construct generative social collectivities. This is traced through three different practices: deliberation in online forums; citizen science and social media campaigns. This has important implications for understanding environmental issues and our own enfolding within them.

Nadine Kozak takes a look at how Online Service Providers (OSPs) have historically used internet ‘blackouts’ in order to protest United States government regulations. Kozak points to protests against the Communications Decency Act (1996) which sought to regulate online pornographic material and the Stop Online Piracy Act (2011) which proposed increased federal government power to take action against online copyright infringement. Recently, the United States Congress recently passed the Fight Online Sex Trafficking Act (FOSTA) and the Stop Enabling Sex Traffickers Act (SESTA), which hold OSPs liable for third-party content including advertising for prostitution. However, despite condemnation from the Department of Justice and trafficking victims, OSPs did not utilise blackouts as a means to protest these new measures. Kozak concludes that the decision to whether or not to utilise blackout protests is dependent on the interests of technology companies and large OSPs.

It is evident that most especially since Donald Trump popularised the term, ‘fake news’ has taken a centre stage in discussions concerning media. In fact, the lines between what is fake and what is official have become blurred. Most recently, QAnon proponents have been attending Trump rallies and speeches giving further visibility to various conspiracy narratives stemming from online message boards (see Image 3). Marc Tuters, Emilija Jokubauskaitė, and Daniel Bach establishe a clear timeline of events in order to trace the origins of ‘#Pizzagate’; a 2016 conspiracy theory that falsely claimed that several U.S. restaurants and high-ranking officials of the Democratic Party were connected with human trafficking and an alleged child-sex ring. The authors investigate the affordances of 4chan to unpack how the site’s anonymity, rapid temporality and user collectivisation were instrumental in creating ‘bullshit’; a usage which the authors suggest is a  “technical term for persuasive speech unconcerned with veracity”. This provides an understanding of how alt-right communities are assembled and motivated in a post-truth society. 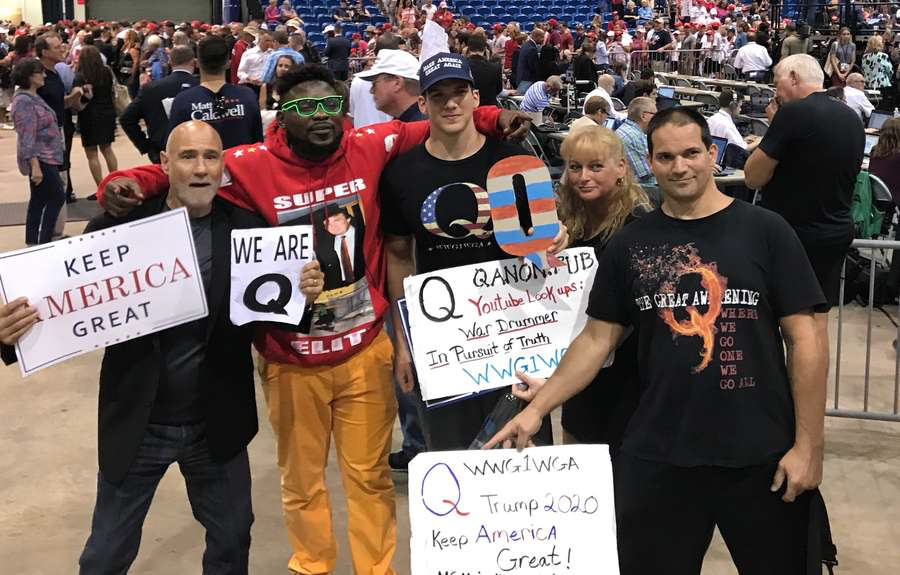 Finally, Colin Salter analyses protests for animal rights as a lens to critique notions of national identity and belonging. Protests on whaling in the Southern Ocean (see Image 4) and live export trade from Australia continue to be highly contested political issues. Salter reflects on the ABC’s 2011 exposé into Australian live animal exports to Indonesia and the 2014 hearings at the International Court of Justice into Japanese whaling. Salter then traces the common elements between animal rights campaigns in order to demonstrate the manner in which the physical bodies of animals, their treatment, and the debate surrounding that treatment become sites for mapping cultural identity, nationhood, and sovereignty. Here, Salter suggests that such inquiry is useful for promoting broader consideration of efficacious approaches to animal advocacy and social change.

As indicated in the opening paragraphs, it is crucial for people committed to social justice to publically raise their voices in protest. As such, we would like to thank each of the authors for their important contributions to this issue on ‘protest’. In its own way, each contribution serves doubly as a form of protest and a means to understand the topic more clearly. There is solidarity evidenced in this issue. Taken as a whole, these articles attest to the importance of understanding protest and social change.