Rage – beyond the Point of Boiling Over 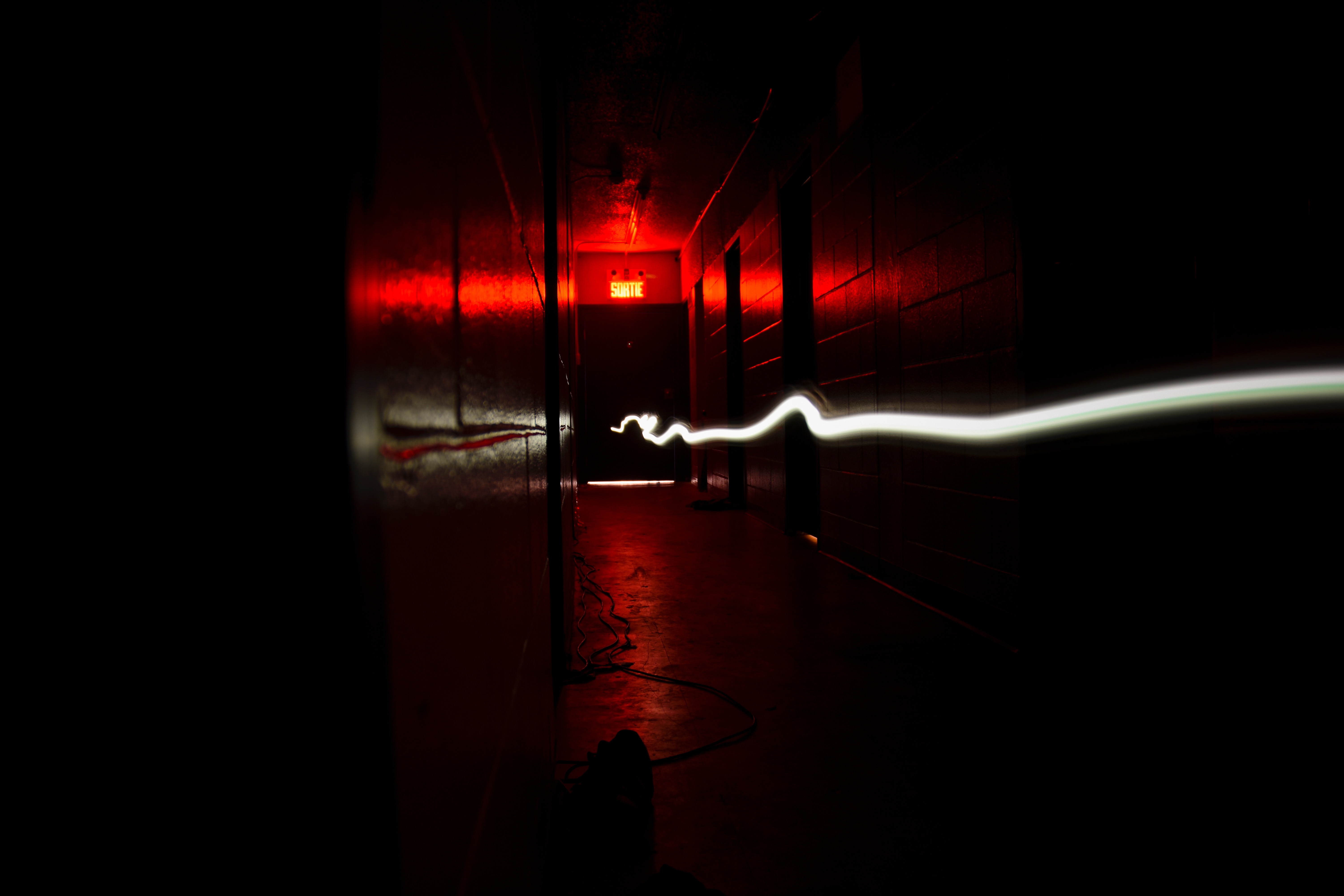 Rage can come from anywhere, it ignites as a flash of lightening and hisses rapidly down a darkened tunnel, landing wherever it finds a target. Sigmund Freud, and many other psychoanalysts, have attempted to explain the inception of human’s two primordial emotions, rage and fear – encapsulated in the popular phrase, fight or flight. Our earliest historical records detail the myriad battles that determined the world’s future course of events. Without rage, and its adjutants, violence and war, the world’s countries would not exist with their current boundaries. In fact, our species, Homo sapiens would necessarily have evolved through a different course.

Since 2016, the public has been outraged by current events at an unprecedented level: the confluence of the election of US President Donald Trump, the struggles over the UK’s Brexit, and the revelations of systematic sexual abuse of women and African Americans, culminating in the recent #metoo and the #blacklivesmatter social media campaigns. More and more women have protested against sexual abuse, and recently the free-verse poem book Shout, from pop cultural icon Laurie Halse Anderson, “raise[s] urgent alarms, warning against the evils propagated by a culture that values dominance over respect” (Feldman 52).

The rage revolution is here now.

The nine articles included in this issue of M/C Journal on ‘rage’ unpack the concept of rage and its significant linkages to injustice, anger, personal and sexual abuse of women and minority cultures, violence and war. It is no surprise that many authors have chosen to focus on women’s rage and anger. Below, three articles develop the themes of political disenfranchisement for women and Indigenous cultures with a special emphasis on Australia, and the significant role that clothing plays in group-based activism.

In the feature article, Angelika Heurich explores the fraught territory of women’s rights starting with the slogan: ‘the personal is the political’. In both the First and Second Waves of feminism, she reports, “concerns about issues of inequality, including sexuality, the right to abortion, availability of childcare, and sharing of household duties” became “personal problems” rather than a matter for national debate and policy changes (Hanisch qtd. in Heurich). Heurich cites the need for “feminist intervention in the state” (van Acker 120). These issues are very much alive today: how can enraged women change government policy in a meaningful way to address past and present injustices?

Author Jo Coghlan further develops the theme of protestation with how clothing depicts the history of dissent. Coghlan’s argument suggests that the political efficacy of dress can perform “an ideological function that either bring[s] diverse members of society together for a cause ... or act[s] as a fence to keep identities separate” (Coghlan qtd Barnard). Clothing, as liberation, was celebrated in Mahatma Gandhi’s hand-spun cotton that symbolised the separation of India from Great Britain. Later, the Australian Aborigines’ Black Protest Committee adopted a set of particular colours for their movement towards equality, in this case, red, black and yellow worn first in 1982.

To continue the theme, Lisa Hackett outlines the response of women’s rage’ to how their garments remain unsuitable from several standpoints. Hackett notes that the issues that surround fast fashion inspire women’s anger by its production: clothing that is cheaply made, in workplaces of virtual slavery, and made of unsustainable fabrics which lead to mountains of discarded garments in the world’s landfills. These problems inspire the rage of women who desire to protect the environment and also seek clothing that fits over forced obsolescence.

Even as this issue on ‘rage’ widely presents people, activities and events that are driven by rage – across the broad spectrum of personal, artistic and cultural and socio-political storytelling, we also sought solutions in productive and/or philosophical frameworks that could explore how to ameliorate conditions under which rage arises. So the next two articles address the under-used (and under-implemented) word civility.

In his article “Of ‘Rage of Party’ and the Coming of Civility”, Greg Melleuish presents the English Civil War as a case study. This conflict between the Royalists and Parliamentarians disrupted the authority of the crown, and resulted in a more moderated English government, in stark contrast to regime changes later on the European continent (e.g., the French Revolution). Melleuish offers that a “new ideal of ‘politeness and moderation’ had conquered English political culture” and promoted civility as a standard of behaviour for the government and worthy individuals. This concept of civility would later evolve to introduce philosophies of the Enlightenment.

A collection of authors (Elizabeth Reid Boyd, Madalena Grobbelaar, Eyal Gringart, Alise Bender, and Rose Williams) have worked through the serious issues of ‘intimate civility’ – to encourage pathways to counteract ‘rage’ and its impact on the most vulnerable in society, especially women and children. The authors, in their coinage of the term, “envisage intimate civility – and our relationships – as dynamic, dialectical, discursive and interactive, above and beyond dualism.” They introduce a ‘decalogue’ of civility, relying on notions of politeness, respect, and emphasise dialogue between the affected parties and the Australian government’s campaigns and policies on domestic and sexual violence to reduce rage in the arena of interpersonal and intergenerational conflicts.

The last articles in this M/C Journal issue on ‘rage’ address the media side of the equation. These authors all deal with aspects of rage as expressed on various screens, as films, television series or downloads to other devices.

Richard Gehrmann, in his analysis of the Hollywood film American Sniper (2014), first provides a capsule timeline of conflicts in the Middle East, from the Second World War to the current day’s ongoing battles in Syria and elsewhere in the region. He highlights the propaganda-based, pro-American ‘jingoism’ presented in American Sniper, contrasting its portrayal of the returned veteran Chris Kyle with other true-life accounts of US Iraqi and Afghan soldiers. Gehrmann presents a bleak commentary on the ‘hot and cold rage’ required of the lone sniper, while many ‘hot’ unresolved issues, including the refugee crisis, remain in the Middle East situation. American Sniper’s celebration of the lone gunman contributes to the acceptance of violence in an America where mass shootings indicate an ever-growing expression of individual rage.”

In his article on ‘Cage rage’, Sasa Miletic outlines Hollywood actor Nicholas Cage and his violent, sometimes over-acted outbursts on film as one of “the most famous Internet memes”. Miletic asks: has the overexpression of anger depicted in ‘Cage rage’ become “a pop cultural reminder “that rage, for a lack of a better word, is good ... or can [his filmic rage] only serve for catharsis on an individual level?” With this question, Miletic explores Nicholas Cage throughout his acting career, and presents his argument that the potential for ‘double-reading’ of his angry overacting in movies is a sort of ‘parapraxis’ – or “a Freudian slip of the tongue, a term borrowed by Elsaesser and Wedel (131). Miletic’s exploration of ‘Cage rage’ introduces new concepts of rage from the contemporary Slovenian philosopher Slavoj Žižek.

The exploration of rage in film now turns to Jessica Gildersleeve’s article that locates ambiguous meanings of rage in recent television adaptations based in the Australian outback. Guildersleeve explores the two adaptations Wake in Fright (2017) and Mystery Road (2108) for how they depict rage: “in this context rage is turned to melancholy and thus to self-destruction, [serving] as an allegory for the state of the contemporary nation.” Gildersleeve notes that previous Australian authors have outlined the trope of ‘outback noir,’ and in her analysis of these two adaptations, she realigns the previous literary analysis of ‘noir’ to the emerging genre of Outback Gothic horror. The two shows depict the force of inward rage that turns to melancholy from different perspectives. While Wake in Fright (2107) seems to offer no hope for the future, Mystery Road harnesses the power of rage to locate a potential way to reconcile the two ‘classic’ opposing factions that inhabit the Outback: the colonisers and the indigenous Aborigines.

Lastly, this collection on ‘rage’ comes full circle, back to the omnipresent ‘women’s rage’.

From the viewpoint of Gothic literary traditions, and their challengers, author Katharine Hawkins develops the trope of Monstrous gothic through women’s roles depicted in Showtime’s television series, Penny Dreadful (2014-2016). Here, Hawkins echoes the themes from the introductory articles: as women must comply with men and their comforts, women’s rage turns both inward and outward. In Penny Dreadful, the actress Billie Piper constitutes a figure of the “Monstrous Gothic Feminine” arising from “the parlours of bored Victorian housewives into a contemporary feminist moment that is characterised by a split between respectable diplomacy and the visibility of female rage.” Piper’s Bride figure then mutates “from coerced docility  [towards] abject, sexualised anger” which makes itself heard in the show’s second season (2016). Hawkins discussion introduces Ahmed’s figure of the “kill joy”, which becomes “a term to refer to feminists – particularly black feminists – whose actions or presence refuse this obligation, and in turn project their discomfort outwards, instead of inwards.”

In summary, rage is with us, always. But there is hope that the outward expression of women’s rage, and of other disenfranchised populations as echoed in the #metoo and #blacklivesmatter movements will change the culture of global politics to value respect over violence.

Dr Denise N. Rall is an adjunct fellow in the School of Arts & Social Sciences at Southern Cross University in Lismore, NSW, and an adjunct lecturer at the University of New England, Armidale, NSW, Australia. She holds a Ph.D. in Internet Studies and an MA in Comparative Literature from the University of Wisconsin. Her eclectic research interests include textiles, fashion and wearable art, and how technology and the Internet changed women’s roles in computing, domestic work, craft and social protest. Her edited book, Fashion & War in Popular Culture (2014) surveys colonial conquest, protest and wars as they impact on fashion and textiles. Her recent papers include: 'Dressing up two Democratic First Ladies: Fashion as political performance in America."