A Site of Unsettlement 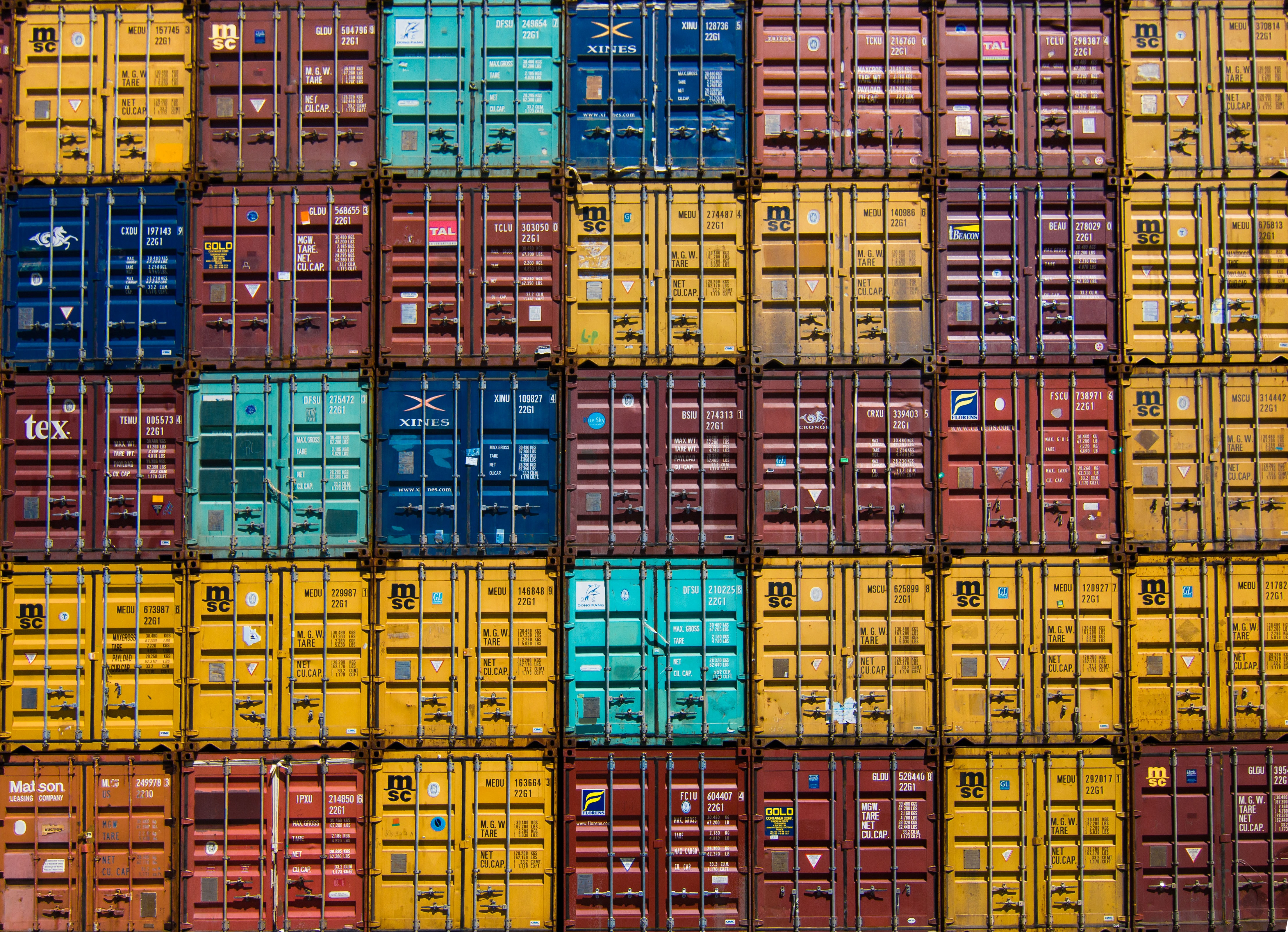 Anomaly: something different, abnormal, peculiar, not easily classified or classifiable; a deviation; a detour. Something out of time and out of place.

No longer can we read the anomaly without considering the larger global crisis of COVID-19. Where were we if not out of time during the temporal disjunction – time out of joint, after Shakespeare – of worldwide lockdowns, which coincided with the time of proposal and submission, the time of reading and editing this issue? Where were we, as scholars in North America, if not out of place when we set out to curate a collection of essays in a journal which “originated” down under? A related question: what happens when the anomaly becomes standardised as the norm?

Daniel Fineman’s “The Anomaly of Anomaly of Anomaly” inverts the paradigm of scientific expression, opening the “philosophically unassailable” to “metaphysical, political, and ethical challenge” to make a claim about the anomaly as a reflection of global misrepresentation and the prevailing powers of governance. To accomplish this, Fineman returns to the metrics system, the cooptation of the 18th century’s democratic revolutions by “representative” governments, and the so-called “Second Law of Thermodynamics”.

What happens, moreover, when anomaly falls back onto social practices, and informs the way academia perceives social formations? Christopher Little raises this issue when reviewing the literature produced on “Chav” subculture, and how the anomalous Chav intersects with race, class, ethnicity, and consumer culture.

The ways in which social practices inform and intersect with national patterns of belonging and exclusion have never been more apparent than during the current pandemic. In Michelle Aung Thin’s contribution, the smartphone is read as an anomalous, hybrid, and foreign object with connotations of fluidity and connection, all dangerous qualities in Myanmar, a conservative, former pariah state. Within the framework of recent scholarship on mixed race identification and affect theory, Aung Thin addresses deeply held fears around ethnic belonging, cultural adeptness, and hybridity, tracing these anxieties to the original scene of colonisation. The smartphone, in her essay, acts as a conduit – between pre-colonial Mandalay and contemporary Yangon – and a reminder of historical trauma.

In an essay that unpacks the complexity of a music video by Japanese Breakfast, the solo musical project of Michelle Zauner, Runchao Liu posits identificatory ghostly performances as a locus of confrontation between past and present. In her analysis of what she defines as “ghostly matters: the hanbok and the manicured nails”, Liu locates both “the conjuring-up of the Korean diaspora and the troubling of everyday post-racial America”, where the connections between ethnic concerns and anomaly are both discomposed and concretised.

Starting from the theoretical premises laid out by Gilles Deleuze, who maintained that computational processes were incompatible with anomaly, Emma Stamm sets out to prove the contrary, grounding her analysis on the work of M. Beatrice Fazi, while applying it to the specific field of live-coded music. Through a close treatment of the improvisational techniques involved in the processes of writing audio computer functions for the production of “sound in real time”, Stamm herself produces a characterisation of the aesthetic dimensions of live coding that problematises the divisions between discrete and continuous media.

The anomalous body of the freak, from its early manifestation to its contemporary manufactured exaggeration of contemporary beauty standards, is the subject of Siobhan Lyons’s investigation of the freak as biological anomaly. Drawing on the parallel ascent of “Catwoman” and real-life “Barbie”, the author connects earlier manifestations of the biological freak to the mediatic resonance given to what she defines as “the twenty-first century surgical freak”.

Jasmine Chen’s exploration of Pili puppetry, a popular TV series depicting martial arts-based narratives and fight sequences, reveals how this “anomalous media form ... proliferates anomalous media viewing experiences and desires in turn”. Her attention to the culture of fandom and cosplay attends to a broader structural shift: the “reversible dialectic between fan-star and flesh-object”.

Shifting this volume’s inquiry from popular culture to architecture, we turn to Patrick Leslie West and Cher Coad, and their close reading of the CCTV Headquarters as “an anomaly within an anomaly in contemporary Beijing’s urban landscape”, due to the collision of classical China and the “predominantly capitalist and neo-liberalist ‘social relationship’ of China and the Western world”. Recalling Roberto Schwarz’s argument, that “forms are the abstract of specific social relationships” (53), the authors conclude that the real “site of this unsettlement” is data.

We end where we begin, with our featured article by Bronwyn Fredericks, who includes architecture among the practices that have evidenced the fraught relationship between Aboriginal and non-Indigenous people, using the University of Queensland and its Great Court as a landscape and a case study. Dismantling the perception of Indigeneity as anomalous, Fredericks articulates the visibility of Indigenous voices and sovereignty, ultimately establishing their presence and power through mixed-media events and collaborative writing productions.

Ultimately, our aim for this issue, and the response of its contributions, revolve on this question of power relations, and, indeed, on the politics of presence: to make anomaly visible, not as outlier or aberration, but as meta-textual shift, a symptom of and a reaction to larger conditions encompassing and obscured by the technical processes of logistics and the neoliberal governance that organise our everyday life. We hope that closer consideration to such a performative shift, explored here in its multiple and various facets, might also constitute a critical response.

Chris Campanioni teaches at Pace University and Baruch College, and is a Provost Fellow at The Graduate Center/CUNY, where he intersects new media studies with studies of migration. He is the author of six books, including the Internet is for real (C&R Press, 2019), which re-enacts the language of the Internet as literary installations. Recent research appears in the Journal of Cinema and Media Studies, Life Writing, Revista Científica de Información y Comunicación, Journal of Comparative Literature and Aesthetics, Interações: Sociedade e as Novas Modernidades, and Im@go: A Journal of the Social Imaginary, and has been translated into Spanish and Portuguese. In 2019, he joined the Global Humanities Institute’s Transnational Joint Research Center for Migration, Logistics, and Cultural Intervention.

Giancarlo Lombardi is Professor of Italian and Comparative Literature at the College of Staten Island and at the CUNY Graduate Center, where he serves as Executive Officer of the MA/Phd Program in Comparative Literature. He has published extensively on European and North American women writers, Italian film and television studies, cultural studies, and on American serial drama. He is the author of Rooms with a View: Feminist Diary Fiction and the co-editor of Terrorism Italian Style and Remembering Aldo Moro both dedicated to cultural representations of Italian political terrorism. His most recent publication is another coedited volume, Italian political cinema. He is currently finishing a monograph on the rhetoric of fear in Italian television drama from the 60’s and 70’s and has just begun working on a new research project on the uses and functions of religion in prestige serial drama from the Global North.