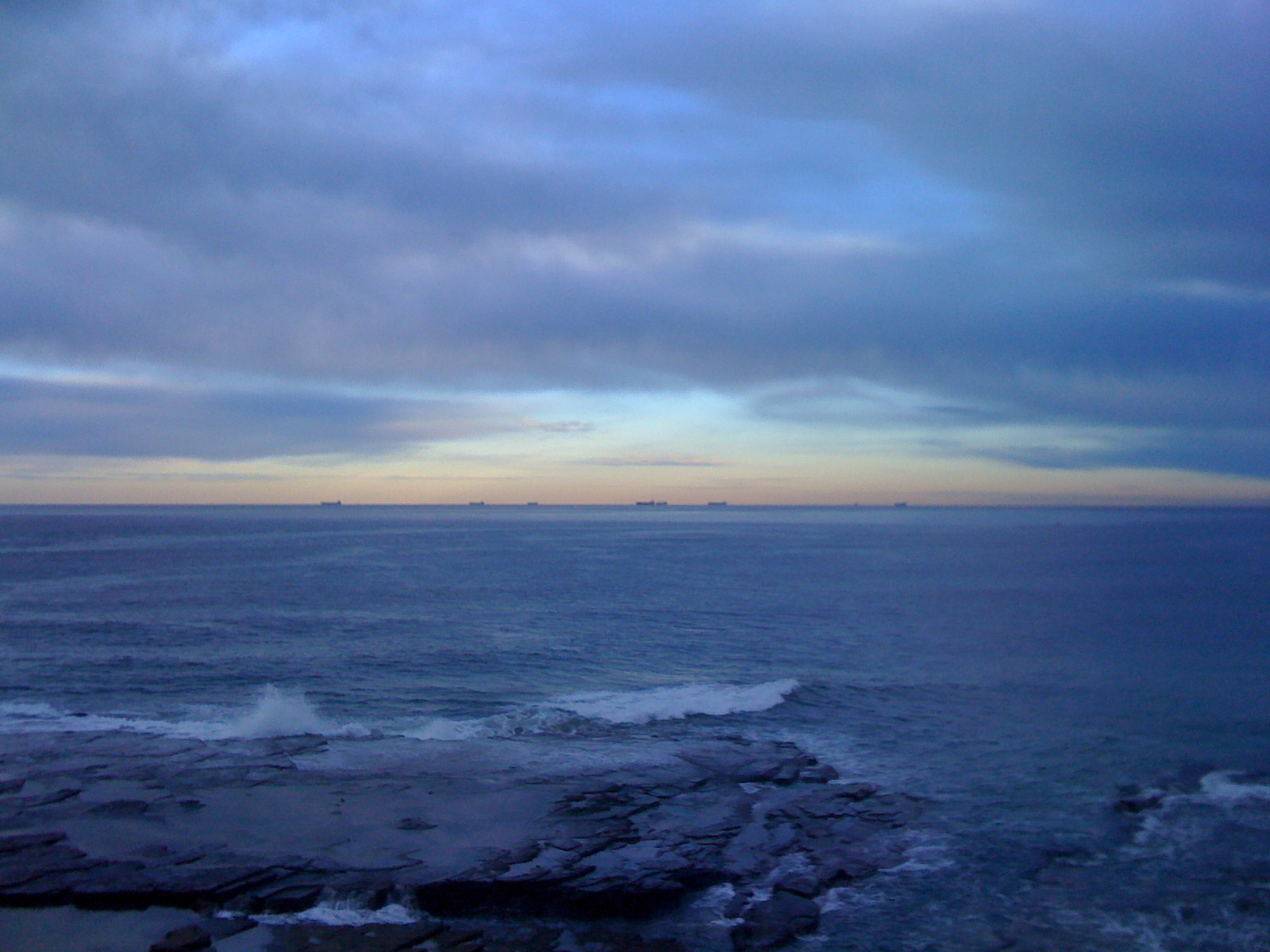 Obsolescence is most frequently talked about in relation to the history of technology. A still-common way of understanding modernity is as a linear succession of emerging technologies which supersede existing ones, and which are themselves, in time, made redundant. The cycle of novelty and obsolescence underpins a narrative including episodes of human invention, mastery and eventual technological failure. Nevertheless, it makes technologies themselves the subjects of history, rather than the human beings whose choices frame their contingent births, shapings, adoptions and uses. Many have pointed out the extent to which this simplifies history, but this has made precious little impact, if the way in which many writers treat digital communications technologies is any guide. Professional new media evangelists, including media and cultural theorists who subscribe to what Turner describes as an entrenched “digital orthodoxy”, are nowadays wont to describing mass media – including all broadcast and print media – as “heritage” media. This neat rhetorical trick confirms all remaining manifestations and uses of such media as remnants of the past in the present, as curiosities, even perhaps as impediments to the “imaginary futures” (Barbrook) regularly projected onto new technologies. On the other hand, similar assumptions underlie narratives of decline and decay which attach themselves to new media technologies. Thus we can understand laments for the lost qualities (and quality) of old media from writers such as Andrew Keen, which themselves shape self-interested pronouncements about the decadence of the new communications environment from the highest echelons of established media (Hartigan).

A history of scholarship from media historians has worked to try  to nuance the contours of this oldest of modern stories, and to complicate the relationship between modernity, technological obsolescence, and social reality. Brian Winston’s work has shown how messy the business of invention and adoption is. Caroline Marvyn’s book When Old Technologies Were New showed how durable are the terms in which we are invited to link new technologies with progress. Lisa Gitelman’s Always Already New shows how complexly interweaved our understanding of media history is with our own media use. Collections like New Media, 1740-1915 and Residual Media have offered a number of theoretical critiques and case-studies which show the contemporary persistence of old media, and the recurrence of simplifying, totalising rhetorics of media history. More specifically, work like Sterne’s shows how contemplating obsolescence can give us a way of thinking about the downside of media change in terms of the problem of ecological damage in the form of e-waste. Most importantly for us, though, are those who use the category of obsolescence as a way of understanding that in the forward march of modernity, there are losers as well as winners.  Watkins links technological obsolescence with the production of certain people, certain segments of the population as obsolescent. For him, obsolescent people can be understood as engaged in a “useless survival”, and are linked with obsolete technologies.

David Simon, the creator of the television series The Wire, which richly depicted the “useless survival” of the city of Baltimore and its civic institutions, recently put this same position bluntly, linking obsolescence with class and race in contemporary America:

these really are the excess people in America, we – our economy doesn't need them. We don't need ten or 15 percent of our population. And certainly the ones that are undereducated, that have been ill served by the inner city school system, that have been unprepared for the technocracy of the modern economy... The people most affected by this are black and brown and poor. It's the abandoned inner cores of our urban areas. And we don't, as we said before, economically, we don't need those people. The American economy doesn't need them. So, as long as they stay in their ghettos, and they only kill each other, we're willing to pay a police presence to keep them out of our America. (Moyers)

Five series of The Wire showed the incapacity of police, labour unions, the school system, civic government and newspapers in serving those people who Zygmunt Bauman calls “human waste”, those who are “redundant” in the new economy. The decline of manufacturing industries, rapid advances in the capacity of communication technologies, and the troubled business models of “old media” have advantaged those with the skills and capacity to become “network capitalists” (Bradwell & Reeves) in the information era, but they have turned whole cities into what Bauman calls “waste yards”, wherein industries, social infrastructures and entire neighbourhoods are antiquated, surplus to requirements. In The Wire, those who are shown to benefit most readily from the collapse of these economic and social forces, from the improvements in networked communications, and the globalisation of trade are those who sell the drugs which have turned Baltimore’s inner city into a free-fire zone.

Obsolescence, then, is a category which allows us to think about the destruction, or “useless persistence”, of the people, patterns of life and territories which are imbricated with those technologies which are seen as being past their prime. It allows us to think about the power that accrues to “early adopters” as against those who are forced to “make do” with older technologies, and how that power is often implicated in already-existing patterns of social disadvantage –  how it maps onto existing class structures, or the horizontal inequalities of geography.  But we can also think of the ways in which obsolete technologies are recuperated and celebrated, whether by resistant consumers or “fans” of a particular technology, or by the process whereby  yesterday's trash is  historicised and aestheticisied by collectors, curators and scholars. We also might reflect on our own practice as academics.  To what extent are our traditional patterns of work lubricated and enhanced by digital processes, or are they themselves artefacts of the past.

This issue of M/C Journal offers some specific meditations on the theme of obsolescence. The first three pieces think reflexively about the processes by which academics are credentialised and published. In our first feature, John Hartley wonders whether the passing of the traditional, paper scholarly journal as the main means for academic publication and community-building might not irrevocably change and even damage collegiality, and the way in which we understand our fields. Kate Bowles replies to Hartley in a piece which originated as a peer review of his paper, and which is published here at the request of both authors. For Bowles, Hartley’s focus on e-publishing and the obsolescence of paper journals is potentially a distraction – the real concern is the way  in which bureaucratic rationality threatens to push organic forms of collegial behaviour into the dustbin of history. Donna Lee Brien argues that the traditional PhD may be obsolete, and it must change to reflect the needs of students, new models of learning, and the employment marketplace.

The second group of articles asks questions about the inevitability of obsolescence, and case-studies of users pushing back against the obsolescence of favoured machines. In our second feature, Greg Shapley offers an expansive critique of the most fundamental recent narrative of obsolescence, which relies on the dichotomy of the analogue and the digital, and the supplanting of one by the other. Shapley complicates our history by relating the odd story of the fax machine. Peter Thomas shows how Super 8 cannot be approached simply, lazily as a fetishised object of nostalgia. He shows how Super 8 continues in use as a specialised filmmaking stock, but that its most crucial textural characteristics have been lost in the transition from widespread amateur use to professional applications. Huh and Ackerman discuss the determined resistance by users of the HP200LX PDA device to the discontinuation of the device.

Our third set of articles rethink approaches to a technological field in which cycles of novelty and obsolescent are notoriously swift and prominent – computer games. James Newman unleashes an impassioned polemic regarding the need to preserve and archive “obsolete” games as an element of Britain’s and the world’s cultural heritage. Thompson, McAllister and Ruggill use their own efforts at curation and preservation as the starting point for a theoretical meditation on the relationships between nostalgia, collection and obsolescence. Chris Moore asks whether new methods of digital distribution might ameliorate one of the more pernicious side-effects of the games industry’s relentless focus on novelty – e-waste. He looks at the online distribution platform Steam as a venue where both hardware and software obsolescence may be countered and complicated by weightless distribution and the “long tail” effect. While acknowledging continuing concerns with Steam – for example concerns about user privacy – Moore wonders whether online distribution might make the more wasteful aspects of structured obsolescence, well, obsolete.

Together, these articles make a contribution to a reorientation that’s already underway in media and cultural studies. It’s arguable that cultural and media studies perennial fetishisation of “youth”, subcultural and the new have been intensified by the shift to a focus on new media technologies.  Perhaps this has been at the expense of a focus on the old, the ordinary, and what happened the day before yesterday. (Driscoll and Gregg) A focus on obsolescence allows us to count the complex costs of our perennial impulse to novelty. It allows us to think through the series of revaluations that technologies typically undergo as they pass from being the newest thing, to junk, to collectable. It helps us to think about the relationships between technology use and the social position of users. We present this as the first step in our own effort to bring a greater focus to the issues thrown up when we think about the obsolete. We hope you will enjoy this issue when it’s new, and not discard it lightly when the next one comes along.

Keen, Andrew. The Cult of the Amateur: How Today's Internet is Killing Our Culture. New York: Doubleday, 2007.

Sterne, Jonathan. “Out With the Trash: On the Future of New Media.” Residual Media. Ed Charles Acland. Minneapolis: University of Minnesota Press, 2007.

Winston, Brian. Media, Technology and Society: A History: From the Telegraph to the Internet. New York and London: Routledge, 1998.

Jason Wilson is Lecturer in Digital Communications at the University of Wollongong. He has published widely in new media studies, covering topics including computer games, the online public sphere, and mobile media.The Pleasures of Computer Gaming, and 4 special issues of scholarly journals. He has worked on several online democracy projects, including YouDecide2007.org and projectdemocracy.com. He has held previous appointments at Queensland University of technology and the University of Bedfordshire, and also worked at the online campaigning organisation, GetUp!

Jason Jacobs is Reader in Cultural History at the University of Queensland. He is author of The Intimate Screen and Body Trauma TV.