Cultural Factors in the 'Face on Mars' Controversy 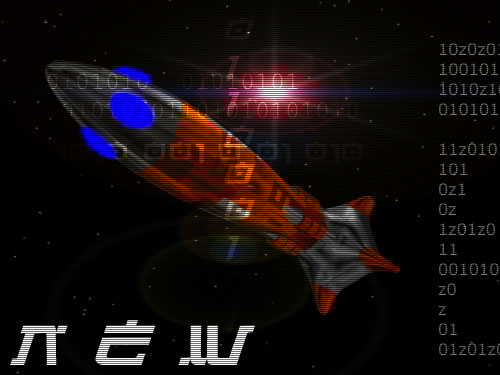 The headlines of April 8, 1998 left little room for negotiation: "Mars romantics face the truth -- there's nothing out there" (The Australian); "Images form Mars scuttle face theory" (Courier-Mail). According to the reports, the infamous Face on Mars mystery has finally been solved. But has it? Such forceful pro-NASA/anti-anomaly media coverage should, rather than settle us into complacency, set mental alarm bells ringing. We should be asking the (interestingly portentous) question: if NASA did discover a Face on Mars, would they admit it? This paper suggests the answer is 'no'.

In his essay "Social Intelligence about Hidden Events", sociologist Ron Westrum noted that if a person perceives a phenomenon that the person's society deems impossible, then the socially determined implausibility of the observation will cause the observer to doubt his or her own perceptions, leading to the denial or misidentification of the phenomenon (McLeod et al., 156). When Europeans arrived in Australia and sent back descriptions of a particularly bizarre creature they encountered here -- eventually named a 'platypus' -- biologists initially refused to believe it existed. Although Australia was (to Europeans) an alien environment in which new, and perhaps even radical, discoveries were expected and desired, an egg-laying furry underwater animal with a duck's bill, four webbed feet and a poisonous spike on its heel was just too much to handle. It was 'unacceptably new'.

We have, as this example shows, heavy expectations about the future and the new, and are often reluctant to accept developments which differ radically from those expectations. For western culture, the exploration of space -- the final frontier -- has become synonymous with progress, with future and the new, and with moving away from a past and towards or into a future about which we already have many expectations. One particularly brutal violation of this conception of progress and the comfort of a confinable and predictable future would be the discovery of a 1.5 mile long, 1.2 mile wide humanoid face carved into the surface of Mars, staring back out into space (as was apparently photographed by the NASA Viking probe in 1976). It's hardly surprising, then, that the social institution perhaps most entrusted with propagating the dominant construction of the new and the future -- NASA -- should be the most ardent anti-Face voice in the controversy. (Readers interested in NASA's role in 'playing down' public curiosity in the Face and adjoining pyramids are recommended Professor Stanley V. McDaniel's The McDaniel Report, in which he cites many examples of NASA's deliberate misrepresentation of the geological and geometrical data gathered concerning the Cydonia region on Mars).

Official confirmation of artificial pyramidal and humanoid structures on Mars would essentially dissolve dominant constructions of human civilisation's past and future. We would be forced to confront the possibilities that human civilisation has either had contact with extraterrestrial life some time in its past, or that humans have been capable of space travel and interplanetary colonisation before humans were thought to have even existed. Our 'present' would be equally damaged; our most cherished 'new' technologies would re-appear as inferior versions of those already developed -- they wouldn't be 'new' at all. The cultural (not to mention psychological) repercussions would be extreme. It is highly unlikely then, were such objects photographed clearly enough to remove uncertainty as to the nature of their origin, that NASA would release those photographs, since such a discovery would severely threaten its claim (and the scientific tradition it represents) to a monopoly of true descriptions of the nature of the physical world and the public position of science (Westrum, "UFOs" 272).

I suggest that NASA's role in the public debate about the Martian enigmas should be approached with extreme scepticism. NASA's treatment of the Viking frames has indicated its willingness to misrepresent the data in a deliberate attempt to suppress public support of further investigation. Some reasons why NASA might take this course of action have been suggested above. We need not succumb to 'conspiracy theory' to explain NASA's behaviour, as conventional, if discomforting, sociological explanations are both simpler and more easily applied. Depending on how much power we afford prestige, we may or may not choose to accept the most recent NASA photographs of the Face as definitive. What we should not overlook, though, is that we do have a choice.