Did You See the Way I Just Kicked You in the Head?

Identity and the Ethereal Violence of Computer Fighting Games 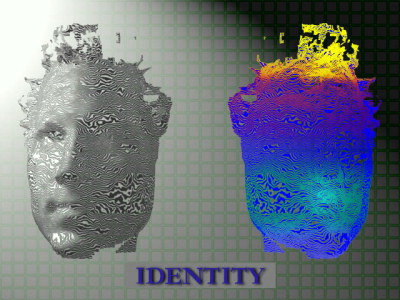 It's strange that I feel even a small amount of guilt in admitting that I have a very strong fondness for my Sony Playstation. At 22 years of age, I've just about convinced myself that it's an "adults'" gaming console, or at least, that it's aimed at an older market. But the fear that, in some irreparable way, I will be a kid forever is the lesser dilemma. More worrying, to me anyway, is the sheer thrill I experience -- again and again -- when the character I'm controlling on the screen pounds an opponent (CPU or player 2, I don't care), into complete submission. It's a bizarre but exhilarating feeling, of assuming a violent identity that is inaccessible in 'real life', and I feel sorry for past generations who could not possibly have imagined, let alone participated in, the computer game experience. What a boring time the olden days must have been.

My concerns are not relieved by the fact that, in my household, the Playstation (and especially my new copy of Tekken 3), is a consistent drawcard for visitors. People I don't even know -- friends of friends of friends -- are kicking the hell out of each other in the loungeroom as I write these very words. And they're laughing, boisterously, while they do it. They're diligently practicing new, more brutal manoeuvres for future confrontations. In gamespeak, these are called 'combos'. I know a few combos myself, enough to get by, anyway. And I manage to surprise the odd seasoned Tekken punter every now and then. More often than not, though, I end up on my back, head lolling from side to side, looking down at myself on the ground with an ominous and, I have to say, quite pushy male voice barking a countdown at me. I have ten seconds in which to decide whether I want to get back up -- maybe as another character -- and let it happen all over again. I usually do.

Because it's hardly an option for me to give up my gaming habit, the least I can do, as far as I can see, is to try to understand it. (I've never read William Burroughs, but I do admire him in an empathetic way for what he's done.) Some of the first things that struck me about how we participate in the games is the language we use to describe that participation, and the language we use while we play them. By no means a prevalent tactic, but certainly one I'm very fond of, is to threaten my opponent in a mocking, half-joking manner. Eyes glued to the screen, I'll often croak something like "Come to pappa", or "You wanna piece of the [insert character name] pie?", just to give me that extra edge and let the other guy know I don't intend to go down easily. Sure, he (or she, my female friends don't discriminate when it comes to computer game violence) usually responds by slapping me down, and on reflection I guess that's what I deserve. But I still like to think that, in some small way, I'm transgressing the boundaries the game would impose upon me. I like to remind myself I'm sitting next to a real person, even if their identity is being temporarily transferred onto a colourful arrangement of light on a glass screen. And I like to let them know that I'm right beside them too, even as they grapple me in a headlock and break my neck. It just makes the whole experience that much more personal.

Which brings me to my next observation. Some friends take it a little bit personally when I break their arms and legs, or bash their head into my knee. Sure, I'll often provoke a response with arrogant exclamations like "Eat that, sucker!" or "Thanks for comin'". But, after all, they are just an arrangement of coloured lights on a screen, aren't they? The answer's yes, of course. But we tend to forget this immediately when we play. The language we use to describe computer gameplay indicates our willingness to forget ourselves. "Who do you want to be?" I'll often ask a novice Tekkener when they're trying to select a character. "I wanna be Eddy," they may reply. "Yeah," I may say back. "You can do this really full-on spin kick where you stand on your hands." Similarly, when the going gets particularly rough for the novice, they'll often be heard to plead, "Let me stand back a bit first so I can see what I can do...Don't punch me yet! I said don't punch me!" Such appeals usually fall on deaf ears at the time, but we can learn from studying them when the fight's over.

What's interesting is the use of the words "I" and "me". Our language of identity hasn't caught up with the computer game experience yet. Linguistically, we can't separate ourselves from the characters on the screen, and when we try ("Who do you want to control?", "Don't punch my character just yet please") it just sounds awkward. Maybe that's because it spoils the magic. Whatever the answer, myself and millions of fellow gamers will continue to take pleasure from cracking skulls and breaking backs in the 'computer microworld', to borrow Sherry Turkle's term. Our language may have not caught up with it yet, but I (and most others, I suspect) never fail to distinguish between everyday reality and the computer microworld. It's easy to tell the difference, really: when your friend punches you in the mouth and it hurts, you're not playing a game.