'The Truth Is Over There'

Is There Room for Space in Postmodernity? 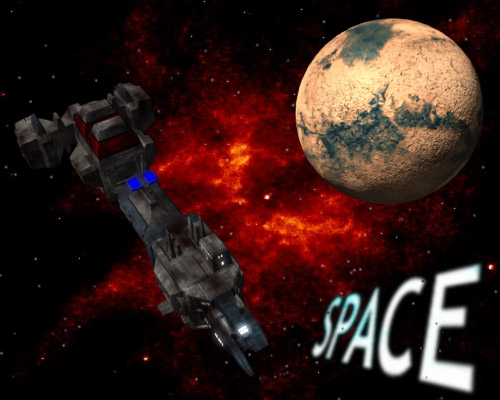 "These days information is so readily available and so instant in transferral that people start to feel that they have a more active role in the process of history." -- William B. Davis, M.A. ("Cigarette Smoking Man" from The X-Files)

Space is, as its history shows, an experiential phenomenon open for interpretation. The methods by which this phenomenon comes to be known are equally arbitrary and tend to vary through time (to which space is intimately related), from culture to culture, and are always specifically related to what is known about the world within these circumstances. For example, Caroline McLeod presents a story recorded by Colin Turnball about a tribe of pygmies living deep in the rainforests of Africa. Some of them once journeyed to Lake Victoria for the first time, but were unable to perceive the people on the boats in the distance. Because they had never been in an environment with large expanses of space, the pygmies had never seen an object recede into the distance. They were unable to perceive what psychologists call size constancy. After several weeks of observing the boats, however, they were able to shift their understanding of reality to include this new mode of perceptual experience, a shift producing considerable ontological change for their culture.

Postmodern society represents a similar attempt to deal with a new perceptual realm made accessible through new media forms such as the Internet, and the implications of developments in quantum physics, demonstrating a subtle renegotiation of space that challenges the hegemonic ontological paradigm of the scientific establishment. That is, it represents a pull away from a model which insists that movement necessarily involves a crossing of literal, measurable space between two points. Electronic communications such as the Internet have, as the Cigarette Smoking Man notes, led to an increased sense of public responsibility in the process of history and, by their very nature, demonstrated the ethereal quality of space itself.

To isolate the origin of the negotiation of space in western culture requires a short journey back to the sixth century B.C. Zeno, Parmenides's most famous pupil, was already powerfully demonstrating that the common conceptualisation of space -- although it appeared 'natural' and 'obvious' -- was actually fundamentally flawed. Suppose you want to move your cursor from this word to this one. There is about a three centimetre gap between the two. As part of the trip, you must travel half the distance between the two points -- 1.5 centimetres. To travel 1.5 centimetres, you must travel half of this distance -- 75 millimetres......and so on. Every distance can be halved, so there is always a space between you and your destination. Logically, not only can you not move the cursor from word to word, you cannot move yourself from one side of the room to the other, or move at all for that matter. The implication is that the perception that reality changes is an illusion, since distance and movement are themselves both illusory: you do step into the same river twice.

What are some cultural markers of the growing acceptance of a more ethereal conceptualisation of space? The first, and perhaps most noticeable, is a marked reduction in the linear representation of time, which manifests as an unprecedentedly heterogeneous set of trends that essentially collapses the past, the future, and past representations of the future. Andrew Niccol's 1998 film, Gattaca, thus presents a fifties-style nineties version of the future. Fashion and music are clearer sites of this nonlinear trend, the influence of the forties, fifties, sixties, seventies and eighties all being observable in contemporary popular culture. And already, the nineties are beginning to take on a nostalgia all their own as the millennium draws us closer to the 'future' that 2,000 signifies and away from the 'pre-future' tension of the nineties.

Another, more complex cultural effect of this renegotiation of space, apart from its implications for time, is the decline in usefulness of literalised spatial metaphor. This situation has developed in part from the ability of electronic communications, particularly the Internet, to allow active participation in nonliteral space -- cyberspace, an experience which until recently did not exist outside the fiction of writers such as William Gibson. Cyberspace is unique in its ability to electronically replicate the mystical notion of transcendence: in cyberspace, you are a figure of your own creation, existing nowhere and everywhere. Unrestrained by the physical body, 'movement' becomes both unnecessary and undesirable for participation and interaction. Cyberspace is not even genuinely 'meta-space', since space is a concept which only becomes useful as an unstable metaphor to describe an experience which exists so vividly outside of its possible parameters.

The nonlocalised experience of cyberspace itself reflects the findings of recent work on sub-atomic phenomena, explored most famously by quantum physicist David Bohm. When scientists observed that, under certain conditions, subatomic particulars ('quanta') communicate with each other over vast distances instantaneously (faster than light), like twins who feel each other's pain, Bohm realised that they were observing the 'principle of nonlocality': the information was not travelling through time and space from one location to another, the subatomic particles simply existed in a dimension that rendered time and space irrelevant, and where information existed in all places at the same time (Lewels 69). Since quanta are the building blocks of matter, Bohm concluded that all matter is connected at the subatomic level. This seemed to explain, for example, why quanta only appear as solid objects, as opposed to particles or waves, when they are observed; there seems to be a profound relationship between the observer and the observed.

Scientists eventually stopped trying to distinguish between one subatomic particle and another because they are all identical and encoded with the same information. When grouped in great quantities, they cease to behave as individuals (that is, independently unpredictable), and begin to demonstrate a 'group consciousness', similar to a man'o'war, which is actually a conglomerate of individual creatures operating as one. Bohm eventually concluded that a holographic model of the universe was the most useful for explaining the unpredictable behaviour of quanta, postulating that every subatomic particle may be encoded with the information necessary to replicate the entire universe (Lewels 70). Like a regular holograph, each part contains the whole. In postmodern society, too, each artefact, each act, contains the meanings of the whole, becoming inevitable signs of accumulation.

In an ironic, spatial sort of way then, postmodern physics and culture have come full circle to meet up with Zeno, who, like us, apparently never actually went anywhere (indeed, the idea that he could would be contrary to his philosophy). Apart from the scientific and philosophical compulsions to renegotiate conceptualisations of space is the possibility that the traditional model is simply unuseful for articulating the wide, varying range of contemporary human experience which western culture increasingly rushes to acknowledge, from cybersex to alien abduction. So even if there is room for space in postmodern society, we may not have time for it.