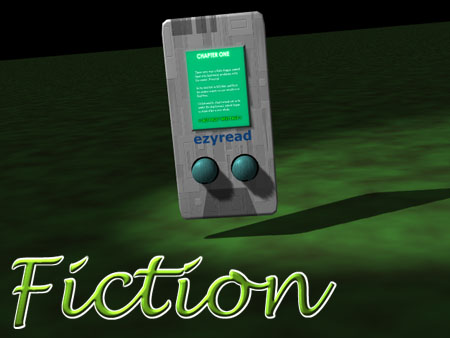 As the old technologies become automatic and invisible, we find ourselves more concerned with fighting or embracing what’s new”—Dennis Baron, From Pencils to Pixels:The Stage of Literacy Technologies

Increasingly, cultural study is villainised by defenders of the academic tradition for luring English students away from the high-brow texts of the literary canon, a condition exacerbated by institutions' need for economic survival. In Britain in 1995 there were 1500 fewer English A-Level students than in 1994, whereas cultural studies students increased by approximately the same number (Cartmel et al. 1). Modern students of English are preferring more readily digestible on-screen texts which subvert the role of the author in favour of the role of the genre, a preference that allows readers/viewers to pay more attention to their own tastes, beliefs and identities than those of figures that produced great books, and their contemporaries. Modern cultural studies have a somewhat self-indulgent quality that many academics find distasteful, a kind of narcissistic celebration of the fact that media and mass culture operate as reflections of ourselves today instead of as windows into brilliant minds and historically significant moments. One of the most frustrating forms of this for defenders of traditional English studies is the adaptation of classic literature into commercial film and the ensuing analyses. The task of 'doing justice' to a classic novel in a modern film is fundamentally impossible. Whatever authenticity is strived for in an adaptation, the economic necessities of the modern film (sex appeal, celebrity, luridness) are bound to collide with academic notions of the original text and subsequently cause damage and widen the literature/media divide.

A recent remake by Gus Van Sant of one of the most celebrated films ever made, Alfred Hitchcock's Psycho (1960), has added new flavour to this debate. Van Sant's Psycho (1999) operates more as an homage to the classic film and as a piece of 'conceptual art' than as a simple remake (Romney 31). Almost every shot, every word, every piece of music from the original has been recreated in an attempt to celebrate rather than claim credit for the ideas which made Hitchcock's film such a pillar of the film canon, much in the same way as a screen adaptation of a classic novel validates itself via its established worth. What is interesting about the reaction to this film is that as far as I can tell most critics hated it. The new Psycho has been labelled a vulgar hack job, a grossly immodest attempt to improve on the unimprovable. What is it about the original film that has caused this reaction to the remake, and what does it suggest about critical/academic readings versus popular ones? In order to answer this question, we must look closely at the original film, and at what is different or similar about the new one, and most importantly, consider the source of this uneasiness that pervades the adaptation of one fictitious body into another.

The plot of Psycho is pretty straightforward. Marion Crane (Janet Leigh), a disenchanted and fatally scatty secretary that wants to marry her lover Sam (John Gavin) steals forty thousand dollars from her boss so they can afford to do so. She skips town and stops at a motel run by Norman Bates (Anthony Perkins) whose mother can be glimpsed and heard in a house nearby. Bates spies on Marion while she undresses, and just when she seems like she's going to return the stolen money she gets brutally stabbed in the shower. Norman finds her body and puts it in the car which he pushes into a swamp. Marion's sister Lila and Sam go looking for her, as does Arbogast, a PI who has been hired to find the money. Arbogast questions Norman and also gets brutally stabbed to death. When he fails to return, Lila and Sam go to the sheriff who tells them among other things that Mrs. Bates has been dead for ten years after killing the man she was involved with and then killing herself. All the while, we hear Norman talking to his mother and insisting on taking her down to the cellar. Lila and Sam search the hotel and eventually Lila finds a woman's stuffed corpse and Norman, dressed in old women's clothes, tries to stab her. Later a psychiatrist explains that the now incarcerated Norman is schizophrenic and had murdered his possessive mother because he was jealous of her lover. He had taken on her personality when drawn to a woman such as the fated Marion.

What makes the film extraordinary is the use of action codes and an uneasiness that occupies the narrative through shot structure, real time, lighting, editing and sound. Hitchcock also deliberately disrupts the equilibrium audiences have come to expect from classic film narratives. The film opens as a crime story, turns into a murder mystery in which the lead character is the victim well before the end of the film. Psycho has a perplexing closure that denies the audience knowledge of the lost forty thousand dollars and Norman's unknown victims, and displaces sympathies and identities normally attached to lead roles. Norman's monstrous inner is developed with strange, angular lighting and a repressed homosexuality. The story unfolds in a very impersonal way, where the camera's omnipotence occasionally betrays the thoughts of its subjects. One brilliant moment involves the camera tracking between Marion while undressing and the money on the bed, reminding the audience of her deviousness and temptations, a mood heightened by her sexuality. The same technique is repeated after the shower scene, where the camera moves with Norman's gaze around the room towards the money, creating a bridge between the minds of the two enigmatic protagonists. All of these features of the original are reproduced in Van Sant's restaging in a manner that "subverts all audience wisdom about audience expectation" (Romney 31). The conversion from black and white into colour is the major technical innovation, cleverly highlighting details which speak volumes, such as Marion's telling bra's move from femme fatale black to aggressive orange. But it is the qualities of the film that remain the same which play on audience expectation, such as the shifty dialogue whose anachronistic sound reinforces the sinister subtext. The shower scene is bloodier, and Vince Vaughn's Norman is more blatantly homosexual, but the film is above all else a bold experiment and a deliberate challenge to accepted notions of originality. Perhaps the most critical moment for this intention is the retelling of the shower scene, the most famous horror scene in cinema history. Audience reaction to the shower scene was extreme when the film was first released in 1960. Hitchcock is said to have asked Paramount to allow him to remix the sound in the successive shots to accommodate audiences' "residual howling" (Branston & Stafford 49). The shower scene is the climactic moment for Van Sant's artistic intention: the absence of the same impact due to the audience's expectations of it questions what authority the critical reading has over the interpretation of antique films which are canonised and labelled as sophisticated or arty. What we come to expect from a remake that goes shot for shot is dismantled by the poignant illustration of the changes that have occurred since audiences have acquired a postmodern manner of regarding the on-screen world, particularly with the prevalence of films which stress the audience's participation in the attribution of meaning and value to the text, such as The Truman Show (1998), Scream (1997) or The Faculty (1999). Van Sant's Psycho uses the old-school to point out how our current attitude towards sexuality, violence and dementia have changed alongside our media culture, and most importantly he points the finger back to the audience, forcing us to recognise our new criteria for being frightened or aroused and our resistance to being inert receptacles of fictitious events and ideologies.

John O. Thompson boils down the academic aversion to adaptation from book to film to four key points of resistance, three of which are applicable to the Psycho question: authenticity (the original is authentic, the adaptation is simulacrum), fidelity (the adaptation is a deformation or a dilution of the original), and massification (the original must be harder, more cognitively demanding, or the latter would not be the more popular for an 'unskilled' mass audience; Thompson 11). This last consideration is central to the critical response to Psycho. The overwhelmingly negative critical reaction to the film has given the audience very little credit for its ability to distance itself from the immediate narrative, a skill that is learned by default as we as viewers of postmodern media are exposed to more and more material that cleverly puts itself into a cultural context. The new Psycho may have surrendered its mysterious and disturbing nature but it has done so in favour of demonstrating how much we have changed, and in so doing has also managed to point out how critical appraisal of postmodern films fails to acknowledge the symbiotic relationship between mass audience and cinema art form.