The Making of a Hockey Movie 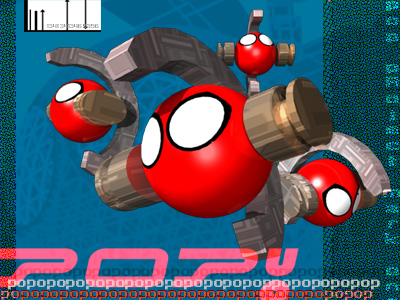 An event occurred recently in the world of professional sports in North America which may have set a precedent for superstar (celebrity) retirement and celebrity/fan interaction in the future. The event was hockey superstar Wayne Gretzky's last National Hockey League game, played between the New York Rangers and Pittsburgh Penguins (with Gretzky a member of the former), a Sunday 'matinee' contest at the famous Madison Square Garden in New York City.

An event occurred recently in the world of professional sports in North America which may have set a precedent for superstar (celebrity) retirement and celebrity/fan interaction in the future. The event was hockey superstar Wayne Gretzky's last National Hockey League game, played between the New York Rangers and Pittsburgh Penguins (with Gretzky a member of the former), a Sunday 'matinee' contest at the famous Madison Square Garden in New York City.

What makes this particular event unique is that the game itself (which, if not for Gretzky's retirement, would have been of little interest, since the Rangers were long since eliminated from the playoffs) was virtually 'staged' as a component of Gretzky's retirement ceremony, and indeed resembled a television entertainment special, musical and/or theatrical program in every way. So, every facet of this, one of the last regular season games, was focussed on "The Great One", as he is known to his adoring fans. This is where the pivotal part comes: Gretzky announced his long- speculated retirement, that his last game would be this match, just several days beforehand (in most cases of note, for obvious reasons, this announcement comes after the season ends). This of course sent the media into a frenzy to prepare for what Gretzky himself referred to as a final "celebration", which would honour not only himself, but also involve in an 'intimate' setting those players, coaches, etc. (professional hockey and other sports figures alike; Mario Lemieux, former leader of the Pittsburgh team and former team-mate Mark Messier as the "greatest players he has played against and with"), celebrities from the world of music (Bryan Adams sang the Canadian national anthem) and screen (Christopher Reeve) whom Gretzky considers friends and influences in his life -- and of course his wife, actress Janet Jones, their three children, and parents. And let's not forget the devoted fans and audience, providing the necessary backdrop for it all.

What was to be, then, your run-of-the-mill, pre-play-off regular season meaningless hockey game was transformed into an entertainment spectacle, complete with pre-game ceremonies of presentations by his buddies, former and present team-mates, gifts (the usual icons of North-American status excess) of a Jaguar (or Mercedes?), and a massive "high- definition" television set. The network television lead-in confirmed that this was to be "Wayne's day", with highlight reels of his 20-year career in the NHL and his earlier days on the backyard pond. These snippets were even interspersed throughout the breaks in the action during the game, along with short interviews with Wayne's friends in the audience, which by the way inevitably offered the same synopsis: "he was great for the game, but he was also great off the ice." It is this 'off the ice' congeniality/patience with the fans (and media) which has added immensely to his popularity, and has guaranteed that many "billions more will be served" at McDonald's.

Perhaps what made this whole spectacle most interesting, however, was the hockey game itself, which seemed something of an afterthought lost in all the hoopla surrounding it. Colour commentator Harry Neal remarked after a period and a half or so of play that it was a "no-hitter", but stopped short of using 'boring' as an adjective. This of course was no accident given the circumstances: Gretzky was a gifted player who relied on skating and playmaking rather than hitting, and who was against fighting in the NHL -- it was obvious that the players on both teams were catering to Gretzky's wishes in honour of this, his last game. They were not going to spoil his 'party', and no-one laid a hand on him, much less each other, during the course of the action. Even Matthew Barnaby, Pittsburgh's noted 'dirty' player was uncharacteristically polite throughout. Indeed, how could they not be on their best behaviour, given that they were as much a part of the pre-game ceremonies as everyone else (the whole Pittsburgh team was seen to 'clap' their sticks against the ice in appreciation after each presentation to Gretzky).

The net effect of it all was that everyone could not help but be in awe of "The Great One", who was characteristically humble and gracious throughout it all. By extension this also had the effect of making the play of the game much more 'tentative', where normally aggressive players were seen to compromise their styles in order to 'accommodate' Wayne. In a game which is normally brutally physical and sometimes downright violent (concussions are not uncommon) this particular contest was definitely out of place, more akin to an all-star game where players are careful to avoid bodychecking and injury. But unlike an all-star game because of this tentativeness, it was also low-scoring; short of capping off a 'scripted' ending with Wayne scoring the winner, it was the captain of Pittsburgh who decided the contest into overtime (which was probably appropriate lest the drama seem a little too 'given'). Playing the devil's advocate, I couldn't help but wonder what would have happened if one of the opposing players had really 'had it in' for Gretzky, and realising that this was his last chance to make a little history of his own had taken the liberty to 'take Wayne out'. But then that sort of behaviour simply wouldn't have been tolerated on either side, and it was likely no coincidence that there were no grudges between these two teams (for this game at least).

Closing ceremonies were appropriately tearful and long, with Wayne making repeated return appearances/encores to skate around the ice acknowledging the fans and players alike, the highlight reels again, and finally the last intimate interview and press conference. To me, the upshot of it all is this: to my knowledge, no other sports figure has demonstrated the power to 'tailor', if you will, a regularly scheduled contest such that the arena was utilised as a 'stage', with players from both teams willing 'actors', including the audience, of course, in order to provide Wayne with the type of send-off that he would (as 'director') have wished for. And what Wayne wanted was a "celebration" for everyone, hence it was no accident that his retirement announcement came before the season ended. The timing in the 'lull' between the regular season and the playoffs was also perfect.

Here I believe we have a case of that 'blurring' or "slipping" between reality and fiction, or fantasy which Marshall refers to in a previous M/C article (b. 8). For what was created in fact was a 'staging', involving an altering of normal player/player and fan/player interaction, such that in the player/player interaction, the staging consisted of an oscillation between how the game is normally played in the minds of the players and an 'acted' version of this in order to accommodate "Wayne's World". The result was a rather unique version of the fastest and arguably the most dangerous of team sports -- truly, a celebrity version. In terms of the fan/player interaction, that 'oscillation' was present here as well, whereby cheering for a team inevitably was dominated by cheering for a single player (thus how the game is normally watched versus watching Wayne's game). The game itself had indeed become meaningless and was transformed into a Gretzky entertainment special; thus it was that the chant "Gretzky, Gretzky" which came up regularly, in order to spur "The Great One" on to his last goal at MSG (as it turned out, he managed an assist). The "slippage" was occurring at this level also, as fan participation reached new heights such that the collective consciousness of encouragement for Wayne provided an idyllic setting for the feature; they had become a part of the film, along with the Gretzky family in the stands, cheering him after every shift, and the distance between hero/player and audience was lessened by Gretzky's acknowledgments (something that simply wouldn't happen, at least to this degree, in a normal game). Fans always like to think that they have some influence on the players and the outcome of the game; in this case that influence was magnified as a sharing of a part of Wayne Gretzky's life. They had become a part of Wayne's movie.

The 'slippage' had occurred on a grand scale. To be sure, a sporting contest is entertainment, but this event had 'slipped' into a theatrical contest for all, player and fan included. Everyone was in the picture; the normally fiercely competitive player interaction was tempered, and the fan involvement moved a notch closer to the ice surface. To conclude, I believe that these 'virtual movies' will become more commonplace as both fan/player interaction demand and player as celebrity status increase. For the player/celebrity, it's a way to go out with a 'bang' and satisfy a number of demands in one convenient package. For the fan, it's a step closer to that craved intimacy with their hero, another escape from the confines of the reality of the mundane, only closer yet to that elusive illusory ideal. Thus we will have willing 'actors' in these retirement dramas, where a sports contest is fundamentally altered to an emphasis on sentiment value, an opportunity for a collective 'feel-good' experience where everyone wins -- except for those who come to watch a good hockey game, or whatever the sports 'feature' of the future may be.