The Subject of Howard's Desire 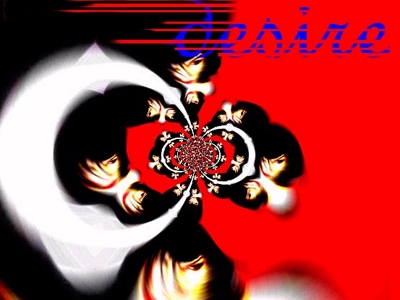 In February, whilst the Australian Federal Senate were debating dull three-letter acronyms such as VSU and GST, the Australian Prime Minister John Howard was attending to important issues such as producing a preamble for a nonexistent revised Australian Constitution. This seemingly harmless activity sparked enormous debate in the media regarding the linguistic representation of Australia and the Australian people. Language was the issue and everyone, it seems, fancied themselves as linguists. Howard's preamble became situated within an ideological debate concerning an equitable representation of people in Australia. The response to Howard's preamble has been varied, but generally quite negative, suggesting that it does not embody the views of all Australians or even recognise many aspects of a notion of 'Australian'. Consequently, newspaper editorials have been crammed with protests regarding the representation and exclusion of various groups, and the general white male Christian bias of this text.

One of the more interesting comments came from Fr. Frank Brennan who expressed his disgruntlement at the grammatically and consequently ideologically passive representation of indigenous Australians.

John Howard's preamble treats only Aborigines passively -- as objects, not subjects. ... Aborigines and Torres Strait Islanders appear without ever making it into the subject of any sentence of the preamble.

Brennan's comments refer to the fourth sentence of Howard's preamble.

Since time immemorial, [our land] has been inhabited [by Aborigines and Torres Strait Islanders]

Indeed this reference to indigenous Australians is the only acknowledgement in the preamble of this group's presence in Australia. It is the passive version of the active sentence "since time immemorial Aborigines and Torres Strait Islanders have inhabited our land". Considering that active sentences are more commonly used than passive constructions, the fact that Aborigines and Torres Strait Islanders are referred to passively seems quite significant. Passivisation moves the agent of a sentence, which is usually found in the subject position, to an end of sentence by-phrase adjunct, replacing the agent with the patient in the subject position. This shift in focus causes agency to become unclear. The agent's increased distance from the verb removes the agent from the action, suppressing the direct involvement of the agent with the activity referred to by the verb. In the fourth sentence of Howard's preamble, the agency of "Aborigines and Torres Strait Islanders" is obscured by the passive construction. This noun is distanced from the verb, not allowing the act of habitation to be directly ascribed to this entity. Instead, "our land" is given focus and importance by occupying the subject position. This choice of the passive reflects, to some extent, John Howard's and the Liberals' policies regarding the indigenous population of Australia. The political agency of Aborigines and Torres Strait Islanders has always appeared minimal in issues that affect this group of Australians such as the Liberals' Wik legislation. The apparently insignificant act of distancing the linguistic manifestation of this entity from the action denoted by the verb "habitation" perhaps perpetuates this politically suppressed agency and disempowerment.

Yet Brennan makes the mistake of claiming that it is only Aborigines and Torres Strait Islanders who have their focus as a political entity removed through their passivisation. Of interest in this text are the first two sentences in the preamble, which are also passives.

... [The Commonwealth of Australia] is constituted by [the equal sovereignty of all its citizens] [The Australian nation] is woven together of [people from many ancestries and arrivals]

In these two sentences, the agents, "equal sovereignty of all its citizens" and "people from many ancestries and arrivals" are similarly concealed by layers of grammatical structure. The phrases referring to the Australian nation and Commonwealth are given dominion over the entities signifying Australians as individuals. The nation and Commonwealth are actually the result of the activity of "constituting" and "weaving", performed collectively by the Australian people, yet the grammatical positioning of these entities in the by-phrase adjunct distances them from the verb and therefore action, reducing the potency of their agency. The result is a failure to acknowledge the political and social role of individual Australians in the creation and composition of the Australian nation. Thus, ignoring group crossover, these two entities, Aborigines and Torres Strait Islanders and the citizens of Australia are dealt with in a similar manner by Howard, as passive entities.

Though the passive treatment of Aborigines and Torres Strait Islanders is perhaps unsurprising considering past and present Liberal party policy, the comparable grammatical manipulation of the latter sentences is not as predictable. Liberal philosophy revolves around the individual, with this singularity of thought generally influencing party politics and policy making. The emphasis in these two sentences is not on the Australian people, but the Australian nation which occupies the subject position in both sentences. Then what was Howard intending? Perhaps Howard's desire was not to support the politically passive nature of Aborigines and Torres Strait Islanders through a corresponding sentence construction. The lack of correlation between the latter two sentences and Liberal party policy would support this argument. However, another suggestion might lie in Howard's intended use for the preamble. Howard wrote this constitutional preamble considering its potential as a verbal document, habitually spoken not by one person, but by collectives in, for example, schools. This context coupled with the placement of "the Commonwealth of Australia" and "the Australian nation" in the subject position with the agency of the individual Australians grammatically suppressed, perhaps fosters a sense of nationalism. As members of a group ritually chant this text, no doubt concentrating on the Australian flag, they subdue thoughts of individuality and agency, focusing on the importance of nation and oneness. This collective voice is emphasised in the plural nouns used in the final line of the preamble, "in this spirit, we, the people of Australia, commit ourselves to the Constitution". Perhaps then, the passive choice of the latter sentences, like the first example, is politically significant after all, reflecting Howard's desire for a mild form of nationalism. If this is the case then, though protests concerning the usual suspects of race, gender and creed are legitimate, the more subtle political motivations behind such a potentially significant text should be examined more closely.