Renewing the Notion of Cybernetic Living and Working Environments 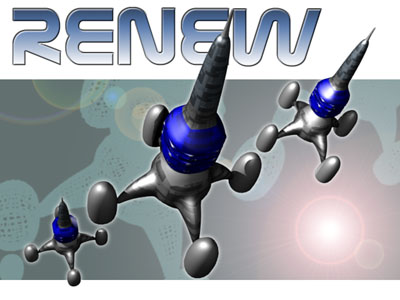 This paper has been constructed in a variety of working environments; some physical, some virtual, some merely perceptual. At an ever increasing rate, both work and leisure for the informationally-overexposed in contemporary, "post-modern" western cultures are taking place in a heterogeneous assemblage of working and living environments. At this point, I want to specifically consider the personal computer as a domestic space, one that mirrors, oddly and specifically, the ways that we relate to our own personal living spaces. I'm considering the domestic because I want to get away from some of the more outlandish configurations of virtual spaces in critical writing.

These configurations in such writing tend to suggest that virtual spaces are utopian and transform our relationships with mundane reality. The mirroring I want to talk about is instead an illustration of the way we incorporate the virtual with the real in quite prosaic ways.

One of the traditional conceptualisations of the divide between the private and the public sphere is to consider it as a distinction between play and work, although obviously this kind of distinction has the greatest currency when gender roles are highly specified in different spheres (and indeed the notion of culture as a bifurcated structure at all has less currency in postmodernity). The personal computer, being a multi-purpose computational and communication system, is capable of taking on many roles, depending on how its software infrastructure has been furnished. The kinds of distinctions we impose on its use have much stronger interactions at the wider cultural level. In Europe and in countries such as Australia and New Zealand, the so-called "personal home computer" of the 1980s held a much greater sway over the domestic market than it did in the United States, simply because buyers at the time had much less invested in the distinction between machines for work and for play. But shifting working patterns have forced machines that can do the work to go into places where they might not have been accepted before. And the clear distinctions of usage (work vs. play) have begun to blur in quite complex ways. But certain aspects of a computer's function have not quite managed to catch up...

Despite the now unremarkable ubiquity of the personal computer in the home, the metaphors for data organisation in modern operating systems are clearly evolved from business office layouts. Discrete packages of information are "files", organised into "folders", "directories", or "drawers". Graphical User Interface (GUI) based operating systems further the metaphor, drawing files as sheets of paper with the corner folded, stored in manilla folders or filing cabinet drawers, which are accessed from a "desktop". These metaphorical associations of data types and programs suit the corporate office environment rather better, it could be argued, than the domestic environment, regardless of whatever actual use the computer is put to at home.

I want to parallel two quite distinct and seemingly very different activities, by way of an illustration of how we arrange our data and our personal lives. The first is moving house. The second is re-installing Windows. Long time computer users will know what I'm talking about here, but for other, more fortunate types, I'll explain.

The Windows operating system for PCs controls everything about the computer, from the way a piece of software can save data to the hard drive, to making sure the cursor and the mouse are in sync. Before a piece of software, such as a word processor, can be used normally, it must be copied to the hard drive of the computer and made to communicate with the operating system. This, in Windows, involves the operating system registering the location and function of every file that makes the software work. The more programs the user adds, the more this "registry" gets filled up, and the greater the chance that the data held in the registry breaks in some way. Eventually, the operating system grinds to a halt, and the computer seems barely functional. At which point, the only solution is to save all the user's data to a separate location, wipe the contents of the hard drive, and reloading all the software, starting with the operating system. This process is intensely tedious, and occasionally disastrous. Sometimes, programs only work due to very precise and unrepeatable combinations of driver software. Occasionally, the user might forget to back up all their data, and lose important files. Idiosyncratic settings that give the machine a unique personality for the user will invariably vanish.

There can be any number of important reasons for moving house, but typically they don't involve the fact that the owner has broken the old one. However, in some way, the house is less fit for residence than it was previously. So it is with a computer re-installation. The level of psychic trauma associated with a move may be far greater than that with a reformat, but it is quantitatively, not qualitatively so. And just as a new house can be a breath of fresh air (even literally), a newly installed operating system will seem to fly through activities that it once wheezed through, even if the underlying hardware is the same.

A computer is a domestic space for power-users. It has to be cleaned, maintained, customised and made unique. Like a house, it is a text that has inscribed on it every change and renovation that the occupant has seen fit to implement within it. Although the metaphors of operating systems encourage us to think of data structures as we think of office stationary and equipment, the context of the usage and the attachments we form with these abstract structures colour the way we construct their environments. This is even starting to feed into the design of user interfaces. Music software is increasingly beginning to resemble hi-fi gear in its graphical designs. Image viewers have control panels like VCRs. I don't think that this can be reduced to a notion of form following function. Often these new interfaces actually get in the way of efficient operation of the software. But considered semiotically, they relate very strongly to our patterns of interaction with living environments.

Computers are tremendously widespread in western nations, and yet we are in a transitional period. They are colonising domestic spaces, creating new forms of spatiality that are domestic but both physical and virtualised. Moves have been underway for several years to bring this colonisation to an apotheosis, a state of ubiquitous computing, whereby computers become seamlessly and invisibly integrated into all domestic and working environments. Early attempts have included the "WebTV" project, a mostly unsuccessful attempt to turn the TV into an Internet browser. If such a change does come about, it will almost certainly transform the way we interact with our computing technology again, and this time, in unrecognisable ways.