Moving Beyond Black and White 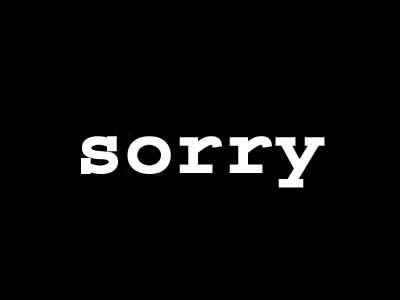 In a letter responding to the Federal Government’s refusal to offer a formal apology to the ‘Stolen Generation’ of Indigenous Australians, members of the Vietnamese-Australian community expressed an understanding (often lacked by Anglo-Australians) of the need to appreciate their position as migrants in relation to the Indigenous community:

"We are here now, living in cities and towns that once were their hunting grounds, their camping places, their sacred sites. We are the beneficiaries of their dispossession, and we acknowledge their loss. We understand about the loss of home, family and cultural values, and we too would like to express our deep sorrow to all indigenous Australians for their suffering and offer our support for genuine reconciliation." (Le and Nguyen 14)

This letter remains one of the few instances in which the contemporary positioning of migrant and Indigenous peoples is discussed in relation to one another.

It is demonstrative of some of the points of continuity between the ways Aboriginal and migrant collectivities (especially those who are racially ‘marked’) experience Australian society but, more often than not, these connections remain under-theorised. In Australian debates concerning the significance of descent, belonging and culture, there have been two distinct, yet connected currents (Curthoys 21). One of these debates concerns the positioning of Indigenous and settler Australians within a (continuing) history of colonisation and genocide. The other debate centres on immigration, multiculturalism and ethnic/cultural diversity. Ghassan Hage argues that such distinctions are a reflection of a white governmental tendency that conceives ‘white-Aboriginal’ and ‘Anglo-Ethnic’ relations in oppositional terms. The whites "relating to Aboriginal people appear as totally unaffected by multiculturalism, while the ‘Anglos’ relating to the ‘ethnics’ appear as if they have no Aboriginal question about which to worry" (24). It is only since the mid to late 1990s that debates on both Indigenous and immigration policies (re-ignited by independent member of parliament Pauline Hanson in 1996) have been explicitly connected.

This article examines the ambiguous and often strained relationship between the positioning of Indigenous and migrant peoples in contemporary Australian society. While the above letter suggests a degree of sympathy and empathy between recent migrant collectivities and Aboriginal people, such a level of recognition and understanding cannot be taken for granted. The following account of Aboriginal-migrant relations indicates that these are structured by both "complex conflicts and points of solidarity" (Perera and Pugliese 5). Given that both diasporic and Indigenous communities can be the targets of white supremacist ideologies and hostilities, some commonalities between these collectivities become apparent. The "attraction of outsiders to fellow outsiders, the stranger (the [I]ndigenous made a stranger in her or his own land) to the stranger from elsewhere" (Docker and Fischer 15), can result in the creation of common interests and affiliations. However, diasporic communities do not share the same history of colonisation (in Australia, at least) with Indigenous Australians, and may be perceived as yet another set of invaders. Just like the colonisers, more recent migrants are beneficiaries of the original dispossession and (continuing) colonisation of Aboriginal and Torres Strait Islander Australians.

The Indigenous and the Diasporic: Tensions and Uncertainties

The shared knowledge of being located on the margins of white Australian society has enabled Aboriginal and non-white racial minorities to see many similarities in their circumstances and experiences. Both Aboriginal and non-Anglo migrant collectivities have largely been excluded from dominant ideologies of Australian national belonging. Those migrants who have come to Australia as refugees can often appreciate the feelings of cultural domination and loss that many Aboriginal people experience on a daily basis. Both Aboriginal and NESB collectivities have also come under pressure to adopt the assumed monolithic Australian culture. The assimilation policy offered a chance for Aborigines and NESB migrants to ‘fit in’, but this was on the proviso that they conform. Both NESB and Aboriginal communities experience ongoing structural disadvantages in Australian society and its economy. These collectivities can also suffer discrimination and hostility in their social relations with fellow Australians.

Despite these similarities, however, there is often a lack of identification between Aboriginal and migrant collectivities. Australian Indigenous and immigrant peoples have very divergent histories and Aboriginal and Torres Strait Islander people often resist being drawn under the rubric of multiculturalism. Instead, many Indigenous Australians have attacked multiculturalism, claiming that the idea of the equal validity of every culture "reduces them to the status of just another ethnic minority" (Bulbeck 273). Many Aboriginal and Torres Strait Islander people wish to reinforce their status as the ‘first’ or Indigenous peoples of this country; an insistence that does not necessarily assist recognition of the ways in which racism and ethnocentrism impact upon ‘Other’ minorities.

Another reason for the relative lack of engagement between Indigenous and diasporic communities is that the political agenda of Aboriginal and Torres Strait Islander people is different from that of other minority collectivities. Indigenous activists have expressed understandable and substantiated fears that the focus on multiculturalism not only overlooks the Indigenous status of Aborigines as ‘first peoples’, but can distract attention from the issues of land rights and Native Title (Gunew 455). Lois O’Donoghue recognises both advantages and disadvantages in contemporary multiculturalism: "Perhaps Aboriginal people have benefited from the greater appreciation of cultural diversity which has resulted from the admission of other points of view". However, "we are the original inhabitants of this land, and our sufferings, past and present, make some form of special recognition a moral imperative" (qtd. in Bulbeck 274).

Another difficulty lies is that newly arrived migrants are extended various social rights and privileges that have only relatively recently been granted to Indigenous Australians. Many Indigenes have resented the fact that new groups may be better treated than themselves, with some migrants taking on "the racist stereotypes of Anglo-Australian society" (Vasta 51). In Sang Ye’s interviews with various Chinese migrants in The Year the Dragon Came, for instance, one interviewee claimed that: "Nearly all the Aborigines are unemployed or refuse to take jobs that are available; they’re outside the pubs or on the grass getting drunk on beer" (182). These comments show very clearly that the common experiences of racism that many NESB and Aboriginal Australians share do not automatically guarantee understanding or political solidarity between the two groups (Perera and Pugliese 14).

The above quotation also illustrates the way in which NESB Australians can reproduce dominant white Australian characterisations of contemporary Aboriginality. Aboriginal people continue to face popular conceptions of themselves as drunken, lazy, intellectually inferior, or as suitable only for servile or menial work (Morris 171-173). As Ruby Langford Ginibi maintains:

They’ve got us stereotyped as nothing but lazy layabout boongs, you know, and they see a Koori fella staggering down the street charged up and they say, ‘Oh, they’re all like that,’ but they never stop, or pause to think, ‘Hey, what’s made this person like this?’ You can’t do what has been done to a race of people without it having disastrous results. (qtd. in Little 105

As long as Anglo- and NESB Australians focus on the low socioeconomic position of Aboriginal people without considering the lasting effects of colonialism, Aborigines will continually be cast as the culprits of their own positioning. Widely-circulated conservative ideologies that blame Aboriginal people for their own victimisation overlook the enduring legacies of colonisation. As Arthur Corunna states in Sally Morgan’s My Place: "You see, the trouble is that colonialism isn’t over yet" (212). According to Suvendrini Perera and Joseph Pugliese, "[i]t is vital that the structural disadvantages and racisms faced by indigenous peoples not be relegated to history, but be seen as ongoing in contemporary Australia" (10).

Many Aboriginal communities also feel that because migrants have not, in Australia at least, suffered the same extent of cultural domination, they are less disadvantaged. John Docker argues that each individual in 1788 and since who has come to Australia, however variegated their experiences and "however much there has been racism and ethnocentrism and differential access to power ha[s] benefited from the original invasion and dispossession of the Aboriginal peoples, and still benefit[s]" (54). For Aboriginal people migrant groups could be seen as another set of invaders, "not brothers and sisters on the margins, not the fellow oppressed and dispossessed" (Docker 54). Aboriginal and Torres Strait Islander people have thus avoided conflating their own political agendas – at the foreground of which are land rights and Native Title – with the very different concerns of various migrant communities (Brewster 16).

Many Aboriginal people feel that because those migrating to Australia can retain their language, and often have families or communities to go to, they are less disadvantaged. Langford Ginibi’s comments are illustrative:

In her autobiography Born a Half-Caste, Marnie Kennedy makes similar claims: "Every nationality in Australia is allowed to speak its language. They have their own gatherings. These are the things that make Aborigines very bitter because they were made to give up everything that was sacred to them" (4-5).

Given the tensions and contradictions outlined above, long-lasting and productive relations between Aboriginal and NESB peoples can sometimes be difficult to forge, but it is important that NESB people recognise their responsibility in the ongoing dispossession of Indigenous Australians. NESB migrants (and all non-Aboriginal Australians) remain the beneficiaries of colonisation but, unlike their Anglo-Australian counterparts, non-white migrants have been racially marked and had their ability to claim the title ‘Australian’ questioned. Ongoing analysis of the positioning of NESB collectivities in relation to Aboriginal peoples will assist in undermining the central conflict of Black vs. white in reconciliation debates. Further research might also help disrupt the continuing cleavage of ‘the immigrant’ and ‘the Indigene’ in contemporary paradigms of reconciliation, providing a space for discussion on the potential role and contribution of NESB Australians to the reconciliation process.