Who Owns Your Sickness in the New Corporate Wellness? 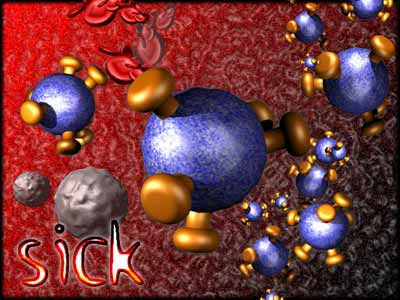 Workplace wellness programs raise the question: Who owns the health and sickness of the employee?

Once, they belonged to the person and his/her doctor, in a kind of binary health relationship. Now companies have made it a triangular relationship. But actually, it's rectangular - the government is also shaping this relationship by occupying a fourth corner. As Nikolas Rose (1989) points out in his exploration of the place of individual in the corporate state, history suggests that it might be the government whose corner is dominant.

Rose notes that "Taylorism", the scientific pursuit of maximum efficiency of human labour which was fashionable early last century, is now seen not just as the creation of industrialists like Henry Ford. Much more broadly, it reflected a philosophy current in the western industrialised nations like the US, UK and Germany. Achieving optimum output from men and machines was "part of a wide family of political programmes that sought to use scientific knowledge to advance national efficiency through making the most productive use of material and human resources."

Reflecting prevailing political climates, national governments had already begun to introduce legislation which regulated the relationship between capital and labour. Ostensibly, these laws were intended to protect the rights of workers, but Rose suggests that their ultimate motivation was to ensure the nation received social dividends from the labour market.

That was then. Now, social dividends from employment may be different but governments are still pursuing them. It was a labour government in Australia in the 1980s which first required employees to fund their own aged pensions (by trading off pay increases for superannuation). In another manifestation of their worry about the costs of an ageing population, governments are now prodding workers to become their own health managers, through the agency of wellness programs at work.

Wellness programs really began to flourish in the last 20 years, most visibly in the Unites States where pressure from the employee health insurance system and high participation targets set by the Federal Government have made them the rule. "As a result, work-site health promotion programs are becoming increasingly prevalent. In 1985, 65 percent of work sites with 50 or more employees offered at least one health promotion activity. The [Government's] Healthy People 2000 goals aim to increase this proportion to 85 percent and to increase employee participation in these programs." (Meurer et al. 1997, p. 384)

In other countries, pressure from insurance/litigation may be weaker, but employers have increasingly seen workplaces as suitable locations for health campaigns targeted at their employees, and governments have become supportive of such programs because of the public health benefits and convenience. They might be viewed as privatised community health promotion. In Australasia: "The idea of using workplaces as sites to promote health is attractive from a public health point of view. It provides an opportunity for adults to gain access to health promotion initiatives and enables them to participate in programs planned according to their needs in a familiar physical and social setting. It also provides an opportunity for health promotion efforts to extend to the worker's home and involve his/her family." (Williams 1991, p. 490)

From an employer's perspective, workers' sickness has always been a matter of interest because of the duty of care. In the distinctive social environment of work, their health has belonged at least partly to the company, but the wellness programs may be further stripping away the autonomy of health. Moral philosopher R S Downie and his co-writers (1990) believe that health promotion is not value-free. "It endeavours to persuade people to adopt certain lifestyles.") It attempts to transfer to the employees values held by the organisation, promoting a particular lifestyle - in this case, a healthy one.

Participation in wellness programs provides benefits which flow in two directions. The company donates the resources which allow the employees to avoid sickness and to live healthier lives. The employees donate a longer and more productive working life to the company and society. In this way, these programs conform with the dominant current management philosophy describing the relationship between employee and employer. Just as Hirschhorn (1988) describes how workers won social freedoms in exchange for psychological "unfreedoms" (the work ethic) in the industrial revolution , so Rose describes how modern, caring management practice is all about "aligning the wishes, needs and aspirations of each individual who works for the organisation with the successful pursuit of its objectives". A win-win situation?

In some organisations, some employees may not see it that way. The fact that wellness programs are declared "voluntary" may not necessarily rectify a perception of compulsion. Employees may believe that nothing is truly voluntary at work. With these concerns in mind, Stokols et al. (1995) advocate ethical guidelines to prevent job discrimination based on health status and related potential conflicts of interest. They say that the bottom-line benefits to management of health-promotion campaigns cannot legitimately include discriminating against employees who refuse to make healthy lifestyle choices.

Discrimination might exist on another level. What is the company to make of workers who choose to continue an unhealthy lifestyle which may put them at greater risk of a succumbing to a health hazard at work? The most well-known of such consequences is the predisposition to bronchial illness caused by smoking.

Of course, there are two sources of sickness at work; self-induced and work-induced. Smoking cigarettes may cause self-induced sickness. Mining asbestos may cause work-induced sickness. If it was once clear who was responsible for which sickness, the advent of workplace wellness programs has reduced the clarity. Such health promotion can make it seem that the employer has taken responsibility for both self-induced and work-induced sickness, or perhaps the worker has. Wellness programs are culturally ambiguous. Their very introduction signifies the employer's care for employees' health, but the function of the program is to teach the employees how to take responsibility for it. So Blewett and Shaw (1995) wonder whether health promotion programs change the balance of responsibility between employer and employee. The origin of this issue, they suggest, is in the World Health Organisation's 1986 Ottawa Charter for Health Promotion, which describes health promotion as "the process of enabling individuals and communities to increase control over the determinants of health and thereby improve their health." (cited in Blewett & Shaw 1995, p. 462) The writers argue that the health promotion rhetoric is increasingly focused on promoting 'self-responsibility' for health in the workplace, and the skills of health self-care.

If governments value wellness programs, and business likes them, is the workplace a conducive cultural setting for wellness to be marketed? Do workplace health promotion programs obviate the well-documented communication barriers from which community programs suffer? It seems they might. "Worksites afford a high degree of leverage for influencing the health of the population," according to Stokols et al. (1995, p. 1136) "Leverage" is a reference to the big percentage of the population (the employed) they reach, as well as the power of persuasion in a workplace. The persuasion can derive from the corporate culture which employers strive to create in their organisations - a mono-culture whose values are aligned with those of all members. It can also derive from company rules - all members of the organisation, whether value-sharers or value-rejectors, are captured by the requirement to conform with wellness objectives. Thus, in western industrial democracies, where smoking is banned it is usually because they are places of work.

It is necessary to ask the question: Do employees exposed to health promotion at work make good use of self-care skills. Williams (1991) notes that the uptake of health promotion campaigns, not at work but in the broad community, is greatest among those who least need the benefits - that is, it correlates with socio-economic status. Wellness programs in industrial settings provide opportunities for health promotion to reach lower-paid trades and "blue-collar" employees not well served by these community campaigns. However, poor health behaviours are based on life-long habits, usually reinforced by people's lifestyles, reference groups and family structure. These habits take time and persistence to counteract. It is only in the long term that participation gives employees positive benefits, and therefore positive reinforcement for their healthy efforts. Noblet and Murphy (1995, p. 18) report that "early workplace programs relied heavily on behaviour change techniques as their health promotion strategy." Therefore, many failed to produce lasting change because they did not take advantage of the complex social and cultural structure that exists within each workplace. The writers suggest that recently "activities have expanded beyond risk reduction strategies to a settings approach that addresses the social, organisational, environmental and cultural factors." (Noblet and Murphy 1995, p. 18)

In conclusion, it is likely that the motivation for companies to run health promotion campaigns will increase, but wellness may be a concept which fits somewhat awkwardly in the employer-employee relationship. Perhaps care for employees is the factor which will bring outcomes beneficial to all. Farnell (1987) expresses such care this way: An organisation's health comprises three components, its financial health, its organisational health (openness, trust, morale, etc) and the personal health of its members. No employer should consider the organisation in good shape without addressing each component.