Working in the Identity Economy 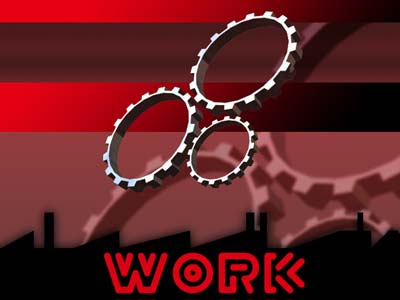 Invested capital demands growth. Growth is possible through the expansion of markets or through finding new products to sell, that is, by creating new markets. Thus, we have seen, over the last one hundred years, the commodification of more and more aspects of human life. However, what superficially looks like an ever increasing array of different products turns out to be, in essence, the commodification of just one human need, that is, the need for identity. Awareness of mind engenders the 'I/me' split. The 'I' is a knower, the 'me' is the known. The stuff that the 'me' is made of is discursive in nature. Stories are therefore the industrial engines of the identity economy and they are deployed all around us in print, in media, at work. As well they are encoded into material artifacts or into the social practices which are enacted via our access to identity services (be it travel, media, or latte).

Most of us now work in the identity economy and indeed work out our identity in the process of helping others commodify theirs. Consider the following advertisement for Compaq computers. "A whole new Compaq what's in it for me and me and me and me and me and me... a lot. We're here to help you get the most out of computing, whether you use one PC or run a vast global enterprise network". Current deflation aside, the Internet may turn out to be the ultimate domain for commodification of human identity. Not only is any desire available to be vicariously satisfied at any time of the day (thus extending the market in time) but the domain of desire is global in its reach, thus rendering possible the vicarious experience of omniscience also. As the recent add for the Iridium network proclaimed, "Welcome to your new office, it measures 510,228,030 square kilometers" omniscience in a packet.

The contributors to this issue of M/C dissect the work of identity in various ways. Common identities, shared by people within the same subcultures or national societies as such, are strengthened and maintained to a significant degree through shared, collective memories, as Patricia Leavy notes in her article which opens this issue and such "mass remembering" is "unconscious work necessary for the maintenance of social memory", she writes. Such collective memories are perpetuated largely through the media, and expanding on this thought Lelia Green explores the argument that consumption is indeed important work in a capitalist society. In our feature article for this issue, "The Work of Consumption Why Aren't We Paid?", she describes identity construction as "a major consumer project using raw materials provided by the mass media", but one which remains considered a voluntary activity.

Marxian approaches to 'work' practically appear by themselves in dealing with such ideas. Warwick Mules aims to "open out Marx a little" by investigating the changed nature of the worker in early twenty-first century capitalism. The increasing interest in shares and stocks is only one sign of the fact that the surplus value produced during work is now often incorporated into the labour force itself; workers invest in their own lives and in the process become 'dividualised', motivated by a desire to become their future selves. Work time and free time blur in this pursuit. Frederick Wasser's article examines this point further by problematising the division between work and free leisure, especially in the light of convergent new media technologies which are used for both in equal measure. In the process, does the quality of our leisure time suffer as the opportunity, perhaps the reminder, to do some more work remains ever-present?

And, in this dividualised, self-motivated workforce, what about those who value leisure over work? Andrew Butler uses the films of Kevin Smith to examine the effects of being a 'slacker' on one's own masculine identity. Characters in Clerks, Mallrats and Chasing Amy appear to find it hard to escape from capitalist ideology, from the societal imperative to work: "the man without work is cast adrift, still in search of an identity". This is hardly a surprise, given the history of work ethics described in Sharon Beder's contribution to this issue beyond the protestant emphasis on work as a religious calling there rose a secular work ethic encouraging "ambition, hard work, self-reliance, and self-discipline" in the nineteenth century which Beder traces through a study of selected self-help texts and children's books of the time.

And such work ethics continue to exist today, albeit in modified forms which link to the latest theories in business communication and cognitive psychology. Beyond the hokey new-age exercises which have been thrust upon workforces in the last decades, staff motivation does constitute a crucial factor in commercial success and effectiveness, and so, as Caroline Hatcher writes in her article, "emotion, and passion, as heightened emotion, have come to play a newly understood role in our work lives". Passions of a different kind, however, are evident in Jennifer Ellis-Newman's study which closes this issue. Investigating gender disparities in Australian universities, she found "subtle processes that continue to operate in some higher education institutions to prevent women from reaching their full potential" as academics, because of their perceived identity as women first, and academics second.

This article shows that older problems do not vanish magically as we turn our attention towards new ones. How can these women help others their students establish and commodify their identity if their own identity as workers is thus continually undermined? In addition to this problem, the articles in this issue of M/C also question the nature of worker identity itself, and indeed the very nature of work and leisure at the beginning of this new century. Is there any bit of identity not engaged via the consumption of work and the work of consumption? As Gary Cross has extensively documented, the march of the work-and-spend ethic has been victorious over other community-oriented uses of leisure time for the last two centuries. Any account of commodification via the new media that ignores this tendency should take into account Cross's arguments that clearly document that "the task of creating conditions for personal and social expressions relatively unmediated by goods is hard work even if all insist that it should also be play" (112).