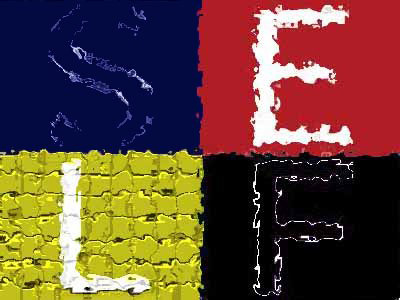 Me? "I" am everywhere. The 'self' permeates contemporary culture. Through capitalist individualism and conservative politics, 'self' must be considered first above the needs of the group - "looking after no. 1". In therapeutic, religious and consumerist discourses of self-improvement, self-help or self-actualisation, 'self' is obscured; an entity which needs to be sought and found, changed or accommodated, an entity which one needs to become "in touch with". Within these permutations "self" carries the assumption of its own existence, as either a stable, unchanging entity or as a contextually sensitive and dynamic identity.

We invited submissions on the broad subject of "self" and were overwhelmed by the range and ambition of responses tendered. As a result, the "Self" issue of M/C contains a Feature Article and three sub-sections: 1. Performances and the Public Self, 2. The Self and the Physical, and 3. Representing Selves, Consuming Selves.

We are very pleased to have Michael Clyne as the feature writer for this issue. "Saving Us From Them -- The Discourse of Exclusion on Asylum Seekers" is a timely and relevant critique of the rhetoric currently being adopted by Australian political leaders and the media around asylum seekers. Clyne discusses the negative construction of asylum seekers through this public discourse, particularly focussing on various events such as the "children overboard" affair. The use of such terms as "queue jumpers" and "border protection" are examined to reveal an exclusionary and damaging discourse which both reflects and is enacted in public attitudes and ultimately political policy.

The first of our sections, "Performance and the Public Self" investigates manifestations of self across film, television, theatre and writing. Sandy Carmago, in "'Mind the Gap': The Multi-Protagonist Film Genre, Soap Opera, and the Emotive Blockbuster" explores the self in American cinema, and more particularly, in "multi-protagonist" or "emotive blockbuster" films, using the example of Magnolia. Carmago argues that although these films represent very different selves to those in mainstream (single-protagonist) action blockbusters, principally via their use of multiple protagonists, ultimately "[t]he emotive blockbuster supports rather than critiques the view of the self as isolated, solipsistic, and focused on personal rather than social distress."

In "Modernity and the Self: Explorations of the (Non-) Self-determining Subject in South Korean TV Dramas", Angel Lin explores the cultural constructions of self/self-determining subject in popular South Korean television programmes. Lin argues that the programmes create spaces for the contestation of contemporary notions of self, particularly the conflicts between traditional culture and the influences of Western notions of self.

"What is Real? Where Fact Ends and Fiction Begins in the Writing of Paul Theroux" is Andie Miller's examination of Paul Theroux's construction of truth and self within his travel writings, particularly Fresh-Air Fiend and My Secret History. Miller describes Theroux's ability to perplex his readers by mixing fact within fiction and fantasy with non-fiction, which then influences the manner in which he is described within reviews and comments on his own public self.

The first section concludes with Mark Peterson's "Choosing the Wasteland: The Social Construction of Self as Viewer in the U.S.". In this piece, Peterson attempts to resolve the contradiction between the high level of television consumption in the U.S. and the criticism of television content in individual and public discourse. Peterson suggests that the term "veging out" and its associated discourse provides a window into this paradox by allowing American consumers to construct themselves as "sensible, choice-making persons" whilst also watching large amounts of television.

The second section of articles, "The Self and the Physical" revisits the mind/body dichotomy which has perplexed philosophers for thousands of years. This section begins with Paula Gardner's "The Perpetually Sick Self: The Cultural Promotion and Self-Management of Mood Illness". In this article she investigates the cultural promotion of a 'script' that assumes sick moods are possible, encouraging the self-assessment of risk and self-management of dysfunctional mood. Gardner suggests that this form of self assessment has helped to create a new, adjustable subject.

Continuing the theme of self health management, Nadine Henley, in her article "The Healthy vs the Empty Self: Protective vs Paradoxical Behaviour", looks at behaviours, such as smoking, and the effectiveness of health promotions based on models which falsely assume that people are motivated to protect themselves from harm. Henley uses Cushman's concept of the hungry, empty self to explain why some people are more susceptible to cravings than others.

Kerry Kid brings us back to the self's sickness in "Called to Self-care, or to Efface Self? Self-interest and Self-splitting in the Diagnostic Experience of Depression". She examines one of the primary disorders of self, clinical depression. She suggests that depression is being seen more as a "a trivial, socially manageable adjunct to the human condition of being", resulting in this condition and its drug-focussed becoming normalised. Kid is interested in the dilemma of the mind/body divide and how that affects the self/diagnosis and treatment of depressive disorders.

In Derek Wallace's " 'Self' and the Problem of Consciousness" the issue of the link between the physical and cerebral is again examined. Wallace succinctly links the writings of philosophers and neuroscientists on 'self', explicating the emerging view that self is "a biologically generated but illusory construction, an effect of the operation of what are called 'neural correlates of consciousness' ". Wallace supplements this view with a term he coins 'verbal correlates of consciousness' which takes into account much of the recent post-structuralist work on self.

The third section of articles, "Representing Selves, Consuming Selves" traverses issues such as self-reflexivity, the socially constructed self, self-identification, consumption and photographic selves. Matt Adams, in "Ambiguity: The Reflexive Self & Alternatives" examines the attention given to reflexivity in recent theoretical accounts of contemporary selfhood, as an "increasingly central organising phenomenon in being a self." Focusing on Anthony Giddens in particular, Adams critically explores this interest in self-reflexivity. He argues that although such accounts reveal important aspects of modern self-identity, they neglect "many areas of experience relevant to the contemporary self - tradition, culture and concepts of fate, the unconscious and emotions". Adams suggests that selves are far more complex and "ambiguous" than Giddens and others suggest.

Moving from contemporary selves to Victorian selves -- in "Portrait of the Self: Victorian Technologies of Identity Invention" Gabrielle Dean uses the 19th century daguerreotype to provide a captivating context for examining notions of self. Dean investigates how the photograph affects notions of self – particularly notions of authorship, objectivity, truthfulness and the public self. As Dean suggests, "[w]hat photography mummifies, distorts and murders, among other things, is the sense that the reality of the self resides in the body, the corporeal and temporal boundaries of personhood." The conception of death is irrevocably connected to questions of self.

Back in the 21st century, Lelia Green begins her article "Who is Being Helped When We Help Our Self?" by revisiting the continuing dilemma of whether self-deception is possible. Green then examines the plethora of self help literature now available at most bookshops, which she links to the need to cater for "our sense of accelerating change".

The final two articles in this section explore questions of self, identity and autonomy. Simone Pettigrew, in "Consumption and the Self-Concept", considers the notion of self via the self that is reflected in "consumption decisions". Pettigrew reviews the research on consumer behaviour that suggests consumer autonomy in consumption decisions. She argues that this research is "simplistic and fails to appreciate the extent to which culture influences individuals' perceptions of the desirability of different 'ways to be'; certain objects are required to communicate particular selves.

In "Conflicting Concepts of Self and The Michigan Womyn's Music Festival" Ianto Ware uses the Michigan Womym's Music Festival as a context to explore the difficult socio-biological constructions of gendered selves. Ware explores the gender/identity politics inherent within notions of "collective selves" and assumptions of shared identity. In problematising the continuous creation of new social identities, Ware argues that new approaches are needed for addressing and communicating identities as fluid entities.

What this collection of articles succeeds in doing is to demonstrate that the self is multitudinous and changing, along with the various stakeholders invested in these selves. Just as philosophers, social scientists, behavioural and medical scientists have been investigating the existence and significance of individual consciousness, self-perception, self-promotion and other notions of "the self" for centuries, the research included in this feature demonstrates the continuing need to do so.