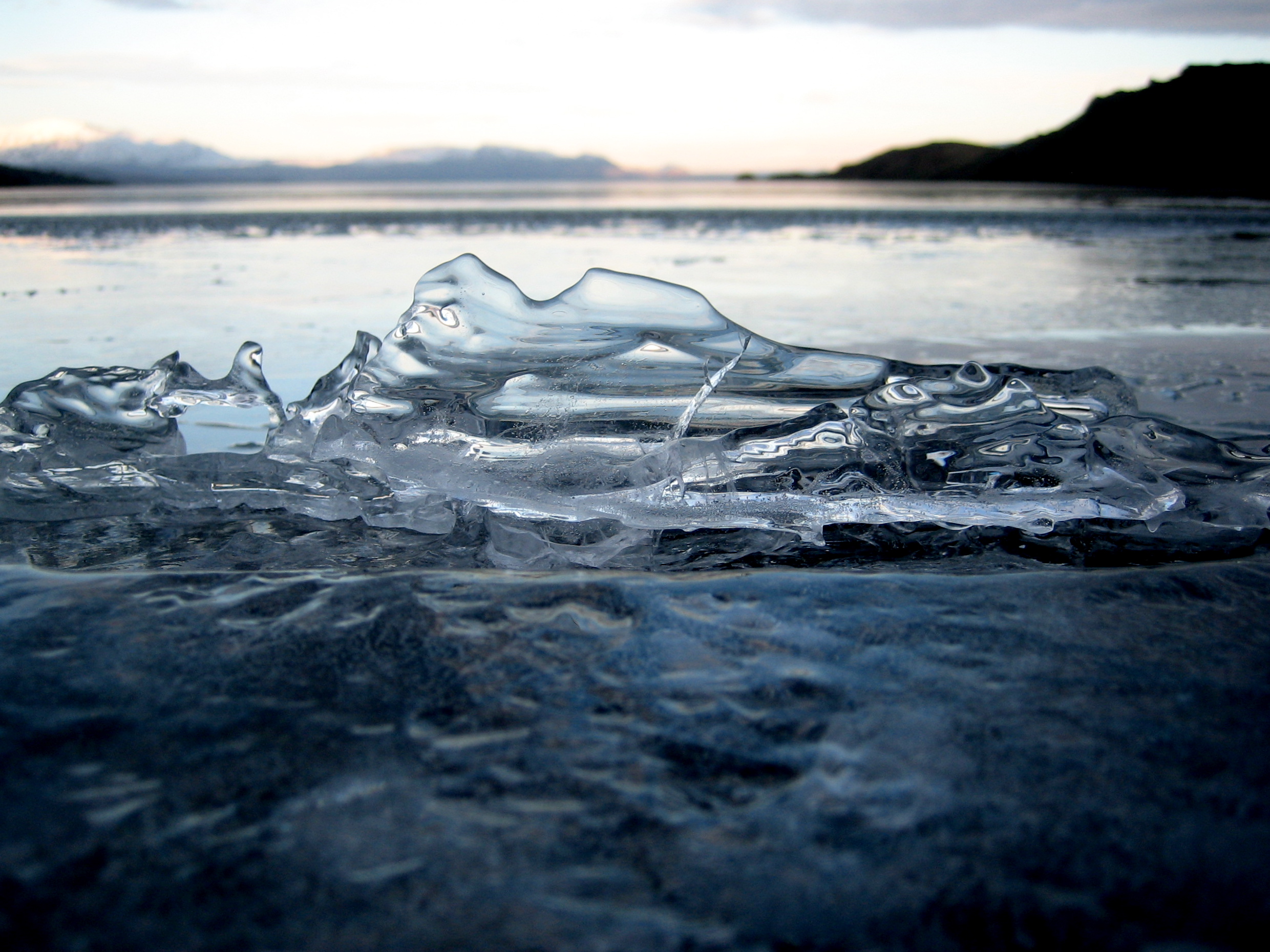 As a creative writing and publishing lecturer myself, and one who teaches in the field of publishing and editing, this anxiety rings quite true. I am inherently interested in the creation of a strong and vibrant publishing industry so that promising students and graduates might get the most out of their degrees. As the popularity of creative writing programs grows, what relationships are being formed between writing programs and the broader publishing industry? Furthermore, does a role and responsibility exist for universities themselves to foster the publication of the emerging writers they train? Edmonds argued that the answer could be found not in universities, but in state writers’ centres. He advocated a policy whereby universities and the Australia Council funded the production of literary magazines through state writers’ centres, resulting in a healthier publishing marketplace for creative writing graduates (6).

Let us begin by thinking about the university and its traditional role in the development of literature. The university can be thought of as a multi-functional literary institution. This is not a new concept: for centuries, there has been an integral link between the book trade and the university, with universities housing “stationers, scribes, parchment makers, paper makers, bookbinders, and all those associated with making books” (Clement 317). In universities today, we see similar performances of the various stages of literary production. We have students practising creative writing in both undergraduate and postgraduate coursework programs. We have the editing of texts and mentoring of writers through postgraduate creative writing supervision. We have the distribution of texts through sales from university bookshops, and the mass storage and loans of texts in university libraries. And we have the publication of texts through university presses.

This point of literary production, the publication of texts through university presses, has traditionally been preoccupied with the publication of scholarly work. However, a number of movements within the publishing industry towards the end of the twentieth century resulted in some university presses shifting their objectives to incorporate trade publishing. The globalization of the publishing industry in the early 1990s led to a general change in the decision-making process of mainstream publishers, where increasingly, publishers looked at the commercial viability of texts rather than their cultural value. These movements, defined by the takeover of many publishing houses by media conglomerates, also placed significant financial pressure on smaller publishers, who struggled to compete with houses now backed by significantly increased fiscal strength. While it is difficult to make general statements about university presses due to their very particular nature, one can read a trend towards trade publishing by a number of university presses in an attempt to alleviate some of these financial pressures.

This shift can be seen as one interaction between the university and the broader creative writing discipline. However, not all university presses waited until the financial pressures of the 1990s to move to trade publishing. For some presses, their trade lists have played a significant role in defining their relationship with literary culture.

One such example in the Australian landscape is University of Queensland Press.

UQP was founded in 1948, and subsisted as purely a scholarly publisher until the 1960s. Its first movements into trade publishing were largely through poetry, originally publishing traditional hardback volumes before moving into paperback, a format considered both innovative and risky at the time. David Malouf found an early home at UQP, and has talked a number of times about his relationship with the press. His desire to produce a poetry format which appealed to a new type of audience spawned the press’s interest in trade publishing. He felt that slim paperback volumes would give poetry a new mass market appeal.

On a visit to Brisbane in 1969 I went to talk to Frank Thompson (general manager) at the University of Queensland Press… I told him that I did have a book but that I also had a firm idea of the kind of publication I wanted: a paperback of 64 pages that would sell for a dollar. Frank astonished me by saying … that if his people told him it was financially viable he would do it. He picked up the phone, called in his production crew … and after a quarter of an hour of argument and calculations they came up with the unit cost of, I think, twenty-three cents. ‘Okay, mate,’ Frank told me, ‘you’re on.’ I left with a firm undertaking and a deadline for delivery of the manuscript. (Malouf 72-73)

That book of poetry, Bicycle and Other Poems, was Malouf’s first solo volume. It appeared in bookstores in 1970 alongside other slim volumes by Rodney Hall and Michael Dransfield, two men who would go on to become iconic Brisbane poets. Together, these three bold experiments in paperback poetry publishing sold a remarkable 7,000 copies and generated these sales without school or university adoptions, and without any Commonwealth Literary Fund assistance, either. UQP went on to publish 159 new titles of poetry between 1968 and 1996, becoming a significant player in the Australian literary landscape.

Through University of Queensland Press’s poetry publishing, we see a way of how the university can interact with the broader writing and publishing industry. This level of cohesion between the publishing house and the industry became one of the distinguishing features of the press in this time. UQP garnered a reputation for fostering Australian writing talent, launching the careers of a generation of Australian authors. Elizabeth Jolley, Roger McDonald, Beverley Farmer, Thea Astley, Janette Turner Hospital, and Peter Carey all found their first home at the press. The university’s publishing house was at the forefront of Australian literary development at a time when Australia was beginning to blossom, culturally, as a nation. What this experience shows is the cultural importance and potential cultural benefit of a high level of cohesion between the university press and the broader writing and publishing industry.

UQP has also sought to continue a high level of social cohesion with the local community. The press is significant in that it inhabits a physical space, the city of Brisbane, which is devoid of any other significant trade publishers. In this sense, UQP, and by association, the University of Queensland, has played a leading role in the cultural and literary development of the city. UQP continues to sponsor events such as the Brisbane Writers Festival, and publishes the winning manuscript for the Emerging Queensland Author award at the annual Queensland Premier’s Literary Awards.

This interaction leads us to question whether more formal arrangements for the cohesion between creative writing departments and university presses can be put in place. Specifically, the two activities beg the question: why can’t university publishers who publish trade fiction make a commitment to publish work that comes out of their own creative writing programs, and particularly, work out of their research higher degrees?

University of Western Australia Publishing recently played with the idea of how these two elements of creative writing within the university, manuscript production and trade publishing, could work together. UWA Publishing was established in 1935 as UWA Press (the house changed its name to UWA Publishing in 2009). Like University of Queensland Press, the house provides an important literary and cultural voice in Perth, which is not a publishing hub on the scale of Sydney or Melbourne. In 2005, the press, which had a tradition as a strong scholarly publisher and emerging trade publisher, announced a plan to publish a new series of literary fiction written by students in Australian creative writing courses. This was a new idea for UWA Publishing, as the house had previously only published scholarly work, along with natural history, history and children’s books.

UWA Publishing fiction series editor Terri-Ann White said that the idea behind the series was to use creative writing postgraduate degrees as a “filter” to get the best emerging writing in Australia.

There’s got to be something going for a student writer working with an experienced supervisor with all of the resources of a university. There’s got to be an edge to that kind of enterprise. (In Macnamara 3)

As this experiment began in 2005, the result of the press’s doctrine is still unclear. However, it could be interesting to explore the motivations behind the decision to focus fiction publishing on postgraduate student work. Many presses publish student work—N.A. Bourke’s The Bone Flute and Julienne van Loon’s Road Story come to mind as two examples of successful work produced in a creative writing program—but few houses advertise where the manuscript has come from. This is perhaps because of the negative stigma that goes along with student work, that the writing is underdeveloped or, perhaps, formulaic, somehow over-influenced by its supervisor or home institution. UWA Publishing’s decision to take fiction solely from the pool of postgraduate writers is a bold one, and can be seen perhaps as noble by those working within the walls of the university. Without making any assumptions about the sales success of the program, the decision does shape the way in which the press is seen in the broader writing and publishing industry. We can summise from the decision that the list will have a strong literary focus, that the work will be substantial and well-researched, to the point where it could contribute to the bulk of a Masters degree by research, or PhD. The program would also appear to appeal to writing students within the university, all of whom go through their various degrees being told how difficult publication can be for first time writers.

Another approach to the relationship between university presses and the broader writing and publishing industry can be seen at the University of Western Sydney. UWS founded a group in 2005 called the Writing and Society Research Group. The group manages the literary journal Heat Magazine and the Giramondo book imprint. Giramondo Publishing was established in 1995 with “the aim of publishing quality creative and interpretative writing by Australian authors”. It states its objectives as seeking to “build a common ground between the academy and the marketplace; to stimulate exchange between Australian writers and readers and their counterparts overseas; and to encourage innovative and adventurous work that might not otherwise find publication because of its subtle commercial appeal”  ("Giramondo History"). These objectives demonstrate an almost utopian idea of engaging with the broader writing and publishing industry—here we have a university publisher actively seeking to publish inventive and original work, the sort of work which might be overlooked by other publishers.

This philosophical approach indicates the gap which university presses (in an ideal world) would fill in the publishing industry. With the financial support of the university (and, in the case of Giramondo and others, funding bodies such as the Australia Council), university presses can be in a unique position to uphold more traditional literary values. They can focus on the cultural value of books, rather than their commercial potential. In this way, the Writing and Society Research Group at UWS demonstrates a more structural approach to the university’s engagement with the publishing industry. It engages with the industry as a stakeholder of literary values, fulfilling one of the roles of the university as a multi-functional literary institution. It also seeks directly to foster the work of new and emerging writers. Not all universities and university presses will have the autonomy or capacity to act in such a way. What is necessary is constant thought, debate and action towards working out how the university press can be a dynamic and relevant industry player.