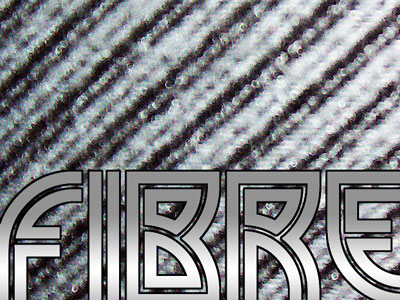 “Live to be outstanding.” What is new media in the age of the ‘rock ‘n’ roll life coach’ Anthony Robbins? There is no need to be ‘spectacular’ anymore. The Situationist critique of the ‘spectacle’ has worn out. That would be my assessment of the Robbins Age we now live in. Audiences are no longer looking for empty entertainment; they need help. Art has to motivate, not question but assist. Today’s aesthetic experience ought to awaken the spiritual side of life. Aesthetics are not there for contemplation only. Art has to become (inter)active and take on the role of ‘coaching.’ In terms of the ‘self mastery’ discourse, the 21st Century artist helps to ‘unleash the power from within.’ No doubt this is going to be achieved with ‘positive energy.’ What is needed is “perverse optimism” (Tibor Kalman). Art has to create, not destroy. A visit to the museum or gallery has to fit into one’s personal development program. Art should consult, not criticize. In order to be a true Experience, the artwork has to initiate through a bodily experience, comparable to the fire walk. It has to be passionate, and should shed its disdain for the viewer, along with its postmodern strategies of irony, reversal and indifference. In short: artists have to take responsibility and stop their silly plays. The performance artist’s perfect day-job: the corporate seminar, ‘trust-building’ and distilling the firm’s ‘core values’ from its ‘human resources’.

Self-management ideology builds on the 80s wave of political correctness, liberated from a critical negativism that only questioned existing power structures without giving guidance. As Tony says: “Live with passion!” Emotions have to flow. People want to be fired up and ‘move out of their comfort zone.’ Complex references to intellectual currents within art history are a waste of time. The art experience has to fit in and add to the ‘personal growth’ agenda. Art has to ‘leverage fears’ and promise ‘guaranteed success.’ Part therapist, part consultant, art no longer compensates for a colourless life. Instead it makes the most of valuable resources and is aware of the ‘attention economy’ it operates in. In order to reach such higher plains of awareness it seems unavoidable to admit and celebrate one’s own perverse Existenz. Everyone is a pile of shit and has got dirty hands. Or as Tibor Kalman said: “No one gets to work under ethically pure conditions.” (see Rick Poynor’s <http://www.undesign.org/tiborocity/>). It is at that Zizekian point that art as a counseling practice comes into being.

Mapping the Limits of New Media

To what extent has the ‘tech wreck’ and following scandals affected our understanding of new media? No doubt there will also be cultural fall-out. Critical new media practices have been slow to respond to both the rise and the fall of dotcommania. The world of IT firms and their volatile valuations on the world’s stock markets seemed light years away from the new media arts galaxy. The speculative hey-day of new media culture was the early-mid 90s, before the rise of the World Wide Web. Theorists and artists jumped eagerly at not-yet-existing and inaccessible technologies such as virtual reality. Cyberspace generated a rich collection of mythologies. Issues of embodiment and identity were fiercely debated. Only five years later, with Internet stocks going through the roof, not much was left of the initial excitement in intellectual and artistic circles. Experimental technoculture missed out on the funny money. Over the last few years there has been a steady stagnation of new media culture, its concepts and its funding. With hundreds of millions of new users flocking onto the Net, the arts could no longer keep up and withdrew to their own little world of festivals, mailing lists and workshops.

Whereas new media arts institutions, begging for goodwill, still portray artists as working at the forefront of technological developments, collaborating with state of the art scientists, the reality is a different one. Multi-disciplinary goodwill is at an all time low. At best, the artist’s new media products are ‘demo design’ as described by Peter Lunenfeld in Snap to Grid. Often it does not even reach that level. New media art, as defined by its few institutions, rarely reaches audiences outside of its own subculture. What in positive terms could be described as the heroic fight for the establishment of a self-referential ‘new media arts system’ through a frantic differentiation of works, concepts and traditions, may as well be classified as a dead-end street. The acceptance of new media by leading museums and collectors will simply not happen. Why wait a few decades anyway? The majority of the new media art works on display at ZKM in Karlsruhe, the Linz Ars Electronica Center, ICC in Tokyo or the newly opened Australian Centre for the Moving Image are hopeless in their innocence, being neither critical nor radically utopian in approach. It is for that reason that the new media arts sector, despite its steady growth, is getting increasingly isolated, incapable of addressing the issues of today’s globalized world. It is therefore understandable that the contemporary (visual) arts world is continuing the decades old silent boycott of interactive new media works in galleries, biennales and shows such as Documenta.

A critical reassessment of the role of arts and culture within today’s network society seems necessary. Let’s go beyond the ‘tactical’ intentions of the players involved. This is not a blame game. The artist-engineer, tinkering away on alternative human-machine interfaces, social software, or digital aesthetics has effectively been operating in a self-imposed vacuum. Over the last few decades both science and business have successfully ignored the creative community. Even worse, artists have actively been sidelined in the name of ‘usability’. The backlash movement against web design, led by usability guru Jakob Nielsen, is a good example of this trend. Other contributing factors may have been fear of corporate dominance by companies such as AOL/Time Warner and Microsoft. Lawrence Lessig argues that innovation of the Internet itself is in danger. In the meanwhile the younger generation is turning its back from new media arts questions and operates as anti-corporate activists, if at all engaged. Since the crash the Internet has rapidly lost its imaginative attraction. File swapping and cell phones can only temporarily fill the vacuum. It would be foolish to ignore this. New media have lost their magic spell; the once so glamorous gadgets are becoming part of everyday life. This long-term tendency, now in a phase of acceleration, seriously undermines the future claim of new media altogether.

Another ‘taboo’ issue in new media is generationalism. With video and expensive interactive installations being the domain of the ‘68 baby boomers, the generation of ‘89 has embraced the free Internet. But the Net turned out to be a trap for them. Whereas real assets, positions and power remains in the hands of the ageing baby boomers, the gamble of its predecessors on the rise of new media did not materialize. After venture capital has melted away, there is still no sustainable revenue system in place for the Internet. The slow working education bureaucracies have not yet grasped the new media malaise. Universities are still in the process of establishing new media departments. But that will come to a halt at some point. The fifty-something tenured chairs and vice-chancellors must feel good about their persistent sabotage. ‘What’s so new about new media anyway? Technology was hype after all, promoted by the criminals of Enron and WorldCom. It’s enough for students to do a bit of email and web surfing, safeguarded within a filtered and controlled intranet…’ It is to counter this cynical reasoning that we urgently need to analyze the ideology of the greedy 90s and its techno-libertarianism. If we don’t disassociate new media quickly from that decade, if we continue with the same rhetoric, the isolation of the new media sector will sooner or later result in its death. Let’s transform the new media buzz into something more interesting altogether – before others do it for us.The Will to Subordinate to Science

The dominant wing of Western ‘new media arts’ lacks a sense of superiority, sovereignty, determination and direction. One can witness a tendency towards ‘digital inferiority’ at virtually every cyber-event. Artists, critics and curators have made themselves subservient to technology – and ‘life science’ in particular. This ideological stand has grown out of an ignorance that cannot be explained easily. We’re talking here about a subtle mentality, almost a taboo. The cult practice between ‘domina’ science and its slaves the new media artists is taking place in backrooms of universities and art institutions, warmly supported by genuinely interested corporate bourgeois elements – board members, professors, science writers and journalists – that set the technocultural agenda. Here we’re not talking about some form of ‘techno celebration.’ New media art is not merely a servant to corporate interests. If only it was that simple. The reproach of new media arts ‘celebrating’ technology is a banality, only stated by outsiders; and the interest in life sciences can easily be sold as a (hidden) longing to take part in science’s supra-human ‘triumph of logos,’ but I won’t do that here. Scientists, for their part, are disdainfully looking down at the vaudeville interfaces and well-meant weirdness of biotech art. Not that they will say anything. But the weak smiles on their faces bespeak a cultural gap light years wide. An exquisite non-communication is at hand here.

Performance artist Coco Fusco recently wrote a critique of biotech art on the Nettime mailinglist (January 26, 2003). “Biotech artists have claimed that they are redefining art practice and therefore the old rules don't apply to them.” For Fusco bioart’s “heroic stance and imperviousness to criticism sounds a bit hollow and self-serving after a while, especially when the demand for inclusion in mainstream art institutions, art departments in universities, art curricula, art world money and art press is so strong.” From this marginal position, its post-human dreams of transcending the body could better be read as desires to transcend its own marginality, being neither recognized as ‘visual arts’ nor as ‘science.’ Coco Fusco: “I find the attempts by many biotech art endorsers to celebrate their endeavor as if it were just about a scientific or aesthetic pursuit to be disingenuous. Its very rhetoric of transcendence of the human is itself a violent act of erasure, a master discourse that entails the creation of ‘slaves’ as others that must be dominated.” OK, but what if all this remains but a dream, prototypes of human-machine interfaces that, like demo-design, are going nowhere? The isolated social position of the new media arts in this type of criticism is not taken into consideration. Biotech art has to be almighty in order for the Fusco rhetoric to function.

Coco Fusco rightly points at artists that “attend meetings with ‘real’ scientists, but in that context they become advisors on how to popularize science, which is hardly what I would call a critical intervention in scientific institutions.” Artists are not ‘better scientists’ and the scientific process is not a better way of making art than any other, Fusco writes. She concludes: “Losing respect for human life is certainly the underbelly of any militaristic adventure, and lies at the root of the racist and classist ideas that have justified the violent use of science for centuries. I don't think there is any reason to believe that suddenly, that kind of science will disappear because some artists find beauty in biotech.” It remains an open question where radical criticism of (life) science has gone and why the new media (arts) canon is still in such a primitive, regressive stage.