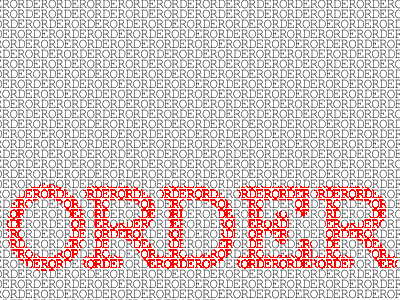 Globalisation is often identified as the pre-eminent push towards a global social order. Some see globalisation as an all encompassing and inevitable process towards an emerging “hyperglobal” world order (Held et al.); an “inexorable integration of markets, nation states and technologies to a degree never witnessed before” (Friedman); a world that has become a “single place” (Robertson). Some contend that this emergent global order signals the end of the nation state (Ohmae), while others argue it is a deliberate project of capitalism, imposing intense market forces on states and individuals (McMichael, Hirst and Thompson). Some, like Wallerstein, question the ‘newness’ of this global order, pointing to continuities with earlier capitalist and imperialist movements. Across these diverse views, there is a central shared notion that globalisation moves us towards a global social order (past, present, or future), an order that is in need of interrogation and critique.

In an era of global power monopolies, intense social upheaval and inequality, how can order be anything but suspect? Order is at the crux of power; we associate it with domination and control, a system imposed. Social and cultural critics, influenced by liberation movements of the past 50 years, are vigilant in questioning the existing order, and work to expose the inequalities inscribed within it. Order serves the interests of the powerful, at the expense of the weak. We see it as a social construct, negotiated as much through our very ways of knowing (‘the order of things’) and systems of representation and belief as it is through institutions of regulation and enforcement. Social inquiry is the critique of order, seeing order as an effect of power and domination.

Yet our own inquiry is fraught with order. Order, more than progress, is the end point of Modernity, the promise of knowledge and technology; a new order of global economic and social prosperity. Implicit in critique is a call for reform, for a different social order. The idea of a new order underpins social critique. The drive to understand is a drive towards order. Or is such ordered sense-making just a particular kind of inquiry, the totalising project of modernity, resisted by poststructuralist, postmodernist, and postcolonial social critics? Following this tradition of resistance, many contemporary social debates are characterised by a scepticism towards order, whether of the past, present, or identified as emerging, to be struggled towards or resisted. In a ‘post’ mode of inquiry, cultural critics such as those included in this issue of M/C Journal deconstruct order, reluctant to impose or propose another order. Some identify alternative formations that emerge, tentatively, in spite of order, or out of disorder. These diverse social and cultural formations can be thought of as examples of ‘spontaneous order’, following mathematician Steven Strogatz’s work (revising chaos and complexity theory) on synchrony in complex natural phenomena. Many critics look to the spaces of new media to explore questions of social order, imposed or spontaneous, hegemonic or liberatory. Just as the city is emblematic of modernity’s order, the Internet and converged media are emblematic of the ‘hyperglobal’ order, and the various dispersed formations of ‘spontaneous order’.

The articles in this issue of M/C Journal engage with this topic of ‘order’ from a variety of perspectives. Our feature article by Mark Nunes deals with what is perhaps the most important struggle for ‘order’ of the present time – the Bush administration’s ‘war on terror’ and its implications for the networked environment. Far from the quagmire of the Iraqi conflict, Nunes finds a new kind of order being imposed through new policies in the ‘homeland’ itself.

Another, far less life-threatening but nonetheless important, ideological conflict is currently playing out closer to M/C’s home in Australia, following the recent changes to the tertiary education system imposed by the Federal government. Tara Brabazon’s article “Freedom from Choice” questions the implications of the new policies, and asks how they will re-order the educational value system in this country. Derek Wallace adds a wider perspective to this line of thought, examining the implications of continuing moves towards a knowledge society or knowledge economy in many leading nations of the Western hemisphere: whose order is being pursued here, and is it a beneficial one?

In turn, Teodor Mitew examines sites of resistance to these and other attempted re-orderings. In his view, autonomous activist movements such as the Critical Art Ensemble desire a ‘beta-utopian order’, an unfinished order existing in ‘eternal pre-release form’ and constantly requiring debugging. The computer metaphor is carried through to Jussi Parikka’s article, describing the continuing virus threat as a form of digital disorder. He suggests that viruses uncover ideological and political aspects of digital order which would otherwise remain unseen.

We remain in the digital realm with our subsequent articles. In his contribution to this issue, Mark McGuire analyses Habbo Hotel, a highly ordered community space for teenagers which appears not unlike an online version of some of the privatised townships now run by Disney and other corporations. Providing further insight into how such ordering of commercial online spaces is performed, Kylie Jarrett offers an examination of the correlations between the rhetorical, hypertext, and database structures of ninemsn, Microsoft’s Australian partnership with the Nine TV network.

The rhetoric of social and communal order is also the topic of Rob Garbutt’s article “Local Order”, which investigates the power of that simple term ‘local’ as it is applied to or withheld from residents in the town of Lismore, New South Wales. Being a local is an honour not awarded lightly, as Garbutt shows. And such local order exists even in anarchist communities, as Jeff Shantz shows: while resisting dominant paradigms, ‘DIY’ anarchists “occupy their own ground” in autonomous zones (‘A-zones’), and offer alternative orderings of their environment.

The last three articles in this issue all deal with the ordering power of the media. Stephen Stockwell discusses the response of Hollywood to the 11 September attacks and subsequent wars, showing the mainstream film industry’s support for the Bush administration’s campaign at home and abroad while painting a different picture for television drama. Ben Isakhan offers a crucial counterpoint to the all-too-common myths and omissions dominating news coverage from the Iraqi conflict, and Solrun Hoass finally turns our gaze towards another member of the infamous ‘axis of evil’, pleading for a more considered engagement with North Korea which could be informed by a look at the movies and television series produced there.

Order is multifaceted and omnipresent. The articles in this issue offer glimpses of some of the flashpoints of the many struggles between order and disorder, and between various ordering paradigms. In doing so, they provide a snapshot of current world conflicts.