Fluid Identities: A Journey of Terminology 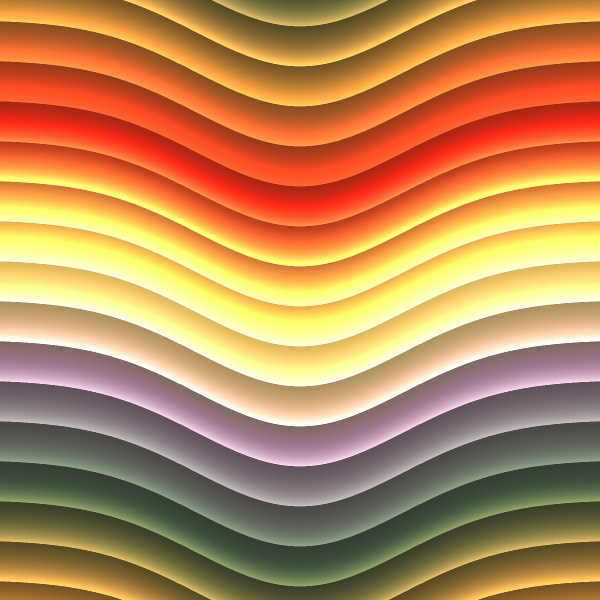 Vol. 13 No. 3 (2010): deaf
Published 2010-06-30
Articles
It was no less than a minister in the Hawke Government who called me the worst thing I have ever been called. Of course he meant well, and he knew no better than what his advisors told him and what his speechwriters wrote. He was opening a new business incubator, where my business partner who was also deaf and I had set up our small business in editing and graphic design, and I was startled when in his speech he described us as two “hearing-impaired businessmen”.

I visualised myself in some parallel universe where I was a “hearing-impaired businessman”. I could see an anxious, portly man, clad in a rumpled dark beige suit, a blue business shirt with some faded soup stains, a dark blue tie askew, and flat, sensible lace-up business shoes. This man would just tolerate the “hearing-impaired” moniker because it was endearingly different in a line of work that was often about being different, provided no-one made a song-and-dance about it. “Hearing impairment” would be his cross to bear. He would regard success as the measure of how many clients would not know he was deaf. And for those let in on the secret, exclamations of “I had no idea” would be sweet music to what was left of his ears. Having a Minister of the Crown refer to it at a public gathering would be like taking medicine – unpleasant but probably doing him good in ways he could not understand.

This happened more than 20 years ago, and the fact I remember it well revealed the impression it made on me. I had thought to myself, was ‘hearing’ an adjective? Was the minister referring to businessmen whose hearing was impaired? Or was he referring to the act of hearing the noises made by businessmen who in some way were damaged or defective? Of course he meant the former, but it brought home to me how much the idea of being damaged was embedded in “hearing-impaired”. And with complete clarity, I knew this phrase did not describe me – I was not damaged in that way.

My discomfort at that briefest of disclosures was a critical landmark on that most personal of journeys: to find out one’s place in the world. While I knew I was many things, for example a dad, a partner, a writer, I could never leave out the Deaf side of me. It was a journey of terminology, but the choices of many contentious words revealed much about my own exploration of what it meant to be deaf.

It began soon after I acquired a hearing aid. I was six years old when a silver boxy thing, about the size of a packet of 25 cigarettes, was hitched onto my singlet under my shirt. There was a flesh-coloured cord that looped out from the collar into my ear. In spite of this device, I decided that I was not deaf. In medical terms of course I was: severe to profound bilateral sensori-neural deafness across the speech frequency ranges was the audiologists’ fancy way of saying I could not hear people when they spoke to me. And it was not myself, either; deafness affected two of my three sisters, and my brother. But I was not deaf – that was very clear to me.

The word deaf was not uttered in the family home. The code words my mother used were the hearing. She would put it in a context like this: I was down the street and I met Mrs Schneider, and talking to her, she was very interested in the hearing with your family.

Much later I asked my mother about this word deaf. She said it was associated with the word dumb. That was not at all surprising. In her time, deaf went with dumb the way bread went with butter. In her mind, deaf and dumb were complementary, and she never really shook off that association. A century ago Deaf people who signed and did not speak, freely acknowledged a mute side of deafness, and even referred to themselves as “doubly afflicted”.

If I was not deaf, then what was I? Not being able to answer that question to my satisfaction eventually led to a fling with calling myself “hard of hearing”, But for me, “hard of hearing” became linked with decrepit, bumbling elderly citizens cupping an ear and barking “Whazat? Wha? Wha? Whazat?”

This was an unfair stereotype. Such people, who were not at all bumbling types, were my first introduction to deaf people outside the family home. They gathered at the place my sisters and I attended to learn to lipread, at what was then the Australian Association for Better Hearing, and they all used the term “hard of hearing”. I was eight years old, and at that age, adults were impossibly ancient. From that perspective, “hard of hearing” people were very old, slightly stupid and faintly smelly.

The expression “oral deaf”, had a briefer vogue. This term recognised I was deaf but in a different kind of way from those whom I dimly perceived at the time were the real Deaf people. These people were defined as being unable to do things I could do, such as speak in a normal voice and carry on a phone conversation of sorts. But they could also do something I could not – communicate fluently in sign language. Whereas “hard-of-hearing” was a subspecies of hearing, oral deaf was a subspecies of deaf, not of hearing, so it had a point.

It was at this time the group of young deaf people with whom I associated decided to produce a car-bumper sticker as part of a publicity drive. We rejected Deaf people do it orally, and soon, Deaf people do it with perception graced the rear window of my Torana. I was proud of this slogan, even if took considerable explaining to baffled enquirers. But it was a rare and early indication that there just might be something positive about being deaf.

I soon realised that the word “oral” had considerable historical baggage. Dictionaries define oralism as the belief that deaf people should communicate by speech and lipreading, and without sign language. At the time I did not know why there was such a controversy around it, nor could I fathom why most of those in my growing circle of deaf friends did not understand it, or worse, did not want to talk about it.

The penultimate term with which I flirted was the commonly used “hearing impaired”. At least from a disability perspective, there are people who are vision impaired and speech impaired. Like “hard-of-hearing”, hearing impaired” hitched such people firmly to the hearing wagon. For many people who acquired deafness gradually, it was palatable.

I have settled quite happily on the term “Deaf”. Its capital D is important, but I do not insist on it for myself. After all these decades it is the only term that makes profound sense. In the company of good and aware people, I might suppress an impairment of hearing, but I do not suffer from Deafness; I merely am Deaf. I might overcome hearing impairment, but I can no more overcome being Deaf than I could overcome my elbow or my shoulder or the fact that I am compelled to write. For me, Deafness is a variation on the human condition, an example of the vast diversity of humans, like left-handedness or ethnicity or sexual orientation. No longer do I think in terms of a hearing loss; Deafness gain is what happened to me.

There are several things I have learnt from this journey. First, no matter what terminology you feel happiest with, and which you feel suits you best, someone is going to tell you that you are wrong. He or she will insist, with a shrill note of finality, that you are not X, you are Y. That someone is unlikely to be another Deaf person. He or she is more likely to be hearing, or a hearing-impaired person, or a hearing parent.

Second, dominating discussions of a Deaf identity are hearing people who never face the question in the same deeply personal way as Deaf and hearing-impaired people themselves.

Third, discussion on a Deaf identity is plagued by stereotyping of what deaf people are not supposed to be able to do. For hearing people, what you cannot hear is what defines deafness. Chief among these is an inability to ever hear music. I can only say that music – listening to it, dancing to it, and yes, playing it – has been a normal part of my decades of being a part of the manifold shapes and colours of gatherings of Deaf and hearing-impaired people.

It is easy to see this when reading popular accounts of deafness. Hearing-impaired people outnumber Deaf people by a factor of several hundreds. By sheer weight of numbers these accounts reflect themes of silence, conquering, overcoming, and triumph. Overcoming what, precisely? Silence. Such writers talk of deafness when they really mean the impairment of the hearing, because their aim is to be hearing again.

And why not? Whether such accounts of hearing impairment have gotten away from this triumphalist approach, I am not sure, but I do know I could not bear to wade through more descriptions of the joy of sound. Thus we have the patter of rain on the roof, the silvery peals of children’s laughter, the waves lapping on the shore, and so on.

Of course, each of the senses has a pleasurable aspect to it. One of the memorable scents that I know of is the smell of the earth after a burst of rain following a hot dry spell. But I also remember the revolting stench of a public toilet attached to a remote petrol station and bus stop in the desert of a third world country. All the senses have unpleasant aspects as well. So when I read a long list of pleasurable sounds, their imagined absence that are considered a reason for regarding deaf people as sad and pitiable, I’m reminded of the Monty Python parody of a well known hymn:

All things dull and ugly, all creatures short and squat.
All things rude and nasty, the Lord God made the lot

And so it is with sound. No-one singing the praises of hearing ever refers to the hideous clogged-mucous growling of semi-trailers and their shrieking air brakes, or to the piercing skritter of fingernails scraped down plasterboard, or to any song by Barry Manilow.

My sense of deafness as a part of who I am comes from a life-long exploration of deafness, exactly what that poor hearing-impaired businessman will never do. He could not because his narrow definition of deafness, a pallid imitation of what hearing people think it is, blind him to the rich possibilities of what Deafness can be. That gentleman’s life would have been dominated by tension as he negotiated transactions with hearing people. Such tension is universal with any Deaf or hearing-impaired person. Where Deaf people are concerned, the similarity ends because they draw a sustenance that comes from knowing the place of Deafness within oneself, and especially, from the ease of communication with other Deaf people. This businessman would know nothing about that. I think he would be a very lonely man, and devoid of any sense of humour.

My exploration of Deafness, which will continue for as long as I live, was inextricably bound up with an exploration of who I was and what was my place in the world, because personal identity is fluid and changing, and has many facets. Deafness is one part of me, but it is not the only part.

Michael Uniacke has worked as a journalist and in public policy on disability. He writes frequently on deafness and disability, and has completed a personal memoir Deafness Gain.