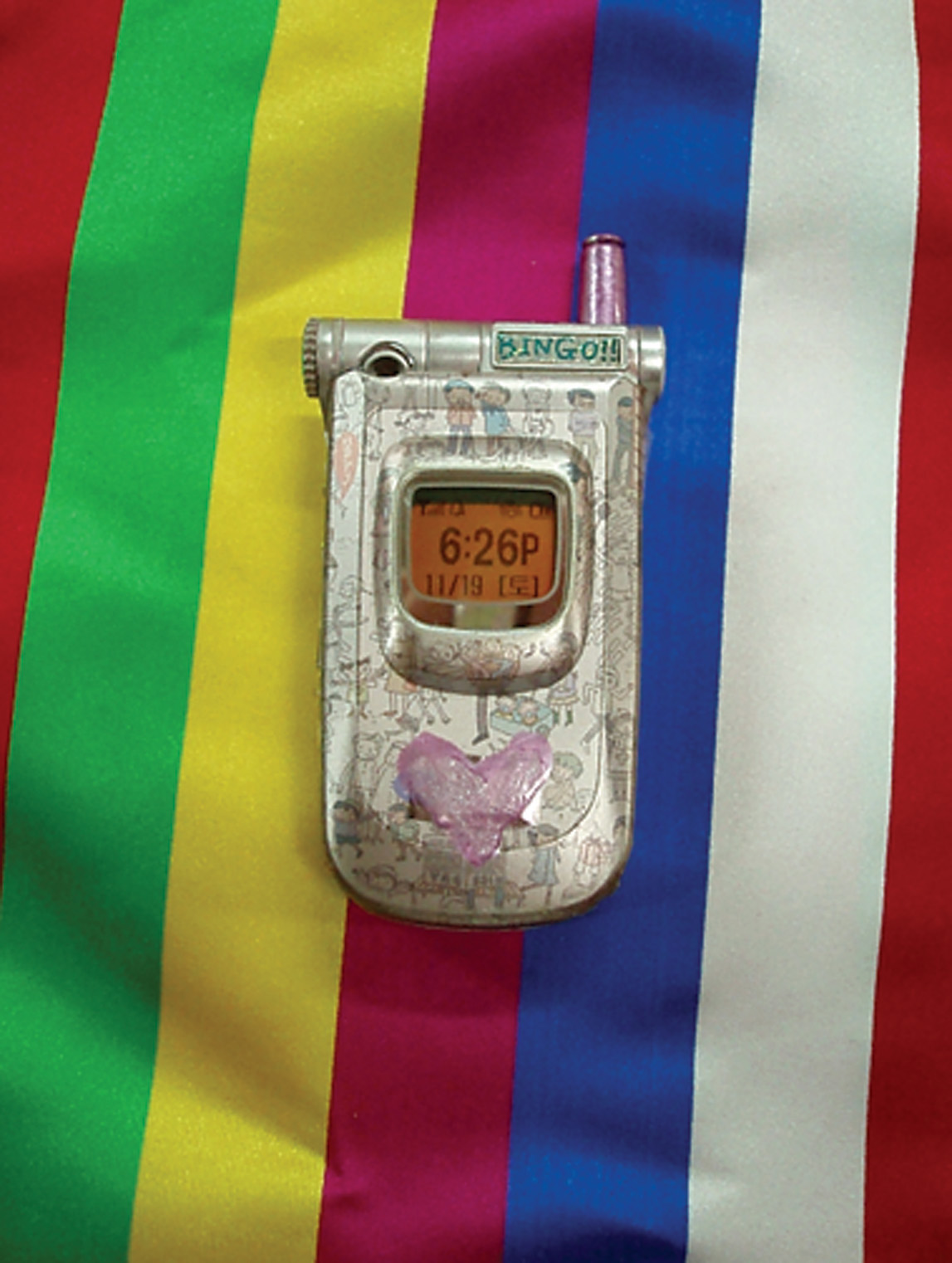 The cultural significance of mobile technologies sees it often as a symbol for discussion around issues of democracy, capitalism, individualism and redefinitions of place. These debates are, like all forms of mediation, riddled with paradoxes. As Michael Arnold observes, mobile media is best encapsulated by the notion of “janus-faced” which sees an ongoing process of pushing and pulling whereby one is set free to be anywhere but is on a leash to whims of others anytime. This paradox, for Arnold, is central to all technologies; the more we try to overcome various forms of distance (geographic, temporal, cultural), the more we avoid closeness and intimacy. For Jack Qui, mobile technologies are indeed the ultimate “wireless leash”. These paradoxes see themselves played in a variety of ways.

This is particularly the case in the Asia-Pacific region, which houses divergence and uneven adoption, production and consumption of mobile technologies. The region simultaneously displays distinctive characteristics and a possible future of mobile media worldwide. From the so-called ‘centres’ for mobile innovation such as Tokyo and Seoul that have gained attention in global press to Asian “tigers” such as Singapore, Hong Kong and Taiwan that demonstrate high penetration rates (Singapore has a 110% penetration rate), the region often plays out its dynamics through mobile technologies.

The Philippines, for example, is known as the ‘texting capital of the world’ with 300 million text messages sent per day. Moreover, the region has taken central focus for debates around the so-called democratic potential of the mobile phone through examples such as the demise of President Joseph Estrada in the Philippines and the election of President Roh in South Korea (Pertierra, Transforming Technologies; Kim). Through the use of mobile technologies and the so-called rise of the “prosumer” (consumer as producer), we can see debates about the rhetoric and reality of democracy and capitalism in the region.

In the case of nascent forms of capitalism, the rise of the mobile phone in China has often been seen as China’s embrace, and redefinition, of capitalism away from being once synonymous with westernisation. As Chua Beng Huat observes, after the 1997 financial crisis in the region notions of consumerism and modernity ceased to be equated with westernization. In the case of China, the cell phone has taken on a pivotal role in everyday life with over 220 billion messages – over half the world’s SMS – sent yearly in China.

Despite the ubiquity and multi-layered nature of mobile media in the region, this area has received little attention in the growing literature on mobile communication globally. Publications often explore ‘Asia’ in the context of ‘global’ media or Asia in contrast to Europe. Examples include Katz and Aakhus’s (eds.) seminal anthology Perpetual Contact, Pertierra’s (ed.) The Social Construction and Usage of Communication Technologies: European and Asian experiences and, more recently, Castells et al., Mobile Communication and Society: A Global Perspective. When publications do focus specifically on ‘Asia’, they single out particular locations in the region, such as Ito et al.’s compelling study on Japan, Personal, Portable, Pedestrian: Mobile Phones in Japanese Life and Pertierra’s eloquent discussion of the Philippines in Transforming Technologies: Altered Selves.

This issue of M/C Journal attempts to address the dynamic and evolving role of mobile technologies in the Asia-Pacific region. By deploying various approaches to different issues involving mobile media, this issue aims to connect, through a regional imaginary, some of the nuances of local experience within the Asia-Pacific.

As a construct, the region of the Asia-Pacific is ever evolving with constantly shifting economic and political power distributions. The rapid economic growth of parts of the region (Japan, Singapore, Taiwan, Korea, Hong Kong, and now China, Vietnam, Malaysia, the Philippines and Indonesia) over the last two to three decades, has led to increasing linkages between these nations in creating transnational networks. The boundaries of the Asia-Pacific are indeterminate and open to contestation and social construction. Initially, the Asia-Pacific was a Euro-American invention, however, its ‘Asian’ content is now playing a greater role in self-constructions, and in influencing the economic, cultural and political entity that is the Asia-Pacific.

There have been alternative terms and definitions proffered to describe or delimit the area posited as the Asia-Pacific in an attempt to acknowledge, or subsume, the hierarchies inherent within the region. For example, John Eperjesi has critiqued the ‘American Pacific’ which “names the regional imaginary through which capital looked to expand into Asia and the Pacific at the turn of the [last] century” (195). Arif Dirlik has also suggested two other terms: ‘Asian Pacific’ and ‘Euro-American Pacific.’ He suggests, “the former refers not just to the region’s location, but, more important, to its human constitution; the latter refers to another human component of the region (at least at present) and also to its invention as a regional structure.” (“Asia-Pacific Idea”, 64). Together, Rob Wilson and Arif Dirlik use the configuration ‘Asia/Pacific’ to discuss the region as a space of cultural production, social migration, and transnational innovation, whereby “the slash would signify linkage yet difference” (6). These various terms are useful only insofar as they expose the ideological bases of the definitions, and identify its centre(s).

In this emphasis on geography, it is important not to obscure the temporal and spatial characteristics of human activities that constitute regions. As Arif Dirlik notes, “[an] emphasis on human activity shifts attention from physical area to the construction of geography through human interactions; it also underlines the historicity of the region’s formations” (What Is in a Rim?, 4).

The three-part structure of this issue seeks to provide various perspectives on the use of mobile technologies and media – from a macro, regional level, to micro, local case studies – in the context of both historical and contemporary formations and definitions of the Asia-Pacific. In an age of mobile technologies we see that rather than erode, notions of place and locality take on increasing significance.

The first four papers by Jaz Hee-jeong Choi, Gerard Raiti, Yasmin Ibrahim, and Collette Snowden & Kerry Green highlight some of the key concepts and phenomena associated with mobile media in the region. Choi’s paper provides a wonderful introduction to the culture of mobile technologies in East Asia, focusing largely on South Korea, China and Japan. She problematises the rhetoric surrounding technological fetishism and techno-orientalism in definitions of ‘mobile’ and ‘digital’ East Asia and raises important questions regarding the transformation and future of East Asia’s mobile cultures.

Gerard Raiti examines the behemoth of globalization from the point of view of personal intimacy. He asks us to reconsider notions of intimacy in a period marked by co-presence; particularly in light of the problematic conflation between love and technological intimacy.

Yasmin Ibrahim considers the way the body is increasingly implicated through the personalisation of mobile technologies and becomes a collaborator in the creation of media events. Ibrahim argues that what she calls the ‘personal gaze’ of the consumer is contributing to the visual narratives of global and local events. What we have is a figure of the mediated mobile body that participates in the political economy of events construction.

The paradoxical role of mobile technologies as both pushing and pulling us, helping and hindering us (Arnold) is taken up in Collette Snowden and Kerry Green’s paper on the role of media reporting, mobility and trauma. Extending some of Ibrahim’s comments in the specific case of the reporting of traumatic events, Snowden and Green provide a wonderful companion piece about how media reporting is being transformed by contemporary mobile practices. As an integral component of contemporary visual cultures, camera phone practices are arguably both extending and creating emerging ways of seeing and representing.

In the second section, we begin our case studies exploring the socio-cultural particularities of various adaptations of mobile media within specific locations in the Asia-Pacific. Randy Jay C. Solis elaborates on Gerard Raiti’s discussion of intimacy and love by exploring how the practice of ‘texting’ has contributed to the development of romantic relationships in the Philippines in terms of its convenience and affordability. Lee Humphreys and Thomas Barker further extend this discussion by investigating the way Indonesians use the mobile phone for dating and sex. As in Solis’s article, the authors view the mobile phone as a tool of communication, identity management and social networking that mediates new forms of love, sex and romance in Indonesia, particularly through mobile dating software and mobile pornography.

Li Li’s paper takes the playful obsession the Chinese and South Koreans have with lucky numbers and locates its socio-cultural roots. Through a series of semi-structured interviews, the author traces this use of lucky mobile numbers to the rise of consumerism in China and views this so-called ‘superstition’ in terms of the entry into modernity for both China and South Korea.

Chih-Hui Lai’s paper explores the rise of Web 2.0. in Taiwan, which, in comparison to other locations in the region, is still relatively under-documented in terms of its usage of mobile media. Here Lai addresses this gap by exploring the burgeoning role of mobile media to access and engage with online communities through the case study of EzMoBo.

In the final section we problematise Australia’s place in the Asia-Pacific and, in particular, the nation’s politically and culturally uncomfortable relationship with Asia. Described as ‘west in Asia’ by Rao, and as ‘South’ of the West by Gibson, Yue, and Hawkins, Australia’s uneasy relationship with Asia deserves its own location. We begin this section with a paper by Mariann Hardey that presents a case study of Australian university students and their relationship to, and with, the mobile phone, providing original empirical work on the country’s ‘iGeneration’.

Next Linda Leung’s critique of mobile telephony in the context of immigration detention centres engages with the political dimensions of technology and difference between connection and contact. Here we reminded of the luxury of mobile technologies that are the so-called necessity of contemporary everyday life. We are also reminded of the ‘cost’ of different forms of mobility and immobility – technological, geographic, physical and socio-cultural. Leung’s discussion of displacement and mobility amongst refugees calls upon us to reconsider some of the conflations occurring around mobile telephony and new media outside the comfort of everyday urbanity.

The final paper, by Peter B. White and Naomi Rosh White, addresses the urban and rural divide so pointed in Australia (with 80% of the population living in urban areas) by discussing an older, though still relevant mobile technology, the CB radio. This paper reminds us that despite the technological fetishism of urban Australia, once outside of urban contexts, we are made acutely aware of Australia as a land containing a plethora of black spots (in which mobile phones are out of range).

All of the papers in this issue address, in their own way, theoretical and empirical ‘black spots’ in research and speak to the ‘future’ of mobile media in a region that, while diverse, is being increasingly brought together by technologies such as the mobile phone.

Lastly, we are pleased to include a photo essay by Andrew Johnson. Entitled Zeitgeist, this series of artworks sees Johnson exploring the symbolic dimensions of the hand phone in South Korea by drawing on the metaphor of the dust mask. According the Johnson, these images refer to ‘the visibility and invisibility of communication’ that characterises the spirit of our time.

The cover image is by Larissa Hjorth as part of her Snapshots: Portrait of the Mobile series conducted whilst on an Asialink residency at Ssamzie space (Seoul, South Korea) in 2005.

The editors would like to offer a special note of thanks to all of our external reviewers who answered our pleas for help with willingness, enthusiasm, and especially, promptness. This issue could not have been completed without your support.