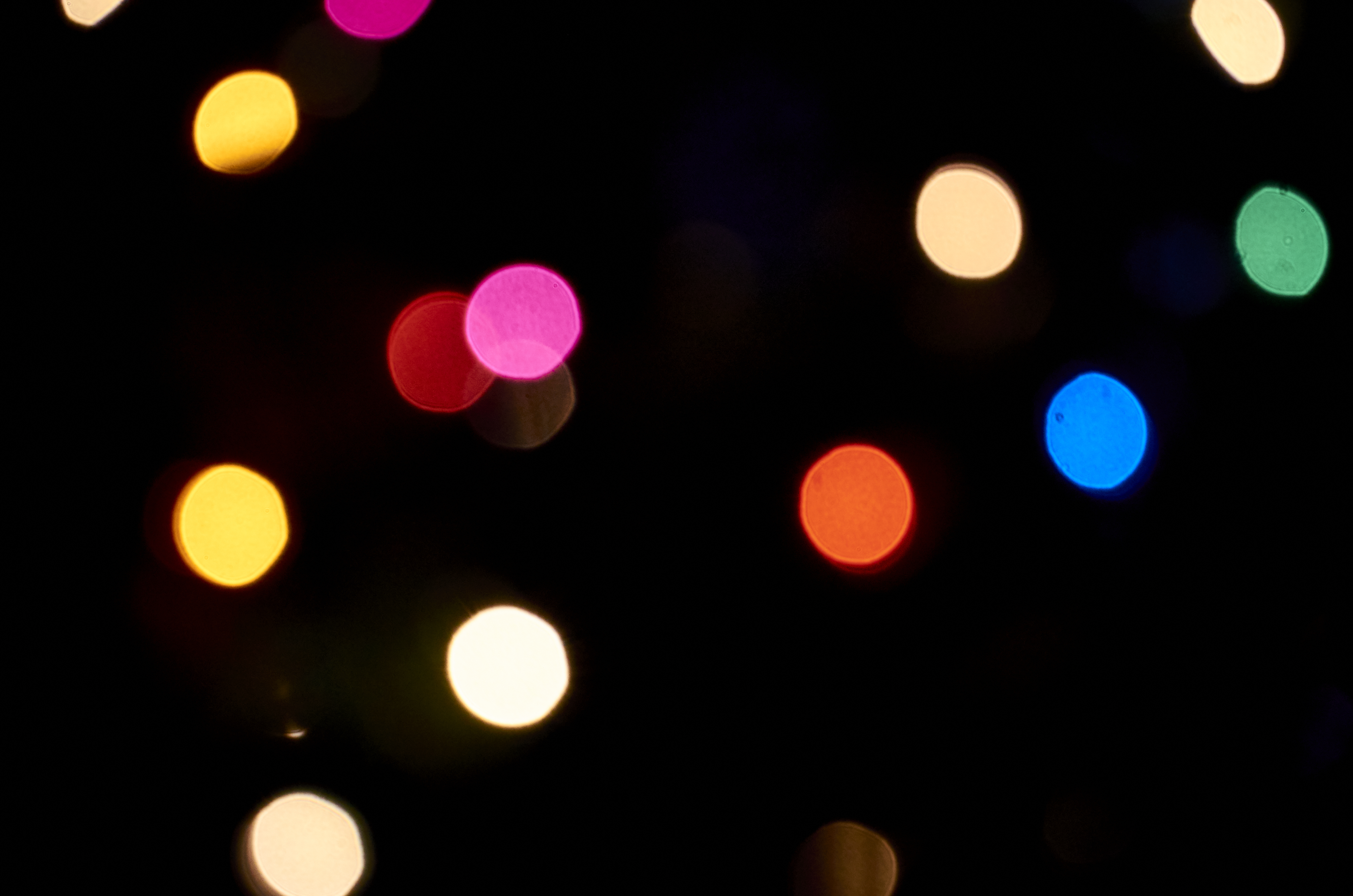 Over the past 20 years, interest in the ‘creative city’ concept and the ways in which cities might be re-imagined and place-branded through specific creative and cultural identities and activities has increased exponentially (Andersson et al.; Cooke and Lazzeretti; Evans; Grodach; Landry), with urban policy-makers in particular seeking to find ways to leverage these identities to drive a range of urban development, economic, heritage, and tourism initiatives (Baker; Ballico and Watson Music Cities; Martinez; Richards and Palmer; Watson and Taylor). In turn, significant attention has been given to the vital contribution creative workers make to the creative, cultural, and economic fabric of cities, with policies aimed at attracting these workers becoming a central tenet of many creative city strategies (Florida). To this end, urban development strategies prefaced on the enactment of a range of ‘creative’ and ‘cultural’ frameworks are commonplace in cities across the world. Examples of this include the UNESCO Creative Cities Network, which encompasses creative sectors as diverse as Crafts and Folk Art, Design, Film, Gastronomy, Literature, Media Arts, and Music (UNESCO), as well as other sector-specific frameworks such as the global music cities movement (Baker; Ballico and Carter; Ballico and Watson Music Cities). More broadly, the role of the creative and cultural industries in place activation strategies are increasingly recognised not for the opportunities provided to creative practitioners in particular locales but for the capacity for such industries and associated artistic endeavours to support heritage activities which can contribute significantly to local communities and/ or cultural tourism, while also providing opportunities to otherwise marginalised groups (Cannady; Fauteux).

This issue examines the multifaceted ways in which creative and cultural cities initiatives, as well as creatively engaged place activation activities, have been enacted across urban spaces. The issue brings together a collection of articles which examine this phenomenon in relation to: critical evaluations of city-specific impacts of creative and cultural cities frameworks and their capacity to support urban regeneration and social and economic development; critical appraisals of city-specific cultural policies and regulatory frameworks which might support and/or inhibit particular forms of creative and cultural initiatives and activities (both in the short and long term); and critical accounts of the reimaging of cities through specific cultural sectors or particular creative and artistic works or artists – in particular in ways which engage place activation and/or creative documentation strategies. They include empirical studies, policy evaluations and critical reflections on place-specific creative activations, and include considerations of how the ongoing COVID-19 pandemic has affected the creative and cultural industries. Furthermore, as editors, we have a long-standing concern with ensuring that we provide a space for authors working within/on geographical contexts that have received less attention in the academic literature on urban cultural economies and creative cities policies. This is reflected in our earlier jointly edited collections, including a previous issue of M/C Journal focussed on ‘place’ and the creative economy (Ballico and Watson Place) and an edited volume on Music City policies (Ballico and Watson Music Cities). In this issue, we seek once again to draw together work on a number of cities and countries that have as yet received relatively little academic attention, spanning Asia, Australia and Europe.

Our issue opens with a feature article that speaks to many of the above themes and concerns. Sarah Turner, Danielle Labbé, Celia Zuberec, and Nguyen N. Binh consider the case of privately operated creative hubs in Hanoi, Vietnam, which for more than twenty years have sustained and transformed the capital city’s contemporary arts scene despite a lack of official financial, institutional, or policy support. However, in 2019 the municipal government of Hanoi joined the UNESCO Creative City Network, and the state has since implemented a number of interventions including a tax reduction for creative start-ups and a strategy to develop cultural industries in Hanoi, indicating a clear shift in its policy approach and disposition towards creative activities. Through a comprehensive empirical study, the authors identify and examine the divergences and tensions between competing visions regarding the city’s creative economy. On the one hand, independent creative hubs are engaging in a process of alternative-value creation that has already begun to impact the city’s socio-cultural norms, while on the other the Vietnamese state is generally oriented towards larger, for-profit ventures that support city-branding in ways that do not serve to advance or support smaller-scaled, community-oriented, artistic activities.

Our feature article is followed by four further empirical studies which focus on how creative city frameworks and networks are acting to shape creative urban economies in place in cities and countries that have received less attention in the extant literature. First, Özlem Tepeli Türel and Başak Demireş Özkul examine the case of Istanbul, Turkey, which, after becoming a European Capital of Culture in 2010, joined the UNESCO Creative Cities Network in October 2017. Istanbul is a city that is home to both some of the world’s most long-standing craft spaces, but also newly developing creative and design industries. Their article provides a critical perspective on emerging cultural frameworks from the perspective of local stakeholders/networks in Istanbul's Tomtom neighbourhood, which represents the main geographical focus with regards to investment in the cultural future of the city. Through their case study of the Tomtom neighbourhood, the authors seek to demonstrate the effects of large-scale events upon local dynamics. They also outline the more recent effects of the COVID-19 pandemic and both the importance and fragility of creative and social networks, arguing that a critical factor in the creative industries' coping through times of crises is support through public policies and by key advocates. Staying in Turkey, Simay Sarı and Onur Mengi report a field study exploring the emerging art district in Darağaç, in İzmir. The article explores the drivers for art and design-based development through the lens of creative placemaking, and how this is practiced by creative class grassroot initiatives in cities such as İzmir, which was shortlisted in the Creative City Network competition in 2019, but unsuccessful. The article considers some of the implications of the experience in İzmir for future policies aimed at the integration of localised initiatives into broader creative city frameworks.

We then switch the geographical context, with Seryun Lee, Jae-Hoon Jung, and Doohyun Kwon considering the case of Andong, in South Korea, in order to illustrate the evolution of the cultural branding of a city using and refashioning cultural heritage. Andong is recognised as a cultural city that has abundant tangible and intangible cultural heritage, some of which is listed as a UNESCO World Heritage site, and has developed and promoted its city brand as ‘the capital of Korean spiritual culture’ with support from the Korean national and regional governments. The article addresses how the different approaches of cultural policies to tangible and intangible cultural heritage in Andong have influenced the city brand and the development of cultural products and tourism, and further discusses the challenges and possibilities that have resulted from the competing agendas of rural development and the conservation of cultural heritage. Switching geographical context once again, Sally Charles and Hilary Nicoll examine the case of Aberdeen in Scotland, a city which has enjoyed the economic benefits of being the Oil & Gas Capital of Europe, but which did not see this wealth invested in the cultural development of the city. The authors reflect on Aberdeen’s failed bid for the 2017 title of UK City of Culture (COC) in light of the oil price crash of 2014, the climate crisis, and Aberdeen ‘transition’ from its designation of Oil & Gas Capital. The article explores how creative communities in the city are now gaining a new voice for their work and how they are refashioning the city for a creative, colourful and sustainable future.

We then move to Australia for two articles which outline applied case studies which consider the relationship between culture, placemaking and community. First, Eve Klein details the design and curation process underpinning the creation of City Symphony: an augmented reality music experience overlaying Brisbane City in Australia. This autoethnographic article presents a practitioner's perspective, exposing curation workflows made across multiple organisations so that the process of public art creation with placemaking goals can be better understood and evaluated. The author argues that transparency of curation workflows is vitally important because artists and organisations decide how to represent places and people, often with an explicit intention of shaping the perception of those people and places towards particular goals such as social transformation or tourism. Second, Anthony Castles and Lisa Law consider urban heritage in the case of Munro Martin Park in Cairns, North Queensland. Munro Martin Park has long been an important meeting place for the community, and was revitalised into a landscaped, state of the art outdoor entertainment arena in 2016. Yet, while the renovation has widened the patronage of the park and enabled new performances such as opera, ballet, and theatre, where families feel children feel safe, the refurbishment also acted to displace a homeless community, saw the removal of heritage trees/flying fox camps, and the precinct is now fenced and locked at night. The article thus draws on the case study to extend critiques of ‘creative cities’ to suggest a more variegated sense of the ‘winners’ and ‘losers’ of cultural regeneration.

We close our issue with an article which offers a broader critical reflection on the ‘creative city’ thesis as we move further into the twenty-first century. Sam Whiting, Tully Barnett, and Justin O’Connor consider how the ‘creative city’ concept, adopted as an international model for urban regeneration by international agencies (such as UNESCO), city governments and developer coalitions, was from its inception problematic due to the way in which gentrification became ‘the significant other’ of creative clusters and iconic arts infrastructure. Unaffordable housing, funding cuts, and the dominance of precarious employment have compounded these issues. More recently, the COVID-19 pandemic has devastated large areas of arts and culture, whilst simultaneously placing a question mark next to the urban use patterns that had underpinned so much of the creative city model. As such, the authors argue that a fundamental re-imagination of the city is now underway following the COVID-19 pandemic, which will have significant implications for art and culture.

Florida, Richard. The Rise of the Creative Class. Basic books, 2019.

Marinez, Placido Gonzalez. “Urban Authenticity at Stake: A New Framework for Its Definition from the Perspective of Heritage at the Shanghai Music Valley. Cities 70 (2017): 55-64.

Dr Christina Ballico is an Adjunct Research Fellow at the Queensland Conservatorium Research Centre, Griffith University, Australia and a collaborator with the global research NGO Center for Music Ecosystems. She is the editor of Geographically Isolated and Peripheral Music Scenes: Global insights and perspectives, the co-editor of Music Cities: Evaluating a Global Policy Concept (2020) and an editorial board member for the IASPM Journal.

Allan Watson is a Senior Lecturer in Human Geography at Loughborough University, UK, and Associate Director of the Globalisation and World Cities (GaWC) research network. Allan has published widely on the economic geographies of the music industry and the wider creative and media industries in leading academic journals, as well as authoring the monograph Cultural Production in and Beyond the Recording Studio (Routledge, 2014). Allan is also co-editor of Rethinking Creative Cities Policy: Invisible Agents and Hidden Protagonists (Routledge, 2015); Global City Makers: Economic Actors and Practices in the World City Network (Edward Elgar, 2018); and Music Cities: Evaluating a Global Cultural Policy Concept (Palgrave Macmillan, 2020).