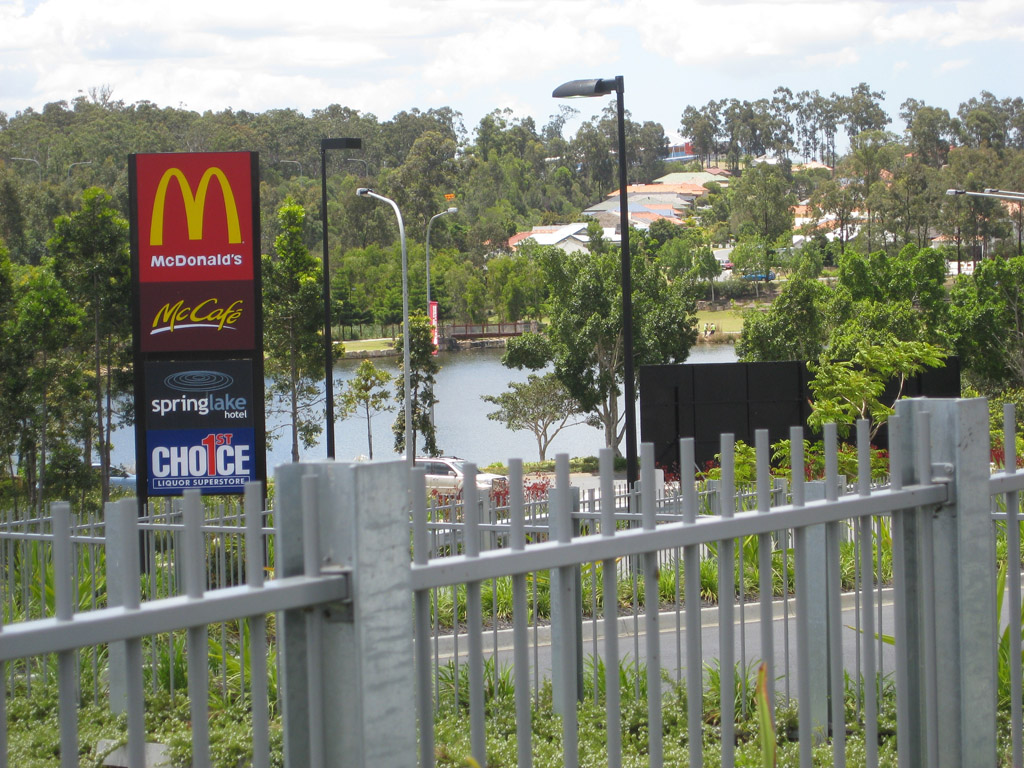 The popular view of the geography of urban employment is that the great bulk of jobs – and certainly virtually all "good" jobs[1] – is located in the CBD. This is an understandable view given the spatial distribution of employment density in Melbourne shown in Figure 1.

Figure 1: Density of employment in one km wide circular bands by distance from CBD, 2006 (jobs/km2)

It shows the density of jobs in the Central Business District (CBD) of Melbourne – the first one km radius ring around the town hall[2] – is an order of magnitude higher than anywhere else in the metropolitan area. It closely aligns with the cluster of high rise office buildings that define the CBD in the popular imagination.

This purpose of this paper is to ask if this is an adequate representation of the geography of employment in Australia’s larger cities. Using Melbourne as a case study, the paper examines how jobs are distributed spatially and what implications that has for policy.

Figure 2 highlights that density is not the same as the number of jobs. It shows how employment is really distributed within Melbourne. The CBD is easily the largest single concentration of employment, but it nevertheless has only 15% of all metropolitan jobs. In fact only 28% of metropolitan jobs are located in the inner city – i.e. lie within a 5 km radius of the town hall – and 50% are located within 13 km radius.

Figure 2: Share of metropolitan employment in one km wide circular bands by distance from CBD, 2006 (%)

This dispersed pattern is not recent. Melbourne was compact and dense up until the end of the nineteenth century when the appearance of mechanised transport – primarily trams and trains – enabled middle class residents to escape the crowding and congestion of the centre for the space and amenity of the suburbs[3]. This trend was boosted dramatically after WW2 when increasingly widespread car ownership democratised access to affordable land on the urban fringe.

Firms followed a similar pattern. Initially, manufacturing and distribution firms moved to the outer suburbs so they could escape congestion in the inner city, exploit space-intensive horizontal production methods, and be closer to the suburbanising workforce. The suburban population generated increasing numbers of jobs to service its consumption needs, amplified by the increasing level of outsourcing from the home. More recently, some higher order activities have moved from the CBD to near-CBD and inner city locations and some back office functions have moved to the suburbs.

Figure 4 shows that this pattern of dispersal held for all industry sectors with one significant exception. While over 80% of Retail and Manufacturing jobs were located more than 5 km from the centre, Commercial Services jobs were split roughly 50/50 between the inner city and the suburbs. This sector consists mainly of finance, insurance, business services and property services jobs. Those located in the CBD and inner city include major financial institutions and-high level producer services jobs servicing corporate clients. Those in the suburbs however tend to service the resident population, for example, real estate agents and personal financial advisers[6].

Figure 4: Proportion of jobs in each industry sector located in suburbs vs inner city, 2006 (%)

The net result, as Figure 5 illustrates, is that the industry composition of the suburbs and the inner city are quite different. While they have much the same proportions of Community Services jobs, the suburbs have a significantly higher proportion of Manufacturing & Transport and Retail jobs. The inner city, on the other hand, is dominated by the Commercial Services sector – it accounts for nearly half of all jobs.

It may surprise, but Figure 6 shows that most high human capital jobs – that is jobs filled by a worker with a Bachelor’s Degree or higher – are located in the suburbs. The inner city has a higher density of graduate jobs, but the sheer size of the suburban job market means that in absolute terms it has more jobs filled by graduates. These high human capital jobs are located in suburban hospitals, universities, schools, local government administration and increasingly, in manufacturing and warehousing. Commercial Services is the exception – two thirds of the high skilled workers in this sector work in the inner city.

Figure 6: Proportion of jobs in inner city vs suburbs occupied by a graduate or higher, 2006 (%)

Figure 7: Share of commuters by metropolitan sub region who work in the inner city, 2006 (%)

After a period of long decline, job numbers started to grow vigorously in absolute terms in the CBD and inner city from around the middle of the 1990s. Averaged over the period 1996 to 2006, inner city jobs grew at much the same pace as suburban jobs, meaning that the relative share of metropolitan jobs claimed by the inner city and suburbs did not change.

While the great bulk of Melbourne’s jobs are in the suburbs, most of them are dispersed rather than located within major centres. Figure 8 shows there were 31 major activity centres[7] in Melbourne’s suburbs in 2006, which collectively accounted for only 20% of all suburban jobs. Some of these centres cover a substantial geographical area – they are spread out "blobs" of moderate density rather than sharp "points" with a small footprint and high density.

Figure 8: Major suburban centres defined by number of jobs and density of jobs, 2006

None of the centres approach the CBD in either size or density. It can be seen from Figure 9 that apart from the top four – which together account for more than half of all jobs in suburban centres – most are in fact relatively small. The smallest centre has around 2,500 jobs.

Figure 9: Suburban activity centres by size (proportion of all jobs in suburban centres), 2006 (%)

Of the 31 major activity centres, 30 are specialised in at least one industry sector and many have multiple specialisations. Commercial Services is the only sector in which no suburban centre specialises – that is the domain of the inner city and especially the CBD. Specialisation suggests that firms seek to avoid the burden of size and/or density associated with diverse centres, instead preferring lower cost centres with the sorts of firms with which they do business.

This brief review of the geography of employment in Melbourne provides insights that are relevant to policy. It is clear that most jobs are in the suburbs and so are most industry sectors. Moreover most of Melbourne’s high human capital jobs are also now located in the suburbs. Most suburban jobs aren’t located in major activity centres, rather they’re at low densities in smaller centres or in stand-alone developments. Suburban centres are themselves relatively low density areas when compared to the CBD. Finally, centres tend to specialise in a limited number of industries because most suburban firms incur higher costs but no benefit from locating with unrelated firms.

Thus the suburbs are the major job arena in Melbourne. This is also true of other Australian cities like Sydney although there are local variations between cities (e.g. Parolin and Kamara). Density is not a strong locational driver of most suburban firms. This is partly because motorised transport enables firms in a suburban setting to enjoy the benefits of agglomeration without high density. It is also partly because many suburban firms serve consumers directly (rather than other firms as is more likely the case in the CBD) and thus prefer relatively small centres which are easily accessible to their customers.

The key challenge for policy suggested by this analysis is how to provide efficient and sustainable mobility for workers and businesses in a low density environment. The suburban geography favours private transport over public transport. Priority in transport policy therefore needs to be given to making private vehicles more efficient and sustainable. This suggests policies like pricing road space and pricing carbon.

[3] The suburbs are defined as that part of Melbourne lying more than 5 km radius from the CBD. The inner city is that area lying within 5 km radius

[4] The ‘average job’ is estimated by weighting the straight line distance of each of 1,000 traffic zones by the number of jobs in each zone

[5] The ‘centre of mass’ is estimated by weighting the coordinates of each of 1,000 traffic zones by the number of jobs in each zone

[7] Centres are defined by their absolute level of employment and job density, based on 1,950 traffic zones. The thresholds for each zone are Z Scores of zero for both employment and density. Contiguous zones are aggregated to form a single centre