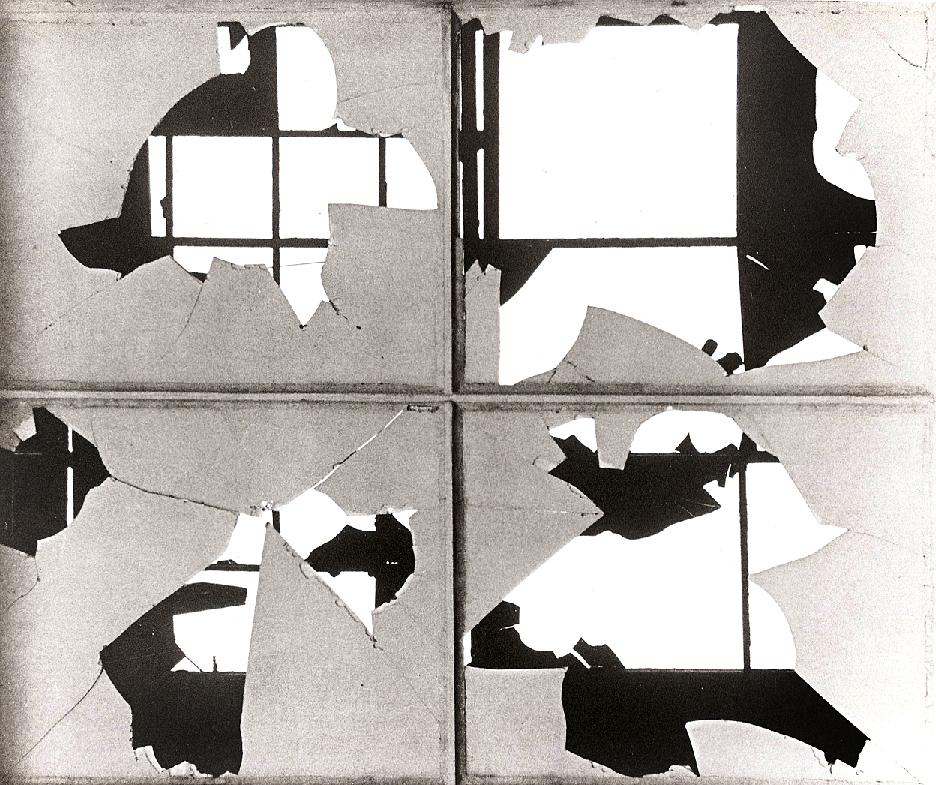 This issue of M/C Journal explores the notion of "impact" and the capacity of contemporary research work to influence not only academia but the direction of current debates in the public sphere surrounding social, political and cultural agendas. The nine papers selected cover a broad range of topics: experimental research methodologies which confront the problem of 'measuring' research impact in the world of work; the creative industries and documentary films; identity politics debates address queer, migrant, racial issues; as well as investigations into the use of storytelling and autoethnography to promote cultural understanding and social inclusion.

"Impact" for the vast majority of these contemporary cultural and social researchers is a moot term, especially the idea that the impact of research outcomes is a measurable quantity. However measuring and assessing the affect and applicability of research outcomes is an all too familiar reality, particularly since the majority of funding applications expect such a consideration. Even at the very early stages in a researcher's career, the doctoral Confirmation of Candidature demands a discussion of the proposed study's significance and potential wider cultural and social purpose. The comments of UK-based academic Ananya Kabir support this concern for the "state of research" that resonates far beyond the UK context:

Academics cannot afford not to want to be impactful, or their work to be 'applicable'. On every application for funding we make to any Research Council, a 'statement of impact' is not merely desirable; it is very much a demand.

This is certainly true of the situation in Australia with the previous government's 2005 planned Research Quality Framework (RQF) which advocated a strong focus on impact and the measuring of it, and the subsequent establishment in 2007 of the Excellence in Research for Australia (ERA) initiative (McDonald). While ERA's main aim is the assessment of research quality with no specific reference to "impact" as such, one of ERA's evaluation indicator categories—research application—requires such a consideration (ERA 2). Moreover, the very recent publication Measuring the Impact of Research by the Group of Eight illustrates the Australian academia's concern with the term, stressing that impact measures would greatly complement ERA's assessment (Rymer 3).

However, there is substantial debate and questions raised concerning these government policy developments. Notwithstanding the difficulties of finding reliable measurement methods and differing perspectives on the evaluation of findings (cf. Group of Eight); will a single regime of measurement suit all disciplines equally? As Stefano Harney stresses impact will "subject the humanities to the same pressure as knowledge transfer did engineering and science. And meanwhile the professional schools, business, law, medicine, use their regulative status to prove impact easily, putting yet more pressure on the humanities." Stephen Shapiro paints an even darker picture: "The lesson is clear: 'impact' is the Trojan horse designed to institutionalize entrepreneurial interests that will be the 'invisible hand' policing the British academy." However, does measuring impact really restrict us to a particular definition of the term? It is impact that should be at the heart of these types of discussions not the obsession with measurement. Perhaps the challenge is to encourage high impact research without the constraint of a specific metrics. As Rick Rylance puts it:

For me, thinking about impact as a challenge and not as a threat is part of this recognition. This is because impact encourages us to conceive of the disparate kinds of benefit research produces which are of many kinds. Sometimes the outcomes are of direct practical advantage.

What is needed then is a greater flexibility with the term and a clearer distinction between impact and impact evaluation or measurement. Although, to some extent, we have to acknowledge the significance of impact evaluation as a necessity in demonstrating that research funding is fairly distributed and spent. Like government funding for the arts for example, it is difficult to demonstrate the value of research aside from the ability to attract financial support. Paula Gilligan observes: "The defence of the Humanities is invariably linked to the defence of the 'Arts'. We are seen to have common cause, united against the scientists, who are 'winning'. We need to start questioning this assumption."

In particular, Hadley and Gattenhof's paper in this issue of M/C Journal engages a number of discourses surrounding these concerns, with their response to the Australian Government's "National Cultural Policy Discussion Paper", suggesting an approach for measuring and assessing the impact of the work of artsworkers. Central to their model is the demands of policy requirements for progress to be 'measurable' and therefore the necessity to train arts, cultural and creative workers to conduct such an assessment and to make the impact of this work evident to stakeholders. This investigation also raises questions for scholars, educators and employers about what artsworkers actually do, the worth of their work and how it could be improved upon.

Two other papers propose diverse methodologies for addressing the problematic area of measurement and assessment. Humphrey's unique approach to the often neglected area of contemporary work and media, introduces the term "officing" (the daily use of information and communication technology) to explore new ways to approach the identification and measurement of the space, time and technology in everyday work practices. Drawing on the ideas of Anselm Strauss to analyse the office workplace as a "contingent and provisional arrangement or process", the author highlights the benefits of this investigation and its impact on productivity and work-life balance, with the ultimate aim to "contribute to the design of more sustainable work environments".

Karlin and Johnson, on the other hand, explore another under-researched area where assessment is required: measuring the impact of films on individual attitudes and cultural narratives and evaluating its importance for documentary film campaigns. The authors argue that though it is increasingly necessary for "issue-based" films to provide information on their social investment returns to justify production costs, of equal importance is that the questions asked and the methods used to answer such queries are "valid and respectful." The paper proposes an "emerging research agenda" for the examination of documentary film which allows investigation of the importance of such evaluations and the key issues relevant to assessing their impact.

The power of personal narratives is explored when Hummel investigates the tension between culture and autoethnographic performance. The author questions the "capacity of gender identification to justify the crisis of representation" and the impact of autoethnography with its "resistance to traditional culture and power divisions through its emphasis on shared experience, emotion and subjectivity." This researcher presents a highly personal narrative of her experience as a woman in Bangladesh to highlight the potential of autoethnography to promote alternate ways of understanding and transcend cultural boundaries.

Hancox also examines the potential and capacity of storytelling and personal narratives to contribute to cultural research and social inclusion. Through a 2009 digital storytelling project conducted with a group of Forgotten Australians prior to the public apology in the Australian Parliament, the paper explores how the "endemic, institutionalised abuse of a group of people was translated to the broader community and galvanised support through the impact of their personal stories." This approach is advocated as a way of enhancing broader issues, such as public understanding of the needs of marginalized groups, which can result in changes to social inclusion through policy and community based solutions as "personal narratives energise public narratives and shape our ways of thinking and collective understandings" (Harter et al. 4).

The effect of Government policy on citizenship and its impact on individuals and communities is examined by two writers: Chisari and Raj. Through a Foucaultian genealogical analysis of Becoming an Australian Citizen, (the resource booklet that prepares a potential new Australian for the citizenship test), Chisari explores Australian identity and how subjects are shaped by the operations of governance and the interrelationship of truth, power and knowledge. In an attempt to move beyond the History Wars, the author problematises the notion of historical "objective truths," endeavouring to influence policy-making surrounding issues of civil education for the Australian migrant. Chisari argues that such an approach has the potential to impact upon historical narratives and promote the inclusion of multiple, alternate stories of Australia and Australian identity.

Raj's paper tackles the hot topic of gay marriage in policy and activist debates. With reference to the writings of Judith Butler and Michael Warner, Raj explores neo-liberal political arguments, queer theory and community politics to critique issues such as intimacy, citizenship and equality. Advocating the belief that by "understanding cultural difference(s) rather than conforming to a norm," this paper proposes a critical framework for "intimate citizenship" that provides a platform for further policy and activist dialogues.

Another arena of contemporary debate is explored by Malatzky's article which examines representations surrounding what Western women should "look like as mothers," and the importance of cultural research projects for the broader community in terms of their potential to inform and direct discussions. Utilising qualitative feminist methodologies', this researcher investigates the media's role in shaping contemporary expectations surrounding the postnatal body, arguing that such investigations can influence the "creation of alternate mothering discourses, and can direct current debates that have a direct impact on, and relevance for, everyday Australian women and men."

Identity is also an issue for our last early career researcher's paper. Al-Natour uses his personal experiences as a researcher investigating the controversy over a proposed Islamic school in Sydney to examine the ways a researcher's identity can affect their participants, and whether this relationship impacts data collection processes. As an outcome of these field work experiences, Al-Natour proposes a series of suggestions for fellow cultural studies researchers in dealing with such dilemmas.

An exploration of the impact of cultural and social researchers in this issue of M/C Journal has ranged from the problems of measuring research outcomes to debates surrounding citizenship and identity and the power of narratives to transcend cultural boundaries. A shared belief that emerges from these explorations and proposals is that though the measurement of impact is problematic, by introducing new discourses, perspectives and paradigms which have the capacity to sway policy making, cultural researchers can position themselves as intermediaries to inform societal groups and various communities. The outcomes of these research projects can then address this concern about the affect and applicability of their findings which have the potential to present accessible, transparent and practicable forms of cultural understanding and genuine solutions to social and cultural problems.

RQF. Assessing the Quality and Impact of Research in Australia - Issues Paper. Canberra: Commonwealth of Australia, 2005.

Bettina Rösler has completed masters in English Literature/Cultural Studies in Germany and in Translation Studies in New Zealand. Currently she is studying PhD at the Centre for Cultural Research at the University of Western Sydney.

Louise Ryan is a doctoral candidate at the Centre for Cultural research, University of Western Sydney. She has been an art educator for nearly thirty years and completed her Masters of Art Education (Honours) in 2007 in the area of museum studies, specifically educational philanthropy, Australian art and cultural development. Louise is currently investigating the museum as a contested space with particular reference to the capacity of art displays to promote cross-cultural understanding between Muslim and non-Muslim communities, exploring notions of nation, Islamic identity and citizenship. She has regularly presented at national and international conferences and has published journal articles on these topics.