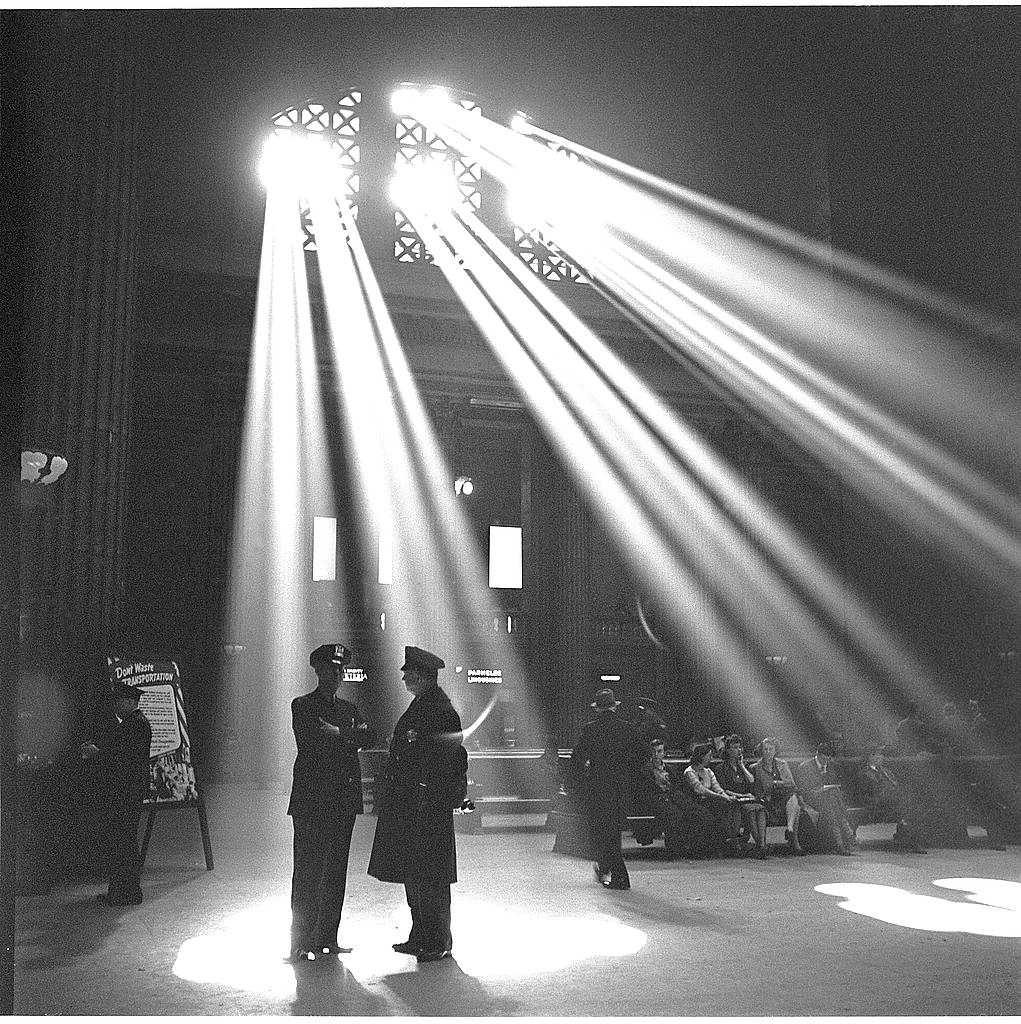 Vol. 15 No. 1 (2012): suspicion
Published 2012-02-27
Editorial
The “Suspicion” issue of M/C Journal explores suspicion as both critical approach and cultural concept, inviting us to engage with its interpretive potential in a world where mistrust has become the norm.

Contemporary Western culture is characterised by a climate of increased border security and surveillance, especially since 9/11. Judith Butler identifies an increase in paranoia and censorship associated with these factors, which has greatly affected freedom of speech, politics, the press, and what constitutes the public sphere. These shifts have had considerable impact on how we relate to words and images. In such a culture of distrust—of authority, of politics, and of supposed objective truth—how revealing or misleading is suspicion as a critical methodology?

This issue of M/C Journal attempts to unravel that question; although it promises no answers, what it does offer is insight into the complexities of using suspicion to critique a range of texts, not all of which lend themselves so easily to a suspicious reading.

The hermeneutics of suspicion, an approach introduced by Paul Ricoeur, assumes that the manifest or surface meaning of a text is a veil that masks its true agenda. As a critical approach, suspicion reads against the text, calling into question the authenticity of representation. The essays collected here use suspicion to explore contemporary fiction, film, and imagery, attempting not only to expose their hidden meanings, but to uncover the perspicacity of the suspicious approach itself.

In her feature paper, “Critique and the Hermeneutics of Suspicion,” Rita Felski discusses the place of suspicion in contemporary critical theory, questioning its neglect in favour of critique, which is deemed more “intellectually rigorous” and less prone to the potential pitfalls of subjectivity. Felski challenges us to reconsider this view, positing that the “muted affective state” of suspicion may offer “an antidote to the charisma of critique,” bringing an element of pleasure and “game-like sparring” to the process of analysing a text. Felski acknowledges that “contemporary styles of critical argument are affective as well as analytical, conjuring up distinctive dispositions and relations to their object.” And indeed each of the articles in this collection are concerned, across a range of disciplines, with a text’s potential to elicit an affective response, whether from within a text, outside of it, or from some uncertain position in between.

Suspicion can draw us into a text and force us to think more deeply about it, even as that text may seem to evade a suspicious reading. In “‘There’s Suspicion, Nothing More’: Suspicious Readings of Michael Haneke’s Cache,” Alison Taylor discusses Haneke’s challenging 2005 film, which presents viewers with a conundrum that has no resolution. Although the film invites a suspicious reading as we follow the attempts of the protagonist, Georges, to discover who is responsible for making surveillance tapes of his home, the culprit is never identified; our suspicion is both pre-empted and never resolved. Taylor charts a frustrated suspicious response on the part of the film’s audience, its critics, scholars, and even its characters, and argues that the film is in fact a critique of the interpretive process, as it plays with and upends the expectations of the viewer.

Niva Kaspi similarly questions the interpretive process, as she investigates the source of narrative suspicion towards a terrorist/victim discourse in Don DeLillo’s post 9/11 novel, Falling Man, for readers and characters alike. In “Bill Lawton by Any Other Name: Language Games and Terror in Falling Man,” Kaspi suggests that the way the text plays with language, naming and re-naming the terrorist-suspect—bin Laden is misheard by the protagonist’s son and his friends, the Siblings, and misnamed Bill Lawton—and other “tricks” and “errors,” activates our suspicion, so that “the reader, after a while, distances somewhat from the text, scanning for alternative possibilities and approaching interpretation with a tentative sense of doubt.” We come to view the printed text with suspicion, and hence question our responses to the hyper-public, press-mediated discourses that followed the events of 9/11.

Nick Levey’s “‘Analysis Paralysis’: Suspicion, Trust, and David Foster Wallace’s ‘Wager’” explores how Wallace’s work deliberately evades decoding and interpretation, asking us to consider how fruitful the opposite approach to suspicion—trust—may be in light of how few answers the book yields. Infinite Jest itself poses a critique of suspicion, as only the characters in the novel who do not question their surroundings and circumstances achieve any sort of closure. Levey’s paper examines Wallace’s concern with “the existential implications of suspicion, in what might be lost in following doubt to its most ‘radical’ conclusions.”

The existential implications of suspicion are further explored in Sarah Richardson’s analysis of Alison Bechdel’s autobiographical graphic novel Fun Home, “‘Old Father, Old Artificer’: Queering Suspicion in Alison Bechdel’s Fun Home.” Bechdel’s graphic memoir charts her relationship with her troubled father, who hid his homosexuality behind “a veneer of perfect provincial Christian fatherhood and respectability.” Although Bechdel initially interprets her father’s history suspiciously, she moves towards a “positive queering of her family history and the embrace of her father’s legacy.” Thus Bechdel’s turn away from suspicion is restorative and ultimately creative.

Nicola Scholes, on the other hand, explores the dilemma in facing a text that turns deliberately and self-consciously towards suspicion. In “The Difficulty of Reading Allen Ginsberg’s ‘Kaddish’ Suspiciously,” Scholes identifies the challenge of seeking hidden meanings in Ginsberg’s poem due to its self-exposing nature. Contrary to the potential a hermeneutic of suspicion has to expose and reveal hidden truths, “Kaddish” blatantly “parades its unpalatable truths.” However Scholes argues that a suspicious reading of “Kaddish” is still possible; indeed, it can mine the poem’s depths even further, “resisting its self-inscribed psychoanalysis to expose the gender politics of Allen’s exposé.”

Gender and sexuality may infinitely complicate or subvert suspicious analysis, as two papers in this issue aptly demonstrate. Samantha Lindop’s “The Homme Fatal and the Subversion of Suspicion in Mr Brooks and The Killer Inside Me” explores the oft-neglected figure of the homme fatal, questioning whether we can regard this figure with the same suspicion-grounded psychoanalytic perspective typically applied to the femme fatale of classic film noir. Focusing on neo-noir films Mr Brooks and The Killer Inside Me, Lindop exposes the homme fatal as a figure who subverts the suspicious gaze with his self-reflexive knowledge of Freudian theory.

By contrast, the female protagonist in crime fiction is a figure who attracts suspicion on a number of narrative levels. As Katherine Howell argues in “The Suspicious Figure of the Female Forensic Pathologist Investigator in Crime Fiction,” female forensic pathologists in novels by popular crime writers Patricia Cornwell and Tess Gerritsen are portrayed as suspicious not simply for their performance of conventionally masculine gender roles—that of investigator and pathologist—but for their identification with the dead. These characters occupy abject space—they exist on the borderlines of life and death, self and other, masculine and feminine—and are thus coded as suspect from within the text.

As the innately suspicious atmosphere of crime fiction and film noir brings us face to face with issues of morality and mortality, so too does Florian Henckel von Donnersmarck’s 2007 film The Lives of Others, which draws on the recent history of East Germany under Stasi rule. In her paper “Love in the Time of Socialism: Negotiating the Personal and the Social in Florian Henckel von Donnersmarck’s The Lives of Others,” Rowena Grant-Frost explores the film’s blurring of public and private—a boundary that depends on the climate of suspicion created by the Stasi as a form of State control. Through focusing on the film’s love story rather than its social milieu, Grant-Frost discusses the “affective experiences associated with constant surveillance,” suggesting this as a means for “contrasting and critiquing the way in which surveillance, power, and control operate.”

But can an understanding of the suspicion at the heart of systems of surveillance, power, and control that so pervade our contemporary world help to develop our moral awareness? Chari Larsson’s “Suspicious Images: Iconophobia and the Ethical Gaze” asks what happens when the images we are constantly exposed to in our media-saturated culture transgress and violates limits, and when, as spectators, we have an ethical and moral responsibility to bear witness. Considering the relationship between iconophobia—suspicion of, and anxiety towards, images—and spectatorship, Larsson draws on art critic Georges Didi-Huberman’s discussion of the prohibition of Holocaust representation, and extrapolates his insights to analyse Laura Waddington’s 2004 film, Border, about asylum seekers in Northern France. Larsson suggests that both Didi-Huberman and Waddington argue for a model of spectatorship that undermines the relationship between viewer and image, so that “the terms of spectatorship may be relocated from suspicion to an ethical, participatory mode of engagement.”

Perhaps, in the end, distrust is all we can trust as we attempt to decode the meaning of any text. What seems most important is for us to understand how to apply suspicion wisely; as the papers in this issue demonstrate, suspicious readings do not simply attempt to expose hidden meanings, but reconnect us with the pleasures of that discovery process, and equip us with the self-reflexive ability to question both a text and the efficacy of our approach to it.

As Felski points out, while critique lets us sweep away a text’s surface and suspicion asks us to mine its depths, both approaches call for a “knowingness, guardedness, suspicion and vigilance” that offers new insights and prompts us to think more critically, more deeply, and more fruitfully.

This issue of M/C Journal was inspired by the “Reading the Suspect” Work in Progress Conference for which Rita Felski delivered the keynote address at the University of Queensland in July 2010.

Carody Culver is a PhD student at the University of Queensland. She is working on a thesis about the narrative and literary qualities of cookbooks published in Australia and the UK since 1951.

Amy Vuleta is a postgraduate student at The University of Queensland. She is working on a Masters thesis about nostalgia, memorial, mourning, and masculinity in Michael Chabon's The Amazing Adventures of Kavalier & Clay.