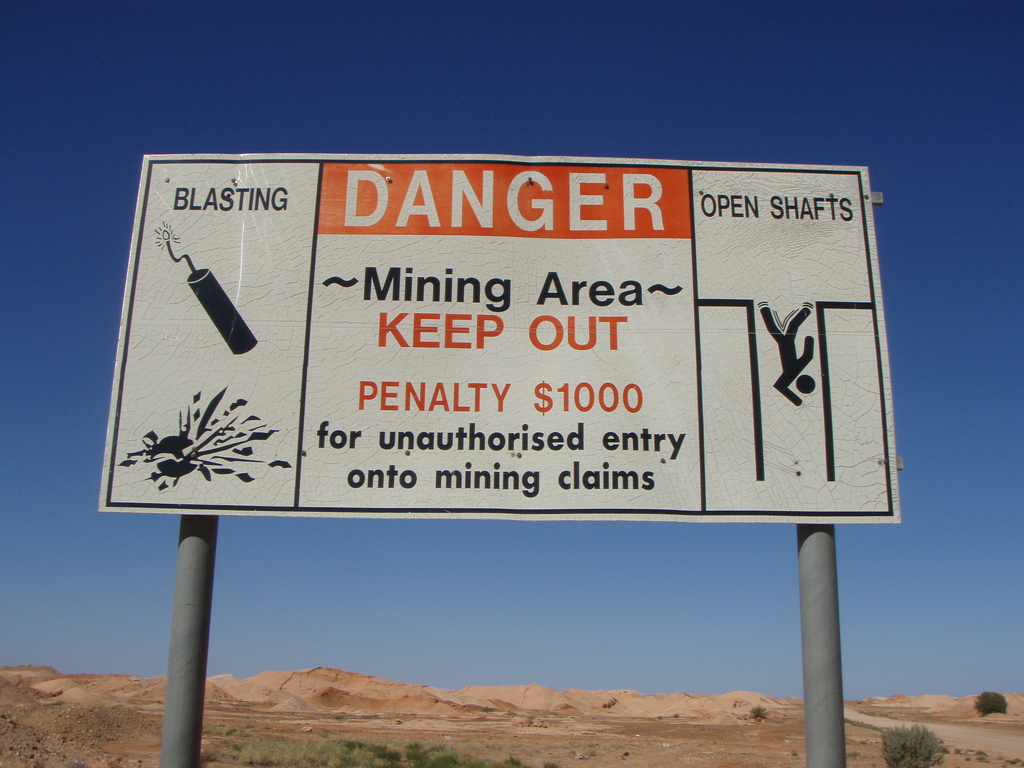 Mining is an industry that likes to maintain a certain element of distance from the rest of the world. The practice of mining for minerals rarely takes place close to homes. If it weren’t for the sea of high-vis clothing that we now see pouring through many city airports in resource-rich countries such as Australia and Canada, and for the immense importance which the mining industry now plays for the economies of such countries, mining may well have remained in isolation for many decades to come.

But the cocoon of safety which this industry has enjoyed from the wider world for so long is starting to crack. Discussions about mining—about the culture of mining—are starting to emerge. We are starting to hear about the environmental concerns, the gender issues, the difficulties of sustainability for companies and employees, the impacts of operations on indigenous cultures, the accumulation of wealth in the hands of a few, and so on. We are starting to hear stories of mining that do not suit the image of an industry that would no doubt wish to hold on to a (now dubious) reputation as the most successful outcome of man’s emergence into modern capitalist industrialisation; where man is the ultimate controller and everything is his (usually not hers) for the taking.

And there appear to be no limits to what we are willing to mine. The literal interpretation of ‘mining’ is the extraction of something from the ground. But in addition to such mining of physical resources, the exploitation of information at large scale – now known as data mining – is also turning into a burgeoning industry, generating new intellectual and economic opportunities while raising complex ethical concerns.

Here, too, many of the concerns now raised for resources mining apply, mirroring that debate surprisingly closely. Data mining has developed for some time well outside of public perception, in the labs of Yahoo!, Google, and other Internet giants of the second and third generation; but where it has risen to public attention it is increasingly seen as an uncontrolled and highly aggressive industry undergoing what may turn out to be unsustainable growth. Some of its leading exponents are criticised for dealing with their data sources with little concern for the privacy or ownership rights of those whom those data concern; and a picture of data miners as Mark Zuckerberg-style computer geeks with high skills and low morals persists and is part reality, part caricature.

In all its forms, ‘mining’ therefore is easily associated with engineering, geology, mathematics, economics, sociology, and other scientific practices. But where are the cultural analyses of mining? The articles in this issue of M/C Journal are not based on the kind of ‘pure science’ that we might normally associate with mining. They are not written by those who work in the disciplines of engineering, geology, computer science or behavioural statistics. Instead, the articles show an application of feminist theory and queer theory to issues of gender and masculinity, of media, cultural, and communication studies perspectives to questions of identity and representation. They introduce an environmentalist narrative into the shale gas debate. And they talk about the relationship between the media and mining (in both senses of the term).

Ultimately, the authors of these articles seek to introduce new ways of discussing ‘mining’. They attempt to launch new narratives to help challenge dominant understandings of what mining is and how it works. In doing so, they seek to take the debates about mining beyond those we might see appearing every day in our newspapers and on our televisions.

To achieve this, the authors have been forced to create from scratch. While their work is grounded in particular disciplines and modes of thinking, there are times when it becomes obvious that they are tilling new ground. Their work is definitely exploratory, as all good mining projects should be at the start. But in this there is the hope that there will be enough in the findings to encourage others to dig deeper; and the hope that commercial mining ventures may take notice of what they have found.

At times, we—as the editors—have struggled to reconcile the desire of the authors to create the new with the preference of the academic culture for research that can reference research. How do we always insist that there must be a reference to what has come before when we know—as the authors do—that there is nothing before and that we are breaking new ground. The interpretations of mining that emerge in the articles in this issue are new—sometimes only partially formed and undoubtedly open for wider debate. But that has always been the intent of this issue.

Mining is everywhere today. In some ways, we have become obsessed with mining. Mining occupies discussions about the economy, the environment, the labour market, politics, land rights, the media, and personal identity. If we consider ‘mining’ through the lens of gender or ethnicity, through queer studies, poststructuralism or feminism, through the media or through critical accounts of academic intervention, what do we come up with? Are there ways of viewing mining that are not tied to the ‘hard’ sciences? What different views of mining emerge when we view it through a more comprehensive, multidisciplinary lens?

This is what we asked of the authors and this is what they have produced. This issue of M/C Journal introduces some differing interpretations and application of ‘mining’. Specifically, the articles in this issue seek to re-envision mining as a cultural practice which can be read in multiple ways.

It would have been easier to have asked for authors to talk about leadership styles, “best practice” processes or safety—all of these are familiar topics of debate in mining companies today. Or about surveillance, user-generated content, and precarious labour – all of them well-trodden paths in Internet research, paths which lead increasingly to the leaders of the emerging data mining industry. Less common—and often non-existent—are discussions that bring mining out of isolation and alongside issues of importance in and to the wider culture.

This issue of M/C Journal, then, seeks to broaden the debate about mining in all its forms, physical or digital, and to open it up to new inputs, new discourses, new arguments. We are grateful to our authors and peer reviewers for their contributions to this issue, and invite you to dig in.

Dr. Dean Laplonge is a leading researcher and consultant in the field of gender, safety and communications. His current areas of professional interest include gendered behaviours in the mining and oil & gas industries, safety communications, and equity in the workplace. He is the lead researcher on Factive's "Mining for a Safer Masculinity" project (www.factive.com.au) and has extensive experience addressing gender and communication issues in the resources sector for organisations such as BHP Billiton Iron Ore, INPEX, Rio Tinto, Fortescue Metals, Worsley Alumina, Nickel West, Horizon Power and The Department of Mines and Petroleum in Western Australia. Dean is an Adjunct Senior Lecturer at the University of New South Wales and is currently completing his second Masters, this time in the field of peace and conflict studies from the University of Peace. His new book—So You Think You’re Tough: Getting Serious about Gender in Mining—is due out later this year. When not flying out to carry out work on mine sites, Dean lives in New Brunswick in Canada.

Dr Axel Bruns is an Associate Professor in the Creative Industries Faculty at Queensland University of Technology in Brisbane, Australia, and a Chief Investigator in the ARC Centre of Excellence for Creative Industries and Innovation (http://cci.edu.au/). He is the author of Blogs, Wikipedia, Second Life and Beyond: From Production to Produsage (2008) and Gatewatching: Collaborative Online News Production (2005), and a co-editor of A Companion to New Media Dynamics (2012, with John Hartley and Jean Burgess) and Uses of Blogs (2006, with Joanne Jacobs). Bruns is an expert on the impact of user-led content creation, or produsage, and his current work focusses on the study of user participation in social media spaces such as Twitter, especially in the context of acute events. His research blog is at http://snurb.info/, and he tweets at @snurb_dot_info. See http://mappingonlinepublics.net/ for more details on his current social media research.