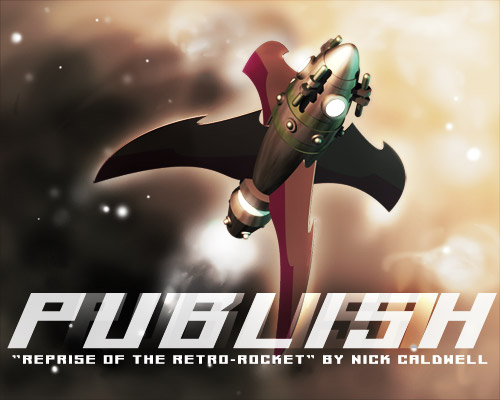 Some ten and a half years ago, David Marshall—then lecturing in the English Department at the University of Queensland—had an idea. Academics around Australia, and around the world, were still coming to terms with this new-fangled thing, the Web, but publishing academic work was more often than not still linked to the slow processes of print publishing—so, David suggested, wouldn’t it be great to set up a new, purely online journal that would combine rigorous academic peer review with the speed and reach that only Web-based publishing could provide. “Why not organise each issue around a one-word theme?,” he asked.

David put this idea to his Honours class on New Media—and though we didn’t have much of a clue about what exactly the process would entail, quite a few of us (Nick Caldwell, Joseph Crawfoot, Kirsty Leishman, Felicity Meakins, and I) were enthusiastic about the suggestion, and got to work. We formed the first editorial team for what we then called M/C: A Journal of Media and Culture—and a few months later, on 23 July 2008 (David’s birthday), M/C was officially launched at The Hub Internet Cafe in Brisbane.

The Hub has long since disappeared (and so, I’m sorry to say, have the photos from the launch). The original editorial team completed their Honours studies, went on to various other degrees, and dispersed far and wide. After a stint in Boston, David himself is now based at the University of Wollongong. M/C itself, however, is still here: you’re reading issue 4 in volume 11. Appropriately themed ‘publish’, the issue is co-edited by long-time M/C editor Peta Mitchell, and David makes his return as well. And in keeping with our origins, we’ve even asked Nick Caldwell to contribute one of his famous ‘spaceship’ covers that graced many of our earliest issues—a retro-retrorocket, if you like.

It’s been a long road. We’ve gone through our ups and downs, and I’d like to think we’ve become a little wiser, a little better at what we do (don’t look too critically at our first editions, please). Some things have remained the same—a few authors are still struggling with the need to meet deadlines, and the fineries of academic referencing; we’re still publishing at what (in comparison with print journals) is the breakneck speed of six issues per year, with a turnaround of two months between article submission and issue launch; and we’re still following the one-word theme approach that David suggested all those years ago. We still “take seriously the need to move ideas outward, so that our cultural debates may have some resonance with wider political and cultural interests,” as M/C’s first editorial put it—and we’ve yet to run out of words for our issue themes.

But it’s easy to forget how different the Web environment was for scholarly content in the late 90s. Look at the archive of our earliest issues, and compare them with our site today, and you’ll see what I mean. Back then, we hand-coded our HTML; over the past month, we’ve finally moved our site to using the Open Journal Systems platform (which we hope will guarantee a smooth flow from article submissions and referee reports to finished issues for the foreseeable future). M/C was a pioneer in academic online publishing in Australia—and we’ve clocked up many long nights slaving over HTML (and later, PHP) code to prove it; I’d like to think that those many journals which followed took at least some inspiration from our example.

In marking our tenth birthday, I’d like to thank all those many fabulous authors, reviewers, issue editors, cover artists, and staff who’ve contributed to M/C over the years. I’d like to thank our readers, who give us a reason for continuing with what we do. I’d like to thank the many library and other sites that link to us, the National Library of Australia, which has archived M/C content since early 1999, and the Creative Industries Faculty at QUT, which now provides our server space.

I hope you all look forward to what the next ten years will hold for M/C—we certainly do.

Dr Axel Bruns is General Editor and co-founder of M/C - Media and Culture. He is a Senior Lecturer in the Creative Industries Faculty at Queensland University of Technology in Brisbane, Australia. Bruns is the author of Blogs, Wikipedia, Second Life and Beyond: From Production to Produsage (2008) and Gatewatching: Collaborative Online News Production (2005), and the editor of Uses of Blogs with Joanne Jacobs (2006; all released by Peter Lang, New York). His book Gatewatching was nominated for the 2006 Communications Policy Research Award at Fordham University's Donald McGannon Communication Research Center, and he contributes to the Gatewatching.org group blog with Jason Wilson and Barry Saunders.

Bruns has coined the term produsage to better describe the current paradigm shift towards user-led forms of collaborative content creation which are proving to have an increasing impact on media, economy, law, social practices, and democracy itself. Produsage provides a new approach to conceptualising these phenomena by avoiding the traditional assumptions associated with industrial-age production models. His study of these environments builds on his work in the area of participatory or citizen journalism and blogging. In 2007, Bruns was a visiting scholar at the University of Leeds and Massachusetts Institute of Technology, where he further investigated the impact of produsage on democracy, citizenship, and the media. For more information about the produsage concept, see Produsage.org.