Kittens All the Way Down: Cute in Context 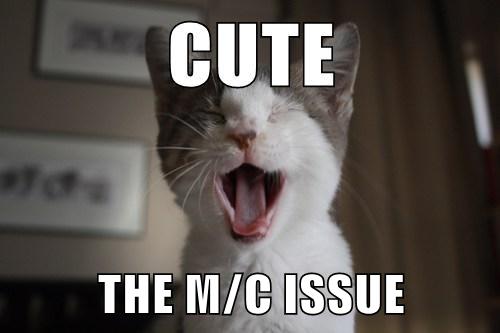 This issue of M/C Journal is devoted to all things cute – Internet animals and stuffed toys, cartoon characters and branded bears. In what follows our nine contributors scrutinise a diverse range of media objects, discussing everything from the economics of Grumpy Cat and the aesthetics of Furbys to Reddit’s intellectual property dramas and the ethics of kitten memes.

The articles range across diverse sites, from China to Canada, and equally diverse disciplines, including cultural studies, evolutionary economics, media anthropology, film studies and socio-legal studies. But they share a common aim of tracing out the connections between degraded media forms and wider questions of culture, identity, economy and power. Our contributors tell riveting stories about these connections, inviting us to see the most familiar visual culture in a new way.

We are not the first to take cute media seriously as a site of cultural politics, and as an industry in its own right. Cultural theory has a long, antagonistic relationship with the kitsch and the disposable. From the Frankfurt School’s withering critique of cultural commodification to revisionist feminist accounts that emphasise the importance of the everyday, critics have been conducting sporadic incursions into this space for the better part of a century. The rise of cultural studies, a discipline committed to analysing “the scrap of ordinary or banal existence” (Morris and Frow xviii), has naturally provided a convincing intellectual rationale for such research, and has inspired an impressive array of studies on such things as Victorian-era postcards (Milne), Disney films (Forgacs), Hallmark cards (West, Jaffe) and stock photography (Frosh). A parallel strand of literary theory considers the diverse registers of aesthetic experience that characterize cute content (Brown, Harris). Sianne Ngai has written elegantly on this topic, noting that “while the avant-garde is conventionally imagined as sharp and pointy, as hard- or cutting-edge, cute objects have no edge to speak of, usually being soft, round, and deeply associated with the infantile and the feminine” (814).

Other scholars trace the historical evolution of cute aesthetics and commodities. Cultural historians have documented the emergence of consumer markets for children and how these have shaped what we think of as cute (Cross). Others have considered the history of domestic animal imagery and its symptomatic relationship with social anxieties around Darwinism, animal rights, and pet keeping (Morse and Danahay, Ritvo). And of course, Japanese popular culture – with its distinctive mobilization of cute aesthetics – has attracted its own rich literature in anthropology and area studies (Allison, Kinsella).

The current issue of M/C Journal extends these lines of research while also pushing the conversation in some new directions. Specifically, we are interested in the collision between cute aesthetics, understood as a persistent strand of mass culture, and contemporary digital media. What might the existing tradition of “cute theory” mean in an Internet economy where user-generated content sites and social media have massively expanded the semiotic space of “cute” – and the commercial possibilities this entails?

As the heir to a specific mode of degraded populism, the Internet cat video may be to the present what the sitcom, the paperback novel, or the Madonna video was to an earlier moment of cultural analysis. Millions of people worldwide start their days with kittens on Roombas. Global animal brands, such as Maru and Grumpy Cat, are appearing, along with new talent agencies for celebrity pets. Online portal I Can Haz Cheezburger has received millions of dollars in venture capital funding, becoming a diversified media business (and then a dotcom bubble). YouTube channels, Twitter hashtags and blog rolls form an infrastructure across which a vast amount of cute-themed user-generated content, as well as an increasing amount of commercially produced and branded material, now circulates. All this reminds us of the oft-quoted truism that the Internet is “made of kittens”, and that it’s “kittens all the way down”.

Digitization of cute culture leads to some unusual tweaks in the taste hierarchies explored in the aforementioned scholarship. Cute content now functions variously as an affective transaction, a form of fandom, and as a subcultural discourse. In some corners of the Internet it is also being re-imagined as something contemporary, self-reflexive and flecked with irony. The example of 4Chan and LOLcats, a jocular, masculinist remix of the feminized genre of pet photography, is particularly striking here.

How might the topic of cute look if we moving away from the old dialectics of mass culture critique vs. defense and instead foreground some of these more counter-intuitive aspects, taking seriously the enormous scale and vibrancy of the various “cute” content production systems – from children’s television to greeting cards to CuteOverload.com – and their structural integration into current media, marketing and lifestyle industries? Several articles in this issue adopt this approach, investigating the undergirding economic and regulatory structures of cute culture. Jason Potts provides a novel economic explanation for why there are so many animals on the Internet, using a little-known economic theory (the Alchian-Allen theorem) to explain the abundance of cat videos on YouTube. James Meese explores the complex copyright politics of pet images on Reddit, showing how this online community – which is the original source of much of the Internet’s animal gifs, jpegs and videos – has developed its own procedures for regulating animal image “piracy”. These articles imaginatively connect the soft stuff of cute content with the hard stuff of intellectual property and supply-and-demand dynamics.

Another line of questioning investigates the political and bio-political work involved in everyday investments in cute culture. Seen from this perspective, cute is an affect that connects ground-level consumer subjectivity with various economic and political projects. Carolyn Stevens’ essay offers an absorbing analysis of the Japanese cute character Rilakkuma (“Relaxed Bear”), a wildly popular cartoon bear that is typically depicted lying on the couch and eating sweets. She explores what this representation means in the context of a stagnant Japanese economy, when the idea of idleness is taking on a new shade of meaning due to rising under-employment and precarity. Sharalyn Sanders considers a fascinating recent case of cute-powered activism in Canada, when animal rights activists used a multimedia stunt – a cat, Tuxedo Stan, running for mayor of Halifax, Canada – to highlight the unfortunate situation of stray and feral felines in the municipality. Sanders offers a rich analysis of this unusual political campaign and the moral questions it provokes. Elaine Laforteza considers another fascinating collision of the cute and the political: the case of Lil’ Bub, an American cat with a rare genetic condition that results in a perpetually kitten-like facial expression. During 2011 Lil’ Bub became an online phenomenon of the first order. Laforteza uses this event, and the controversies that brewed around it, as an entry point for a fascinating discussion of the “cute-ification” of disability.

These case studies remind us once more of the political stakes of representation and viral communication, topics taken up by other contributors in their articles. Radha O’Meara’s “Do Cats Know They Rule YouTube? How Cat Videos Disguise Surveillance as Unselfconscious Play” provides a wide-ranging textual analysis of pet videos, focusing on the subtle narrative structures and viewer positioning that are so central to the pleasures of this genre. O’Meara explains how the “cute” experience is linked to the frisson of surveillance, and escape from surveillance. She also explains the aesthetic differences that distinguish online dog videos from cat videos, showing how particular ideas about animals are hardwired into the apparently spontaneous form of amateur content production.

Gabriele de Seta investigates the linguistics of cute in his nuanced examination of how a new word – meng – entered popular discourse amongst Mandarin Chinese Internet users. de Seta draws our attention to the specificities of cute as a concept, and how the very notion of cuteness undergoes a series of translations and reconfigurations as it travels across cultures and contexts. As the term meng supplants existing Mandarin terms for cute such as ke’ai, debates around how the new word should be used are common. De Seta shows us how deploying these specific linguistic terms for cuteness involve a range of linguistic and aesthetic judgments. In short, what exactly is cute and in what context?

Other contributors offer much-needed cultural analyses of the relationship between cute aesthetics, celebrity and user-generated culture.  Catherine Caudwell looks at the once-popular Furby toy brand its treatment in online fan fiction. She notes that these forms of online creative practice offer a range of “imaginative and speculative” critiques of cuteness. Caudwell – like de Seta – reminds us that “cuteness is an unstable aesthetic that is culturally contingent and very much tied to behaviour”, an affect that can encompass friendliness, helplessness, monstrosity and strangeness.

Jonathon Hutchinson’s article explores “petworking”, the phenomenon of social media-enabled celebrity pets (and pet owners). Using the famous example of Boo, a “highly networked” celebrity Pomeranian, Hutchinson offers a careful account of how cute is constructed, with intermediaries (owners and, in some cases, agents) negotiating a series of careful interactions between pet fans and the pet itself. Hutchinson argues if we wish to understand the popularity of cute content, the “strategic efforts” of these intermediaries must be taken into account.

Each of our contributors has a unique story to tell about the aesthetics of commodity culture. The objects they analyse may be cute and furry, but the critical arguments offered here have very sharp teeth. We hope you enjoy the issue.

Thanks to Axel Bruns at M/C Journal for his support, to our hard-working peer reviewers for their insightful and valuable comments, and to the Swinburne Institute for Social Research for the small grant that made this issue possible.

Ritvo, Harriet. The Animal Estate: The English and Other Creatures in the Victorian Age. Cambridge: Harvard University Press, 1987.

Ramon Lobato is an ARC postdoctoral research fellow at Swinburne University of Technology.