Fleshing Out the Maelstrom

Biopunk and the Violence of Information 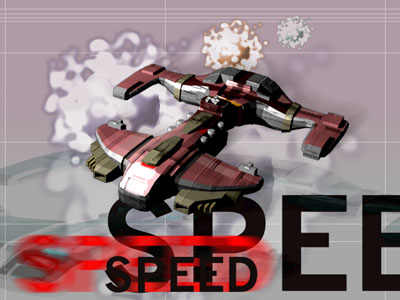 Biopunk is an intriguing development of that essential cultural reference point for the information age: cyberpunk. William Gibson's Neuromancer (1984) did more than popularise the phrase cyberspace, it laid the basis for a genre that went on to capture the turbulent zeitgeist of a new digital age in which the promises of the much-vaunted, information society finally seemed possible. Karl Marx used the phrase "All that is solid melts into air..."1 to describe the profound social changes wrought by capitalism. It is also a fitting description of the apparent technology-induced paradigm shift in our contemporary perception of the world. Increasingly, solid, material structures are viewed in immaterial, informational terms and the boundaries between previously distinct categories are blurring. This paradigm shift has produced attendant tensions and the significance of biopunk resides in its cultural representation or 'playing out' our contemporary ontological confusion: physicality's newly problematic status. This article briefly samples the work of the British writers Jeff Noon and Michael Marshall Smith to argue that in the rapidly-approaching era of a fully-mapped human genome, biopunk provides a much-needed cathartic imaginative outlet for our growing confusion about the status of the physical in our brave new digital world.

In the past we have always assumed that the external world around us has represented reality, however confusing or uncertain, and that the inner world of our minds, its dreams, hopes, ambitions, represented the realm of fantasy and the imagination. These roles it seems to me have been reversed ... the one small node of reality left to us is inside our own heads. (Ballard 5)

The notion that biopunk's imaginative excesses can provide potentially useful insights into the contemporary condition is backed by the sense that the traditional boundary between the real and imagined worlds has become irretrievably blurred. Thus J.G. Ballard suggests that the ubiquity and pervasiveness of modern technology has reversed our usual ontological categories, a sentiment endorsed by Columbus, a character from Noon's novel Pollen, who asserts that "what is presently inside the head will shortly be outside the head. The dream! The dream will live!" (193). The increasing perception of such an ontological reversal is reflected in claims that cyberpunk can be viewed as social theory (Burrows) whereas "Baudrillard's futuristic postmodern social theory can be read in turn as science fiction" (Kellner 299).

Cyberpunk fiction utilises the pace of technological change as a permanent narrative back-drop, and having identified various social trends within late capitalism re-presents them with an 'exaggerated clarity' that has become its hallmark. Biopunk takes such exaggerations even further. It metaphorises cyberpunk's social instabilities into an alarming maelstrom of biological uncertainty: exaggerated clarity becomes exaggerated anxiety. Biopunk develops the informationally saturated mise-en-scène of cyberpunk by exploring further the implications of the increasing convergence between information as an abstract entity and its embodied manipulation in biological DNA. It pursues Marx's previously cited image of melting ephemerality with fictional fervour: "These days the doors between the two worlds were slippery, as though the walls were going fluid" (Noon, Pollen 92)2.

Biopunk's fictional emphasis upon disorienting levels of fluidity reflects non-fictional concerns about the potential information overloading tendencies of digital technologies: "the tie between information and action has been severed ... we are glutted with information, drowning in information, we have no control over it, don't know what to do with it" (Postman 6). In Pollen, Noon provides a grotesque metaphorical representation of Postman's fears in his portrayal of a near-future Manchester struggling to cope with the after-effects of the widespread dispersal of a powerful fertility drug called Fecundity 10. The city is over-run by exponentially proliferating flora and fauna that combine in a frenetic confusion of unlikely hybrid genetic couplings. Noon uses a blurring of previously distinct genetic categories to symbolise society's inability to control the growth of information. His fiction 'fleshes out' digitally-induced anxieties with a sustained depiction of futuristic Hieronymous Bosch-like febrility and fecundity, or, to use a phrase of Baudrillard's, 'organic delirium':

The Zombies were dancing and blooming around the shit and the dust, flowers sprouting from their tough skins, petals falling from their mouths. It was a fine show of fauna and flora, all mixed into one being. New species ... It was a time of happenings and flower power. A time of changes. That's why this hayfever wave is exciting me so much, despite the danger. It's got me in two minds, this fever. The flowers are making a come back, and the world is getting messier. The barricades are coming down. This city is so fucking juicy right now. (Noon, Pollen 117 & 166)

Noon's Nymphomation is set in a near-future Manchester that is the testing site for a national lottery based upon a domino-like game. The neologism that provides the novel's title, continues his key theme of fecundity, it is used:

... to denote a complex mathematical procedure where numbers rather than being added together or multiplied or whatever, were actually allowed to breed with each other, to produce new numbers, which had something to do with 'breeding ever more pathways towards the goal'. (Noon, Nymphomation 119)

Fecundity in this setting does not only apply to the mating of informational and biological entities but is also apparent in the meme-like transmission of a pervasive copulatory capitalist zeitgeist: "the naked populace, making foreplay to the domiviz, bone-eyed and numberfucked ... Even the air had a hard-on, bulging with mathematics. Turning the burbflies into a nympho-swarm, liquid streets alive with perverts ..." (Noon, Nymphomation 65) General fecundity is specifically manifested in a glut of commercial activity which the authorities no longer seem able to control: "the streets of Blurbchester were thick with the mergers, a corporate fog of brand images. People had to battle through them ... The Government was at a loss regarding the overwhelming messages; they knew the experiment had gone wrong ... but how to right it?" (240). Informational overload becomes a reproductive frenzy whereby corporate messages breed literally like flies. Gibson's dance of biz becomes an actual buzz:

As the burbflies went out of control, blocking out the streetlights, making a cloud of logos. It was rutting season for the living verts, and all over the city the male blurbs were riding on the backs of females. Biting their necks, hoping for babyverts. The city, the pulsating city, alive with the rain and colours and the stench of nymphomation Mathemedia. Here we go, numberfucked ... (Noon, Nymphomation 159)

In the real world, the process of technological change causes flux and confusion. Cyberpunk fiction represents this by describing dystopian social environments. Its protagonists revel in the loss of traditional and coherent social values such as law and order and community where its protagonists revel in an unlimited smorgasboard of privatised formerly public services. Biopunk's distinctive quality stems from its own peculiar perspective on such confusion, manifested in a distinctive attention to bodily substance and a whole bestiary of new hybrid life-forms.

For Case, who'd lived for the bodiless exultation of cyberspace it was the Fall. In the bars he'd frequented as a cowboy hotshot, the elite stance involved a certain relaxed contempt for the flesh. The body was meat. Case fell into the prison of his own flesh. (Gibson, Neuromancer 12)

This early passage from Neuromancer describes its protagonist's addictive relationship to the Matrix and provides a neat summary of cyberpunk's perspective on the growing subordination of the physical. Digital pleasure is experienced at the expense of alienation with the material environment. In Douglas Coupland's 'factional' work Microserfs (1995) the excessively manicured lawns at Microsoft headquarters merely represent an epiphenomenon of a more deeply-rooted societal trend towards the diminished importance of our physical sensibilities. Lego, or 'Satan's playtoy', is humorously identified as an emblematic commodity of this tendency due to the way in which it is responsible for brainwashing

entire generations of youth from the information-dense industrialized nations into developing mind-sets that view the world as unitized, sterile, inorganic, and interchangeably modular ... Lego is, like, the perfect device to enculturate a citizenry intolerant of smell, intestinal by-products, nonadherence to unified standards, decay, blurred edges, germination and death. Try imagining a forest made of Lego. Good luck. Do you ever see Legos made from ice? dung? wood? iron? and sphagnum moss? No -- grotacious, or what? (Coupland 258)

A typically distinguishing feature of biopunk is its willingness to stretch such aspects of the digital zeitgeist to their limits. In contrast to Coupland's easy humour and cyberpunk's "relaxed contempt for the flesh", biopunk refashions sentiments of unease with physical immediacy to take the form of nauseating disgust with the biological per se. In Spares, this is vividly embodied when, for example, objects fall into reality from the cyberspatial Gap:

It was a bird, of a kind. A bird or a cat, either way. It was featherless, but stood a foot tall on spindly jointed legs; its face was avian but -- like the body -- fat and dotted with patchy, moulting orange fur. Two vestigial wings poked out of its side at right angles, looking as if they had been unceremoniously amputated with scissors and then re-cauterized. Most of the creature's skin was visible, an unhealthy white mess that appeared to be weeping fluid. The whole body heaved in and out as it sat, as if labouring for breath, and it gave of a smell of recent decay -- as if fresh-minted for death ... its beak opened. The hole this revealed looked less like a mouth than a churned wound, and the eyes, though vicious, were faltering ... The bird tried to take a step towards us, but the effort caused one of its legs to break. The top joint teetered in its socket and then popped out. The creature flopped onto its side. The skin over the joint tore like an over-ripe fruit, releasing a gout of matter that resembled nothing so much as a heavy period mixed with sour cream. (Smith 162)

Biopunk's almost neo-gnostic distaste for flesh has arguably become increasingly apparent in William Gibson's later work. In Neuromancer, for example, the tone of 'relaxed contempt' is still evident in his description of the population's consumer demand: "Summer in the Sprawl, the mall crowds swaying like windblown grass, a field of flesh shot through with sudden eddies of need and gratification" (60). However, his vision is certainly less relaxed when, by the time of Idoru (1996), he describes how the media's audience

... is best visualized as a vicious, lazy, profoundly ignorant, perpetually hungry organism craving the warm god-flesh of the annointed. Personally I like to imagine something the size of a baby hippo, the color of a week-old boiled potato, that lives by itself, in the dark, in a double-wide on the outskirts of Topeka. It's covered with eyes and it sweats constantly. The sweat runs into those eyes and makes them sting. It has no mouth ... no genitals, and can only express its mute extremes of murderous rage and infantile desire by changing the channels on a universal remote. Or by voting in presidential elections. (28-9)

Just before an airplane breaks the sound barrier, sound waves become visible on the wings of the plane. The sudden visibility of sound just as sound ends is an apt instance of that great pattern of being that reveals new and opposite forms just as the earlier forms reach their peak performance. (McLuhan 12)

McLuhan's image of the dramatic visibility of sound right at the moment of its imminent supercedance is a useful way of conceptualising the significance of biopunk and its obsessive highlighting of bodies and their metaphoric power. Perhaps as we leap-frog the mechanical technologies of modernity into a postindustrial world where information attains the status of the fourth element, biopunk is performing an idiosyncratic eulogy at the funeral of physicality.