E-Mail and the Problems of Communication

The Problems of Communication 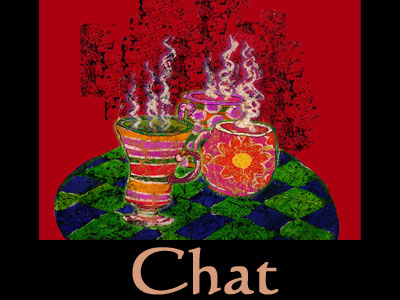 The Language in the Workplace project, based in the School of Linguistics and Applied Language Studies at Victoria University of Wellington, New Zealand, has for most of its history concentrated on oral interaction in professional and manufacturing organisations. Recently, however, the project team widened its scope to include an introductory investigation of e-mail as a mode of workplace interaction. The ultimate intention is to extend the project's purview to encompass all written modes, thereby allowing a fuller focus on the complex interrelationships between communication media in the workplace.

The Problems of Communication

In an illuminating recent study, John Durham Peters explores problems that have dogged the notion of 'communication' (the term in this sense originating only in the late nineteenth century) from the time of Plato. The overarching historical problem he discusses is the recurrent desire for complete communication, the illusionary dream of transferring completely and without modification any idea, thought, or intention from one mind to another. There are two further and related problems that are particularly germane to my purposes here.

Yet another problem are the oppositions creating and sustaining these perceived problems, and their resultant social polarisations. Peters argues eloquently that technologies will never solve the differences in intention and reception amongst socially and therefore differentially positioned interlocutors. (Indeed, he counts it as a benefit that human beings cannot exempt themselves from the recognition and negotiation of individual and collective difference.) And he demonstrates that dialogue and dissemination are equally subject to imperfections and benefits.

However, the perceptions remain, and that brings its own problems, given that people continue to act on the basis of unrealistic assumptions about communication. Looked at in this context, electronic mail (which Peters does not include in his historical studies) is a particularly fruitful site of investigation. I will focus on discussing the two problems enumerated above with reference to some of the academic and business literature on e-mail in the workplace; a survey conducted in part of a relatively large organisation in Wellington; and a public e-mail forum of primarily scientists and business people concerning New Zealand's future development.

The first communication technology to be extensively critiqued for its corruption of social intercourse was writing (by Socrates in Phaedrus). Significantly, e-mail has often been characterised, not unreasonably, as a hybrid of speech and writing, and as returning written communication in the workplace toward the 'immediacy' and 'simplicity' of speech. In fact, as many practitioners do not sufficiently appreciate, informality and intimacy in e-mail communication have to be worked at. Efforts are made by some to use friendly salutations; a chatty, colloquial style; typographical representations of body language; and to refrain from tidying up errors and poor expression (which backfires on them when addressing sticklers for correctness, or when, as often happens, the message is full of obscurities and lacunae). When these attempts are not made, receivers impute to the messages the coldness and impersonality of the most functional letters and notes -- and this is only enhanced by the fact that so much e-mail in the workplace is used for directives (instructions and requests) or announcements (more specifically, proclamations; see below).

In contrast to the initial reception of some earlier communication technologies, e-mail was widely welcomed at first. It was predicted to usher in a new egalitarian and democratic order of communication by flattening out or even by-passing hierarchical relations (Sproull and Kiesler; any issue of Wired magazine [see Frau-Meigs]). The realisation that other commercial factors were also contributing to this flattening out no doubt helped to dispel the utopian view (Casey; Gee)3. Subsequent literature has given more emphasis to the sinister aspects of e-mail -- its deployment by managers in the surveillance, monitoring, and performance measurement of employees, its capacity to support convenient and efficient reporting regimes, its durability, and its traceability (Brigham and Corbett; Corbett).

This historical trajectory in attitudes towards, and uses of, e-mail, together with the potential variation in the readers' interpretations of the writer's feelings, means that people are quite as likely to conceive of e-mail as cold and impersonal as they are to impute to it more positive feelings. This is borne out in the organisational survey carried out as a part of this research. Of the respondents working in what I will call a professional capacity, 50 percent (the same proportion for both male and female) agreed that e-mail creates a friendlier environment, while only a small percentage of the remainder were neutral. Most disagreed. Interestingly, only a third of clerical staff agreed. One can readily speculate that the differences between these two occupational classes were a significant factor with regard to the uses e-mail is put to (more information sharing as equals on the part of professionals).

Those who felt that e-mail contributed to a less friendly environment typically referred to the 'loss of personal contact', and to its ability to allow people to distance themselves from others or 'hide behind' the technology. In a somewhat paradoxical twist of this perceived characteristic, it appears that e-mail can reinforce the prevailing power relations in an organisation by giving employees a way of avoiding the (physical) brunt of these relations, and therefore of tolerating them. Employees have the sense that they can approach a superior through e-mail in a way that is both comfortable for the employee (not have to physically encounter their superior or, as one informant put it, "not have to cope with the boss's body language"), and convenient for the superior.4

At the same time, interestingly, respondents to our surveys have generally been adamant that e-mail is not the medium for conflict resolution or discussion of significant or sensitive matters pertaining to a manager's relationship with an individual employee. In the large Wellington service organisation surveyed for this study, 70% of the sample said they never or almost never used e-mail for these purposes. It was notable, however, that for professional employees, where a gender distinction used in the survey, 80% of women were of this view, compared with 60% of men. Indeed, nearly 10% of men reported using e-mail frequently for conflict resolution purposes.

In sum, there is the potential in e-mail for a fundamental distortion; one that is seemingly the opposite of the anti-technologists' charge of corruption of communication by writing (but arguably with the same result), and one that very subtly contradictory, appearing to support, the utopianism of the digerati. The conventions of e-mail can allow employees to have a sense of participation and equality while denying them any real power or influence over important matters or directions of the organisation.

E-mail, in other words, may allow co-workers to communicate across underlying tensions and conflicts by effectively suppressing conflict. This may have advantages for enabling an organisation's work to continue in the face of inevitable personality differences. It may also damage the chances of sustaining effective workplace relationships, especially if individuals generalise their use of e-mail, rather than selecting strategically from all the communicational resources available to them.

Notwithstanding the point made earlier in relation to radio about the flexibility of technology as a societal accomplishment (see note 2), e-mail, I suggest, is unique in the extent of its inherent ability to alternate freely between both poles of the dialogue -- dissemination dichotomy. It is equally adept at allowing one to broadcast to many as it is at enabling two or more people to conduct a conversation.

What complicates this ambidexterity of e-mail is that, as Peters points out, in contradistinction to the contemporary tendency to valorise the reciprocity and interaction of dialogue, "dialogue can be tyrannical and dissemination can be just" (34). Consequently, one cannot make easy assumptions about the manner in which e-mail is being used.

It is tempting, for example, to conclude from the preponderance of e-mail being used for announcements and simple requests that the supposed benefits of dialogue are not being achieved. This conclusion is demonstrably wrong on two related counts:

Indeed, our research showed a considerable unanimity of perception that communication overall has significantly increased since the introduction of e-mail. This is not to necessarily claim that the quality of communication has increased (there is a degree of e-mail communication that is regarded as unwanted). But the fact that a majority of respondents reported increases in use or stability of use across almost all media, including face-to-face interaction, suggests that a more communicative climate may be emerging.

We need then to be more precise about the genre of announcements when discussing their organisational implications. Responses in focus group discussions indicate that the use of e-mail for homilies or 'feel good' messages from the CEO (rather than making the effort to talk face-to-face to employees) is not appreciated. Proclamations, too, are better delivered off-line.

Similarly, instructions are better formulated as requests (i.e. with a dialogic tone). As I noted earlier, clerical staff, who are more likely to be on the receiving end of instructions, were less inclined to agree that e-mail creates a friendlier environment.

Similarly, instructions are better formulated as requests (i.e. with a dialogic tone). As I noted earlier, clerical staff, who are more likely to be on the receiving end of instructions, were less inclined to agree that e-mail creates a friendlier environment.

Even more than face-to-face, group interaction by e-mail allows certain voices to be ignored. Where, as often, there are multiple responses to a particular message, subsequent contributors can use selective responses to strongly influence the direction of the discussion. An analysis of a lengthy portion of the corpus reveals that certain key participants -- often effectively in alliance with like-minded members who endorse their interventions -- will regularly turn the dialogue back to a preferred thread by swift and judicious responses. The conversation can move very quickly away from a new perspective not favoured by regular respondents.

It is also possible for a participant sufficiently well regarded by a number of other members to leave the discussion for a time (as much as two or three weeks) and on their return resurrect their favoured perspective by retrieving and responding to a relatively old message. It is clear from this forum that individual reputation and status can carry as much weight on line as it can in face-to-face discussion.

Peters points out that since the late nineteenth century, of which the invention of the words 'telepathy' and 'solipsism' are emblematic, 'communication' "has simultaneously called up the dream of instantaneous access and the nightmare of the labyrinth of solitude" (5).

The ambivalence shown towards e-mail by many of its users is clearly the result of the history of responses to communications technology, and of the particular flexibility of e-mail, which makes it an example of this technology par excellence. For the sake of the development of their communicational capabilities, it would be a pity if people continued to jump to the conclusions encouraged by dichotomous conceptions of e-mail (intimate/impersonal, democratic/autocratic, etc.), rather than consciously working to develop a reflexive, open, and case-specific relationship with the technology.