Problems with the Attitudinal Endorsement Theory of Joke Appreciation 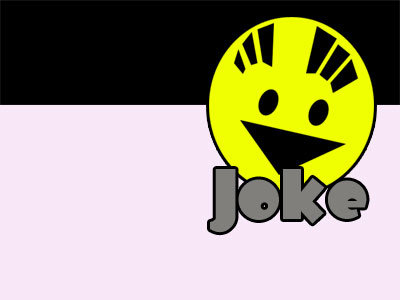 Michael Smith, the Martian of Robert Heinlein's 1961 novel Stranger in a Strange Land is having a lot of difficulty in understanding what makes up that strange creature he has just encountered for the first time, the "human." A trip to the local zoo and a cage of monkeys provides the answer for him. There, a peanut is thrown to a small monkey who takes it eagerly. This monkey is immediately bowled over by a larger monkey, and the peanut is stolen from him. The small monkey runs away howling, until it tracks down an even smaller monkey to beat the daylights out of. The rest of the monkeys choose to ignore the entire incident altogether. At this, Michael begins to laugh uncontrollably, so hard that he is unable to stop for hours. A revelatory moment, at last the Martian has understood (in his idiolect, he has "grokked") that fundamental secret of what it is to be human:

"I've found out why people laugh. They laugh because it hurts-because it's the only thing that'll make it stop hurting-of course it wasn't funny; it was tragic. That's why I had to laugh. I looked at a cage full of monkeys and suddenly I saw all the mean and cruel and utterly unexplainable things I've seen and heard and read about - and suddenly it hurt so much I found myself laughing" (Heinlein 289).

Slovoj Zizek's Lacanian psychoanalytic writings are often based around this same fundamental insight into the human condition: that one should remain aware of the utterly strange and paradoxical chasm that lies at the centre of our psychic make-up. Zizek would consider Michael's laughter at the monkeys an example of concealment of primal trauma via the safety gauge of laughter, for this act of jouissance, as Flieger puts is (taking her cue from Freud): "breaks laws and re-establishes them simultaneously, but avoids tragic conflict by re-routing deadly hostile impulses along a route of substitutive conciliation" (Flieger 65). Behind this jouissance lies the Real,which must be understood as that crucial X factor behind existence, that chaotic "inruption of non-sense" (as Eagleton paraphrases) into the carefully-constructed orders of the Symbolic and the Imaginary (42). At this point, then, we might suppose that laughter is a purely beneficial and therapeutic act, halting probable psychosis. This perhaps explains why Zizek is so interested in the cynical strain he has identified as one of modern society's greatest afflictions, which he identifies as a kind of jouissance without the Real.

Cynicism is one of the recurring bugbears of Zizek's recent work,stretching back to his first major work in English, The Sublime Object of Ideology (1989). His theory is grounded in Peter Sloterdijk's Critique of Cynical Reason (first published in 1983), in which cynicism is defined as "enlightened false consciousness. It is that modernised, unhappy consciousness, on which Enlightenment has laboured-well-off and miserable at the same time" (5). Sloterdijk interprets the period of the Enlightenment as the formative period for the development of our modern subjectivity, and Zizek adds (following Lacan) that this is because this period saw the birth of the Cartesian "subject". The performative act of becoming a subject, Zizek indicates, is another way of evading the Real: "subjectivization is a way to elude the void which "is" the subject, it is ultimately a defense mechanism against the subject" (Enjoy 186). The historicity of this cynical attitude is a point that Zizek continually reiterates-the "false consciousness" of cynicism developed because "the Enlightenment project has gone wrong" (136). Such a historicist view points to the finitude of the cynical split. The optimistic obverse of this focus on the past is that one day there may be the possibility for suture. But as for contemporary society, Zizek negates the paranoiac Adornian conclusion that our modern age is a post-ideological one. Instead, he asserts that we are in fact so entrenched in ideology that it is difficult to even distinguish its parameters. There is a breakdown in the relationship between the 'knowledge' and the 'act': "the cynical subject is quite aware of the distance between the ideological mask and the social reality, but he nonetheless still insists upon the mask" (Subject 29). A problem is still raised, for while emphasising that cynicism is a much more insidious kind of masked ideology, he also emphasises the absolute necessity of every ideological foundation. The danger lies because the "true" face is kept hidden from view:

"the illusion is not on the side of knowledge, it is already on the side of reality itself, of what the people are doing. What they do not know is that their social reality itself, their activity, is guided by an illusion, by a fetishistic inversion. What they [i.e. cynical people] overlook, what they misrecognise, is not the reality but the illusion which is structuring their reality, their real social activity" (Subject 32)

One of the strategies of cynical consciousness is the "kynical", the attitude to constantly critique society, coined by Sloterdijk) (Subject 29). In recent comedy, one of the chief examplars of "kynical", understated, humour would have to be Jerry Seinfeld's observational style of standup comedy that become so popular during the nineties (i.e. "what's the deal with-airports/queues/etc."). Seinfeld avoids the overtly political in his comedy, but his usual focus on the banalities of the quotidian (as he calls it, the "minutiae") can be interpreted as an attack on aspects of Western consumer culture. The very act of asking the question "what's the deal?" implies a certain dissatisfaction with the status quo of consumer culture, it poses the question "why is our society so strange?" In response to such a question, the audience laughs because it recognises the particular aspect of society that Seinfeld aims to deconstruct. At the same time, an economy of desire is constructed around the act of the laughter itself.

For Zizek, cynicism is a self-gratifying gesture that follows the fetishistic logic of "I know very well the truth of this statement, but in the meantime." There is jouissance in the act of recognition (or false consciousness), which of course deflects the original impulse that we presume to be social critique. This "kynicism" performs the opposite effect of Victor Shklovsky's concept of ostraneniye, the method of "making strange" the symbolic language, which Zizek would interpret as the "philosophical experience of 'wondering'" Enjoy 53). Seinfeld's comedy skips over that moment of comprehension, that breakdown to the shock of the Real. In other words, Seinfeld's cynicism yada yada yadas over the point de capiton. Therefore, cynicism is another attempt to reposition the symbolic as the primary level of experience, to usurp the Real with "reality."However, in the turbulent days that followed September 11, we find a counter at least to this "kynical" style of humour (the kind of comedy exemplified in Australia by such TV shows as The Glass House and the now-defunct Good News Week). The satirical show Politically Incorrect was pulled from the air on the American ABC network, after its host, Bill Maher, disputed President Bush's statement that the World Trade Centre terrorists were "cowardly." On the show airing on the seventeenth of September, Maher made the following statement: "we have been the cowards lobbing cruise missiles from two thousand miles away. That's cowardly-staying in the airplane when it hits the building, say what you want about it, it's not cowardly. "

Au contraire to the show's title, this was perhaps one of the most politically correct statements ever made on American television, and it cost Maher his television show. Politically Incorrect was immediately pulled from the air in many American states (including Washington DC), and the show, crippled by public criticism and the loss of advertising money, was axed soon after. Maher normally utilised a "kynical" standpoint to throw stones at the big Other (i.e. the US political system), and as we have already seen with the example of Seinfeld, the jolting "Real" moment of the humour never seems to happen. Was Maher's September 11 comment one of the sublime instances of the letter "reaching its destination" to the American public? The jolting ostraneniye of this comedy is precisely that here there is no joke, no consoling sedative of jouissance, and the shock that followed in this humour deficit was one of denial and anger. One may argue that this instance provided a more "Real" moment for the American public than the media spectacle surrounding September 11 itself. Zizek writes in "Welcome to the Desert of the Real" (posted on the internet on the same day as that episode of Politically Incorrect), that Americans have libidinally invested in images of catastrophe for years. Catastrophe is one of the healthiest signs of the persistence of the symbolic order. By saying "we are the cowards!", Maher was essentially telling his public "we are the enemy!" or "we are the Symbolic!", and for a short time he dissolved the force of the non-existent Big Other. It is no wonder that he was ejected from this symbolic order at lightning speed. Here, I can't help being reminded of Guy Debord's axiom in The Society of the Spectacle, that "in a world which really is topsy-turvy, the true is a moment of the false". In Zizek's cynical society, it seems to be strange but true that when the joke isn't funny anymore is really when it breaks the most societal taboos.