The Stigmata or the Tattoo

Eternity and the National Museum of Australia 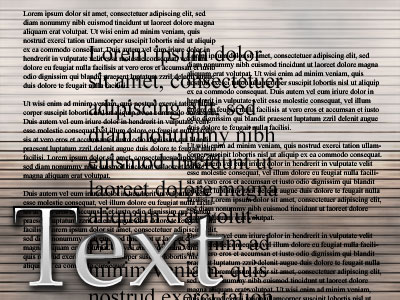 Don't be afraid - it's only a flesh wound. The organs are intact although there is a threat of amputation, which we all know can easily be tolerated if the remaining bones are plentiful and sound and they are held in place by a tough skin. Where there's a will there's a will not and the National Museum of Australia (NMA) will not lie down in the face of Australian Government attempts to cut off its funding blood and give its guts a good going over. Not yet. Not for eternity.

The NMA opened in March 2001 in Canberra, Australia's national capital. The buildings were designed by ARM (Ashton Raggatt McDougall), an architectural firm based in Melbourne, with landscape design by Room 4.1.3.

Like other galleries and museums constructed in the last 20 years such as the Gugenheim in Bilbao and Libeskind's Jewish Museum, the NMA buildings and landscape are as much an exhibit as that which they contain. In fact the Jewish Museum first opened without containing anything other than space; the proper concern of architecture, some say. The strong colours and shapes of the NMA stand out in the grey, Modernist-inspired, concrete environment that is Canberra - some say this place is a perversion of Walter and Marion Burley Griffin's original plans for a garden wonderland; others marvel that the spirit of the original plan has even partially survived. I say, good bones and plenty of them.

Bernard Tschumi says that society expects architecture to reflect its ideals and domesticate its deeper fears(72). This is certainly the brand of architecture that the Australian government thought it was ordering when it allocated funds for the building of a national museum. Not that Aussies have fears which need domesticating. No fear. A few secrets, some dirty laundry, a scar or two. But it can be argued that ARM have excoriated fear; they have tattooed it across the national forehead and said “read me if you can and if you dare”. ARM have provided a building which appears to be mostly skin. Hide the national scars under a national symbol that is all surface. A skin, but one which encases an undifferentiated body; of work, of nationhood, of stuff.

The skin of the NMA is a site for writing; giant Braille dots the surface of the building, a confusion between writing and reading. For most, the dots are impossible to read – too large and too high to touch with human fingers and indecipherable by most who visit even if the scale and location would allow them to be touched. How did they have the nerve ending to write a writing that only hands can read; only hands so big that they have lost the delicate sense of touch, thereby rendering the Braille unreadable. Make a ceiling so high that it takes twenty million to change a light-bulb. Make a statement so clever that no-one gets it.

Along with the Braille, the word eternity winds under and over, across and through the guts of the NMA. Howard Raggatt of ARM writes that having designed the shapes of the building forms, they “laid them out like dressmaking patterns, to press upon them this single stencilled script” – using software they superimposed the forms over a graphic of Arthur Stace’s Eternity and wrapped the Museum in it (45). Arthur Stace claimed that he was divinely inspired to write the word in ephemeral chalk an estimated 500,000 times on the footpaths of Sydney over a thirty-year period. He summoned the citizens to acknowledge the power of God. Raggatt says that its use on the outside of the NMA “encourages our hope to read this land”. And the text thickens. Is the writing of eternity on the national skin of the NMA a tattoo or stigmata?

Derrida talks of these – tattoo and stigmata - in Writing and Difference in discussing the relationship between critical discourse and clinical discourse and focuses on Antonin Artuad’s “theatre of cruelty” (Artaud also inspired Deleuze and Guattari’s metaphor of the body without organs). Derrida begins with an exploration of the tendency to associate the work of art with the mental state of the artist. However from his specific critique of structuralism, he moves into much broader territory. Artuad’s attempts to make a verbal, not a grammatical theatre, “a graphism which …[is] an incarnation of the letter and a bloody tattoo” are judged by Derrida (and Artaud himself) to have been wanting precisely because such a tattoo “paralyzes gesture and silences the voice … represses the shout and the chance for a still unorganised voice” (235). Where the text (or in Artaud’s terms, breath) is “spirited/stolen…in order to place it in an order” the text is tattoo and it cannot hope to overturn the effects of power because it is on the surface rather than in opposition to it.

By contrast, stigmata is a wound that cuts beneath the surface, “substituted for the text” that “undertakes neither a renewal, nor a critique” but “intends the effective, active, and non-theoretical destruction of Western civilization and its religions” (227). Text as stigmata is spirited/inspired rather than spirited/stolen. Granted, this section of Writing and Difference speaks of Artaud’s work in the context of theatre, however the theatrical metaphor is appropriate for the NMA – stand in the middle of the Garden of Australian Dreams surrounded by viewing platforms, and you understand that you are in the middle of a performance. But what does eternity do in this arena, on and under this skin?

I have already described the writing of eternity around the NMA’s structure. Within the museum (in its stomach, it seems, when one seeks it out) is the small exhibition space built around the theme of eternity. Of course, it is a permanent exhibition – how could it be anything else. This space speaks to the people aspect of the NMA’s land, nation, people themes through “emotions” of separation, mystery, hope, joy, loneliness, thrill, devotion, fear, chance, and passion. The exhibits here are the stories of individuals. The black dress of Baby Azaria Chamberlain (who is alleged to have been killed by a dingo, a wild Australian native dog) (mystery) and an elaborate costume from the Sydney Gay and Lesbian Mardi Gras (thrill) are examples of the representations of Australian individuals. The eternity theme was chosen after the individual stories were selected and the curator realized that the NMA collection included one of the few remaining examples of Stace’s handiwork – one preserved on the back of the door of an outdoor toilet (if only there were space in this article to explore the significance of this in terms of Derrida’s linking of God and shit!). Marion Stell, the exhibition curator, writes that she believed this provided a link between the emotions as well as representing a fascinating individual story in its own right.

Interestingly, the recentre view of the NMA that recommends the de/recon-struction of the Garden ofAustralian Dreams , a teleological recasting of the Circa multimedia theatre(criticized for presenting too episodic a view of Australian history) and the Horizons gallery (allegedly too limited in its presentation of the stories of migrants), commends the Eternity gallery, despite its depictions of gays and lesbians, those who have taken on the courts and won and other transgressors. The private sphere of individual lives seems too unimportant to take on? And if so, is this a strength of eternity at NMA or a weakness? Eternity slips under the radar as only such a slippery word can. And the review makes no mention of the writing on the outside of the building. How could you miss a word so big, so utterly big? Did the review panel confuse BIG with BenIGn?

This word eternity, this script eternity. Inside the museum in the eternity gallery it is the street tattoo, the written surface of the traditional museum which reflects, mirror-like, what the visitor wishes to feel. There, it is Aussie icon-become-cliché. Attached firmly to the maker of the original marks, Arthur Stace, footpath font designer and illiterate messenger of God, it carries the trace of the God on whose behalf he wrote. And who in the current world political climate would dare to take on God’s messenger, no matter whose God. In that gallery it is spirited/stolen and, tattoo-like, it represses the uninhibited shout of difference through imposition of an order; the somewhat transgressive stories of individuals such as Lindy Chamberlain (Azaria’s mother, who was first convicted of her murder and then pardoned) and indeed, Arthur Stace, are rendered “safer” by the direct reproduction of Stace’s script. Originally, in Walter Benjamin’s terms, Stace’s eternity assumed auratic qualities that ironically it acquired, rather than lost, through repetition and reproduction on Sydney’s footpaths. However it’s use more recently– remember it was emblazoned on both the Sydney Harbour Bridge for the Millenium celebrations and in the2000 Sydney Olympic opening ceremony for its ability to call up a trace of the sublime – have turned it into an Australian brand name, designed to re/produce thoughts of a grand and glorious Australia, an Australia which neither Lindy Chamberlain nor Arthur Stace might have experienced. (The City of Sydney has gone so far as to copyright the Stace eternity script).

But outside, scarred into the skin, too big to read, too black to ignore, eternity operates paradoxically at a more subtle level. Appearing as if pure ornament, black squiggles on a blatantly referential structure, with this use of Stace’s eternity ARM have tackled the issue of timelessness and architecture through invoking time in its entirety. They have invoked the quasi-religious contemplative response that the Stace rendering of the word engenders when it takes us by surprise.

Eternity written on the surface of the NMA is stigmata, Stace’s eternity spirited/inspired rather than spirited/stolen. It is a flow of meaning that invokes the evangelistic incantations of Stace at a size which multiplies the possible meanings through its appeal to illiteracy and illegibility, and with a resilience which refuses to be washed away by reviews and revisions of the Museum. Derrida says that “to overthrow the power of the literal work is not to erase the letter, but only to subordinate it to the incidence of illegibility or at least of illiteracy” (225). Eternity. Legend has it that for a while some larrikin followed in Stace's footsteps changing eternity to maternity. Perhaps in the fullness of eternity a Government-appointed review panel can retrospectively declare the stigmata a harmless word better suited to a bland Australia. Like tomato or cricket or captain cook. For the foreseeable past and future, it remains eternity.