How Free Became Open and Everything Else under the Sun 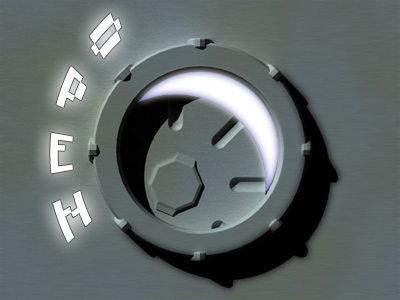 While Free Software Foundation founder Richard Stallman argues that Free Software is not Open Source, he is only half right—or only speaking about the question of motivation (the half that matters to him). The definition of Open Source, as enshrined in the Open Source Definition (OSD) is a nearly verbatim copy of the Debian Free Software Guidelines (DFSG). Both the OSD and DFSG are practical articulations of Stallman’s Free Software Definition (FSD). Open Source, with a different political and philosophical basis, can only exist because the FSD is broad enough to allow for its translation into other terms yet defined enough to allow for a directed and robust social movement. As much as Stallman might want to deemphasize Open Source, he would never change the broadly defined definition of freedom that made its existence possible.

This level of translatability within the domain of Free and Opens Source Software (FOSS) is echoed in the accessibly of its philosophies and technologies to groups from across the political spectrum. Recalibrating the broad meaning of freedom outlined in the FSD to align with their own philosophies and politics, these groups perceive FOSS as a model of openness and collaboration particularly well suited to meet their own goals. In this process of re-adoption and translation, FOSS has become the corporate poster child for capitalist technology giants like IBM, the technological and philosophical weapon of anti-corporate activists, and a practical template for a nascent movement to create an intellectual “Commons” to balance the power of capital. In these cases and others, FOSS’s broadly defined philosophy—given legal form in licenses—has acted as a pivotal point of inspiration for a diverse (and contradictory) set of alternative intellectual property instruments now available for other forms of creative work.

As a site of technological practice, FOSS is not unique in its ability to take multiple lives and meanings. For example, Gyan Prakash (1999) in Another Reason_ _describes the way that many of the principles and practices of early twentieth century techno-science were translated, in ways similar to FOSS, during India’s colonial era. British colonizers who built bridges, trains, and hospitals pointed to their technological prowess as both a symbol of a superior scientific rationality and justification for their undemocratic presence in the subcontinent. Prakash describes the way that a cadre of Indian nationalists re-visioned the practice and philosophical approach to techno-science to justify and direct their anti-colonial national liberation movement. Techno-science, which was an instrument for colonialism and an icon for idea of progress, was nonetheless re-valued and redirected toward “another reason,” thus acting as a “tactic” productive of other social and political practices. We call this dynamic iconic tactic.

FOSS has been deployed as an iconic tactic in a wide range of projects. FOSS philosophy simply states that it is the right of every user to use, modify, and distribute computer software for any purpose. The right to use, distribute, modify and redistribute derivative versions, the so called “four freedoms,” are based in and

representative of an extreme form of anti-discrimination resistant to categorization into the typical “left, center and right” tripartite political schema. This element of non-discrimination, coupled with the broad nature of FOSS’s philosophical foundation, enables the easy adoption of FOSS technologies and facilitates its translatability.

FOSS’s broadly defined freedom acts as an important starting point and one conceptual hinge useful in understanding the promiscuous circulation of FOSS as a set of technologies, signs, methodologies and philosophies. Also helpful is an analysis of the way in which this philosophical and legal form is animated and redirected in historically particular, and at times divergent, ways through the use of FOSS technologies and licensing schemes. It is to three contrasting examples of such transmutations that we now turn to.

With over USD 81 billion in yearly revenue deriving in no small part from the companies vast patent and copyright holdings, IBM is an example of global capitalism whose bedrock is intellectual property. With a development methodology that IBM recognizes as more agile and profitable than proprietary models in many situations, IBM was quick to embrace FOSS.

Hiring a cadre of FOSS developers to work in-house on FOSS software, IBM launched the first nationwide advertising campaign promoting the FOSS operating system GNU/Linux. In their first campaign, they highlighted the ideas of openness and freedom in ways that, unsurprisingly, reinforced their corporate goals. Featuring the recognizable Linux mascot Tux the penguin and a message of “Peace, Love, and Linux,” IBM connected using and buying FOSS-based enterprise solutions with 1960’s counter-cultural ideals of sharing, empowerment, and openness.

IBM’s engagement with FOSS is representative of a much larger corporate movement to translate FOSS principles into a neoliberal language of market agility, consumer choice, and an “improved bottom line.” While their position, as the recent SCO and IBM court cases over Linux have demonstrated, is not uniformly shared in the corporate world, IBM is a highly visible example of a larger corporate push toward Free Software as the basis of a service-based business model.

While the money behind IBM’s advertising machine makes their take on FOSS particularly visible, they hold no monopoly on the interpretation of FOSS’s meaning and importance. This is evidenced by the extensive use of FOSS as an iconic tactic by leftist activists around the world. Also bearing a three letter acronym, the Independent Media Centers (IMC) are a socio-political project whose mission and spirit are completely contrary to the goals of a large corporation like IBM. Indymedia is a worldwide collective of loosely affiliated grassroots online media websites and non-virtual spaces that allow activists to directly make, move, and “become” the media. IMCs are an important and integrated part of the anti-corporate and counter-globalization movement. In their work, IMC activists have aligned FOSS philosophy with their goals and visions for openness, media-reform, and large-scale socio-political justice.

Like IBM, IMCs use existing FOSS software and create their own tools. IMC software, is, by charter, FOSS. As a volunteer organization with limited economic resources, FOSS has been crucial in its technology-heavy operations. Beyond use for pragmatic reasons, there is widespread support and admiration for FOSS, which is often identified as a revolutionary example of mutual aid, structural openness and the power of collaboration. The following quotes from the IMC’s online-meeting where the decision to formally adopt FOSS was made exemplify activist’s understandings of how FOSS can be used as a tool to further their political aspirations.

xxxx: I assume it is safe to say that we are making this choice in order to try to choose the thing which has the least chance of benefiting any corporation, or any other form of hoarding in any way

These activists—and others in the IMC and anti-corporate, anti-capitalist, and counter-globalization movements—find inspiration in FOSS as proof of the possibility of successful alternatives to capitalist forms of production.

In recent years, a political position—with a centrist political philosophy distinct from both capitalists like IBM and anti-capitalists like the IMC—has emerged with FOSS as its primary point of philosophical justification. This group is constituted by a growing number of North American and European scholars who have employed the metaphor of a “Commons” to argue for legally protected resources and knowledge for common use by all. The commons endeavor is one example of a larger “liberal” critique of the neoliberal face of “socially destructive unfettered capitalism” which is seen as a threat to democracy (Soros 2001). The information commons movement, largely spearheaded by Lawrence Lessig (1999; 2001; Creative Commons) and David Bollier (2002; Public Knowledge), explicitly points to FOSS as its inspiration. Within the Commons movement, FOSS has been tactically held up as proof that Commons are achievable and as a model of the process through which they can be created; the Creative Commons organization, a key institution within the Commons movement, has adopted FOSS-style licensing to foster and protect other other kinds of non-technical knowledge.

These three cases, which don’t exhaust the examples of translation, demonstrate how FOSS functions as an iconic tactic for a range of projects, which is not the simple result of the lexical ambiguity of the words free or open. The ability of FOSS to act as an “engine of translation” is one of the most compelling political aspects of FOSS and an important starting point in the assessment of the variable ways in which FOSS has been used as a set of technologies and an icon for openness—one we feel is often overlooked or obscured in popular and scholarly accounts on the broader implications of FOSS.

The terms openness and freedom are often the key categories by which advocates, activists, journalists, and scholars approach the social and political implications of FOSS. While some accounts attribute a type of radical political intention to the domain of FOSS, others critique FOSS as indicative of late-capitalism’s drive to create and exploit free labor (Terranova 2000). Some problematically collapse the efforts of Lessig and Creative Commons with those of FOSS (Boyton 2004) obscuring some of the important differences between the goals and licenses of the groups.

Certainly, the way in which FOSS is translated also shifts the ways that FOSS developers understand their own actions and motivations. However, commentators often interpret isolated cases of this process of inspiration, adoption, and re-valuation as indicative of the whole. In this early stage of research into FOSS, it behooves us to be wary of wholesale pronouncements on the social, political, and economic nature of FOSS. We should instead remain mindful of the range of socio-historical processes by which FOSS has enabled a diversity of ideas and practices of opennesses. We should be open to the idea that an analysis of the interplay between FOSS philosophy and practices as it travels through multiple social, economic and political terrains may reveal more than (first) meets the eye.

Biella Coleman is a cultural anthropologist from the University of Chicago currently writing her dissertation on the ethical dynamics and political implications of the Free and Open Source movement. She spent nearly three years doing research on the Debian project and studying hacker and technology activism in the Bay Area. Her next project draws from this research to investigate the use of expressive and human rights among psychiatric survivors as a political vector to make claims against forced treatment and to halt the global exportation of an American model of psychiatry.

Benjamin "Mako" Hill is a Free and Open Source Software developer and advocate. He is a director of Software in the Public Interest and a member of the Debian project—by most accounts the single largest Free Software project. In addition to volunteer and professional Free Software work, Hill writes and speaks extensively on issues of free software, intellectual property, collaboration, and technology.