The Affect of Selection in Digital Sound Art 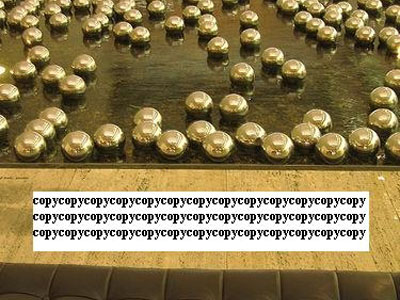 A variety of digital technologies exist that can transform sound waves into binary code. Any sound can be ‘sampled’ in this way: drum beats, field recordings, even full-length instrumental or vocal tracks. Copies are then ready to be duplicated, cut, spliced, pitch-shifted, equalised, turned backwards, and/or passed through a myriad of different effects processors before being sequenced and layered into a final stereo mix.

Once obtained, this mix is itself eminently copy-able without loss in audio quality. Moreover, affordable digital reproduction media abound, such as CD-R and MP3. These methods of distribution are as attractive to the home audio producer as they are to the file-sharing enthusiast. On one end of the spectrum one finds an increasing number of people downloading music and creating personalised mix CDs or play-lists, irrespective of the constraints of copyright. On the other end, one observes established pop musicians such as Björk writing original choral arrangements, only to sing them into hard-disk recording systems for further remixing prior to commercial release (as on her last album Medúlla (2004)). Somewhere in the middle lies DJ Danger Mouse’s The Grey Album, an unsanctioned (and widely downloaded) remix of the Beatles White Album (1968) mashed together with a-cappella raps from Jay Z’s The Black Album (2003).

It is as though audio in the digital age has become an ‘utterly malleable material’ (Miller 20), leaving only the sound selector and manipulator as the all-powerful source of creativity, musical genius and/or surreptitious intent (in the case of file sharing). To date, the majority of academic work on digital sound practices relies upon this suggestion that technology has provided us with almost total control over recorded sound (see Miller, Mudede, Pinch and Bijsterveld, Lysoff, Cascone, Théberge, and Jones).

While digital methods for copying audio have been available for over 20 years, the technology involved has far from exhausted its potential to open up new forms of musical composition, cultural expression, and social exchange. In fact, the practices it has enabled are so multifaceted that the only limit in this case appears to be our imagination. This begs the question as to what limits this imagination, if anything?

Do the sounds we mix not require us to attend to their particular shape before we bring them into alignment with other sources? What techniques must we employ to make room for their specific timbres? What constraints lead to the adoption of these techniques over others? How and why are these sounds chosen in the first place? What are the resources or archives used?

It is through such questioning that the ‘give and take’ involved in digital audio production becomes apparent. The technologies used are not simply vehicles of personal expression – they represent an entire family of practices employed in a wide variety of unique scenarios. No two situations will be exactly alike, but there will be resemblances. These similarities and/or differences are as much the result of constraints prescribed by one’s sonic starting-points as they are the product of individual style. Such a symmetrical perspective is paramount in the development of analyses that accurately reflect the heterogeneity of digital audio practices. In the rest of this article I attend to the production methods of three Montreal-based sound artists. Quotations from personal interview are contrasted against the dominant academic view of digital audio as a vehicle of subjective control over sound.

Jennifer Morris (a.k.a. ‘[sic]’) works mostly with field recordings as well as sounds that she collects by close-micing instruments such as the guitar or Japanese koto. When asked about how her sonic source material affects her work, Morris’ answer reflects a deep respect for the individual character of the sounds she chooses to copy and remix. At the same time she is not afraid to alter samples in search of new experimental mixing trajectories. In her words:

My work is composed from the source material. It is a very organic process that begins with the selection of a few sounds and usually ends with using none of them and sounding completely different from what I set out to do. That’s what I love most, the sources control the work completely. (Jennifer Morris, a.k.a. ‘[sic]’, interviewed by Owen Chapman, 14 Dec. 2004)

Morris habitually begins her compositional process with short copied extracts of longer recordings that she then transforms with the aid of various pieces of sound software and hardware to the point where they are barely recognisable. She will often discard her initial sound-selections as new timbres emerge through her experimentation. Nevertheless, Morris claims that this process is guided by her sources completely. In so doing she ascribes the latter a type of agency. There is a reverence in her words even in the way she describes the task of collecting sounds for future use. Instead of copying audio that fits the musical plans she has in her head, Morris waits for sounds to set off her ‘sampling radar’, so to speak. As she says about the sounds she gathers in her field recording practice, ‘Even if they [cannot be] heard by the human ear, I try to figure out ways to capture them, with a pickup and such.’ The sounds she selects are then allowed to guide her treatment of them based upon their own characteristics, such as sonic density, frequency range and mood.

For Anna Friz (a.k.a. ‘A2Z’), however, the material she copies when starting a new sound piece sometimes ends up driving the work, and at other times not. When asked about the impact of her initial sound selections upon her final product, she answered:

I think that sometimes it is the indexical relationship that the samples have with where they came from that … you’re drawn to and that you want to use, you want to emphasize. And in that case I think that some of the samples do make some decisions for you. Because there are certain things that, you know, depending on who you are you would choose not to do to a sample. (Anna Friz, a.k.a. ‘A2Z’, interviewed by Owen Chapman, 9 Sept. 2004)

In elaborating this point Friz mentions a particular recording she possesses from the clash between police and protesters at the APEC summit in Vancouver in 1999. A member of staff from the radio station where she was working (CiTR) had called from the protest on a cell phone and was describing the pandemonium that was breaking out all around him. The urgency and panic in his voice as he shouts ‘They’re advancing right now…and we’re running, we’re running,’ became an artifact that she felt she must protect. As she said: ‘I didn’t want to just plant it into something without a context, because, for me it came from such a political place that I really wanted to preserve that.’ This sound fragment became the foundation for a political piece that she later composed in response to the treatment of protestors at the Quebec FTAA summit (co-produced with Richard Williams and entitled: ‘there’s a risk of arrest if you turn right’ (2001)).

As with Morris, Friz often ends up radically transforming the sources she starts with. Interestingly, while Morris describes this as following intuitions laid out for her in the original material, Friz tends towards a more subjective interpretation of the mixing process:

[I’ll take] something out of context because it just has a certain feel to it, a texture, or a pitch or tone or something and I just think: ‘That’s a good sound. I could turn that into something else – it will go with these other things.

While this answer might resemble accounts focused on subjective expression through digital audio, it is important to recognize that Friz has no problem admitting to being impacted by a specific sound before deciding to displace it from its original context.

In my own case I feel as though my usual source material (musical fragments copied from vinyl records) dramatically affects the work I end up producing. I’ll start by sampling a short passage uncovered on one record and, through working with it, be led towards other parts of my collection in search of other sounds. The process of composition unfolds organically as each additional element reveals hidden aspects of the samples already selected. This is where the affect of selection in digital sound art becomes most apparent, in the unique nature of every juxtaposition or mix. Contrary to predominant opinion, this mixing is as much guided by spontaneous inspiration based on aural-reaction as it is the subjective will of the mixer. This holds for all cases of digital audio manipulation – whether we are discussing studio production, sampling, file sharing or mash-ups, the common feature in all of these practices is the (re)collecting of recorded sounds in a way which, to quote Walter Benjamin, ‘studies and loves them as the scene, the stage, of their fate.’ (Benjamin 60).

Asserting increased aural control as paramount to users of digital audio technology reduces a complex interactive relationship to one of master and slave. Although extraordinary editing precision is now possible when compared to the days of magnetic tape, copying, splicing and transforming audio with digital equipment is still very much about responsive listening. Those looking to write about the relationship between digital audio technology and contemporary practices of music making must never overlook the affective dimension of sound – its fleeting presence as vibrations of the ear drum. For recorded audio, no matter how many times it has been copied, it must always pass through a singular moment of conversion into moving air molecules in order to be experienced – at which point there is nothing left for us to do but listen and learn.