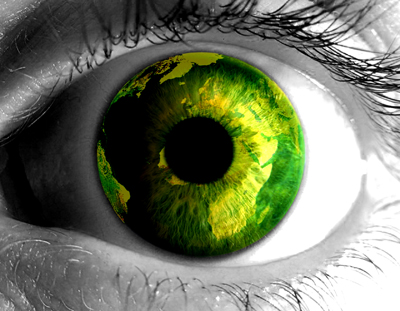 “Why would I go to the library if I can get all I need from the web?” This question should sound familiar to anyone teaching media studies in a tertiary institution today, and it is becoming an increasingly common question. It is also a question that typifies what has been called the Net Generation, and at the same time raises important questions about the way we teach this generation, particularly when it comes to media education. No longer can we assume that students will actually take the time to read the required readings that we have so painstakingly put together, because it is simply not their way of approaching or engaging with information. The concept of scanning sums it up beautifully: they scan for information, rather than search for specific texts to be engaged with in depth. As Diana and James Oblinger note, “individuals raised with the computer deal with information differently compared to previous cohorts: they develop hypertext minds, they leap around. A linear thought process is much less common than bricolage, or the ability to piece information together from multiple sources” (2.4-2.5). In short, they develop scanning minds.

At the risk of sounding ‘old school’, let’s stop and reflect on this for a moment. Firstly, there is the problematic notion of the Net Generation, and in particular its ‘generation’ component. Similar to previous generational constructs like Gen X, Y, Dot.Com Gen, etcetera, it implies that the Net Generation’s characteristics are specifically age related. It can be argued, however, that they are driven by technology (in its social and cultural context…naturally): in other words, regardless of your age, if you engage with a wide variety of media across different platforms in a sustained manner, you are just as likely to develop a scanning mind as any first year student, since the brain is a muscle which is remarkably adept at adapting.

Secondly, if we accept that the scanning mind is here to stay, which will take a considerable shift, judging from the frequent rumbles in institutional corridors about the lack of student engagement in classrooms (and I’m certainly not exempt from this myself), then that raises a number of very important, and potentially uncomfortable, questions about our practice in classrooms. For example, if a scanning mind is the equipment that students bring to our lecture theatres, is it appropriate to expect them to listen to us in a sustained manner for two hours, like we have done since time immemorial? Similarly, is the general tutorial format of ‘required reading—discussion about the required reading’ the best way to engage students if the majority consistently fail to make it to the end of that reading? If we can identify what the characteristics of the Net Generation are, should we redesign our teaching practice to suit those characteristics? What are the implications of that for the various types of skills (including generic skills) we imagine to be worthy outcomes of a university degree (or ‘graduate capabilities’ in management speak)?

Diana and James Oblinger (2.6-2.7) identify the following characteristics in the Net Generation:

The ability to read visual images sits well with the often heard claim that this generation is ‘media savvy’, but there is a big difference between being able to read (and scan) images and being able to critically engage with those images. The latter poses a challenge to educators, because it is in this realm that traditional academic skills become important. In 1996, an influential paper in the Harvard Educational Review by the so-called New London Group, developed what they called a ‘pedagogy of multiliteracies’, in which they argued for a re-think of what we traditionally understand by literacy (i.e. text-based), to account for “the bourgeoning variety of text forms associated with information and multimedia technologies” (1-2). They implicitly suggest that we need to teach students multiliteracies, but this raises the question of what we understand by multiliteracies. According to Kalantzis and Cope, “meaning is made in ways that are increasingly multimodal—in which written linguistic modes of meaning interface with visual, audio, gestural, and spatial patterns of meaning” (9). This is only sporadically acknowledged in current teaching, and if incorporated at all, its application is generally left to the discretion of individual course coordinators, rather than integrated across the curriculum.

At the same time, however, the characteristics of the Net Generation, as outlined above, suggest that there are many skills associated with a multimedia environment that we may not need to teach students. For example, when it comes to visual-spatial skills, developed through game playing, they can probably teach us more than what we can teach them. What the above list of characteristics allows us to do however, is to shift our focus to creatively incorporate the skills that students come equipped with in ways that would teach them the critical skills we want them to develop. This is precisely what MIT’s Comparative Media Studies Program has been concerned with in recent years: collaborating with a variety of partners, ranging from Microsoft to the Royal Shakespeare Company, they have developed gaming scenarios that “cut across different game genres, different academic fields, different pedagogical models, and different strategies for integrating games into the classroom” (Squire and Jenkins 10).

There is recognition in their educational game designs that the Net Generation is more comfortable in image-rich environments, that they are experiential learners, that they have the ability to shift their attention rapidly from one task to another, and that they prefer a peer-to-peer approach. The games are designed for different disciplines, from science to history and literary studies, and some are multiplayer games while others are single player games. Students experience the games “not simply as readers or spectators but as players, directors, and authors” (Squire and Jenkins 21). Built into the game designs are mechanisms that stimulate critical thinking (and indeed the acquisition of knowledge); in order to win the game, students need to collaborate (social peer-to-peer interaction), find information, and reflect on their practice. Squire and Jenkins’ examples include a game which allows students to analyse a Shakespeare play (The Taming of the Shrew) by occupying the director’s chair, and an American history game where players fill the shoes of decision makers in history and thus have the ability to ‘virtually’ re-write history, as long as they take responsibility for their decisions. With some creative thinking, these examples could very well be applied to the study of films, television programs, media companies, or even games themselves.

The MIT Program is still in its early stages, and there are many issues to be considered, both logistical and philosophical, and many pilot programs to scan, before radically changing age old practices. Furthermore, there is a need to be very clear on pedagogical objectives and projected outcomes, in order to not throw the baby out with the bathwater. In an increasingly competitive higher education context, the temptation to ‘please’ students/clients and peddle to their perceived needs looms large. However, initiatives like the MIT Program show promising ways to harness the Net Generation’s ‘natural’ abilities, rather than condemning them as ‘only interested in instant gratification’.

The scanning mind can be seen as a dangerous mind if it never delves below the surface, but if we instead choose to see the scanning mind as a potentially suspicious or sceptical mind, then we have taken the first step in harnessing this scepticism and transforming it into a critical mind.

Despite my initial resolve to make this piece highly scannable, by keeping my sentences short and sharp, I realise I have failed miserably in this regard, which I attribute to my membership of various pre-net generations…