The Sinking of Titanic 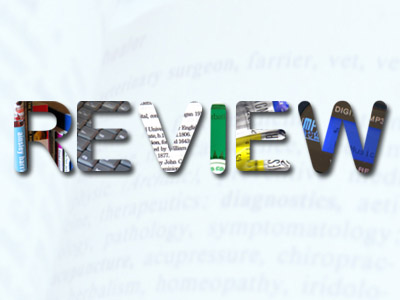 Reviews are an integral aspect of creating economic capital through avenues of establishing and increasing the other forms of capital outlined by Pierre Bourdieu across his extensive body of work. The economic importance of reviews can be identified on the majority of film trailers, posters and DVD covers, where quotations attempt to convince potential audiences of the film’s credentials. Although economic capital is the obvious aim for both the film publicists and the reviewers, this article outlines the creation of symbolic capital through the assertion of cultural and social capital. Examples from recent film reviews demonstrate how lexical choices establish educational and linguistic capital, whilst the creation of cultural capital is illustrated in disparaging attitudes towards Titanic (US, 1997, Cameron). The language and treatment of a text combine to produce a hegemonic relationship between reviewer and consumer.

The term ‘reviewer’ is being used here in accordance with the ‘macro-institution’ of film criticism which David Bordwell labels as journalism (19-20). Although Bordwell categorises the British magazine Sight and Sound into the separate macro-institution of essayist criticism, it is primarily the journalistic reviews that feature towards the rear of the magazine with which this article is concerned. The performance, or demonstration, of linguistic competence might disguise the magazine’s fundamentally journalistic intent. Through the utilisation of a prestigious register, and rhetorical devices, Sight and Sound strives to create symbolic capital in the same way as lower brow publications. Andrew Caine comments that:

the operation of cultural tastes is inseparable from the material conditions of the critical commentator. To understand the particular angle adopted by a specific critic, it becomes necessary not only to understand the socio-cultural context in which that reviewer worked, but also this task demands information about the preferences of particular publications and their readership. (Caine 16)

Published by the British Film Institute, Sight and Sound is constructed as a highbrow magazine, with connotations of sophistication and, vitally, a greater appreciation for film. Consuming, or advertising the consumption of the magazine articulates a mastery over film that others supposedly do not possess. This is a clear manifestation of Bourdieu’s core thesis, which he empirically demonstrates in Distinction. Before discussing Bourdieu’s thesis about the classification of taste in relation to Titanic, the linguistic creation of symbolic capital needs to be addressed.

Another British film magazine, Empire (marketed as the “The UK’s No.1 Movie Magazine”), is aimed at a different audience. Although the design of Sight and Sound may appear more formal than the glossy, sexualised imagery within Empire, there are many stylistic similarities. Both publications use French phrases (succès de scandale in S&S, and tête-a-têtes within Empire) within their reviews of The Last Mitterrand (Fr, 2005, R. Guédiguian). (Empire spells ‘Mitterrand’ with one ‘r’ – S&S uses two.) Both magazines are creating symbolic capital based upon the cultural capital of the phrase, capitalising upon the linguistic and symbolic capital of multilingualism (Talbot et al. 257). In Language and Symbolic Power, Bourdieu explains how linguistic exchanges establish “a particular relation of power between a producer, endowed with a certain linguistic capital, and a consumer (a market), and which is capable of procuring a certain material or symbolic profit” (66). A symbolic relationship is established between producer and receiver, hegemonic in that the latter is encouraged to remain in this healthy relationship of intellectual superiority through continued purchase or, minimally, consumption of the magazine.

Attitudes towards linguistic competence are closely related to other areas of cultural appropriation and appreciation (67), areas which are more overtly expressed within film reviews. In Distinction, Bourdieu asserts that the “consumption or non-consumption of popular cultural artefacts is a means by which individuals in a society define for themselves and others their social position, their status” (Lubin 7). This thesis can be applied to our current discussion in numerous capacities. The film reviewer articulates the status of the consumer: the films chosen for inclusion, the appreciation or denunciation of its aesthetics contribute to the creation of symbolic capital. The inclusion of a technical register, consisting of expressions such as mise-en-scene and genre, assert distinctions through their connections to educational capital owing to their appearance in media and film studies (primarily sub-undergraduate) syllabuses. Establishing knowledge as part of the educational system, as Bourdieu explains, legitimises it and greatly increases its symbolic capital. This register expresses cultural capital in price formation in the same way as the earlier example concerning French phrases.

The symbolic relationship is reinforced through the exhibition of other forms of cultural capital. Reviewers in the two magazines being discussed here regularly refer back to previous films and directors, demonstrating a proficiency of knowledge of the subject about which they are commenting. The consumer is subjected to either a subordinate position in which their cultural capital is inferior, or where they are interpolated into the symbolic relationship; a hegemonic relationship in which the process of consuming is gratifying. In the Sight and Sound review of The Last Mitterrand, mentioned above, Ginette Vincendeau (a Warwick academic) integrates the director and an earlier work into his opening paragraph. This correlates to Bourdieu’s empirical research in Distinctions, in which he observed that knowledge about film directors is consecrated into legitimate culture (27), and its relation to educational capital. References to actors are restricted to within parenthesis following the character’s names, reflecting the lower cultural capital of actors. The next section comments upon how the representation of actors in other media has a detrimental effect upon the symbolic capital of the film text, and a positive effect upon the symbolic capital of the reviewer and their publication.

The Sinking of Titanic

A hegemonic relationship through the establishment of symbolic capital within film reviews is not new. Andrew Caine, whilst discussing the attitudes of critics against the British pop film of the 1950s and 60s, expands upon the core debates expressed within this brief article. Crucially, he remarks that:

Through their writings, film and music critics/journalists not only reflected their own position and status in society, but also the place of their publications within the cultural sphere… [the] writer’s tastes coincided with their reader’s values, or at least had to adapt to achieve some form of mutual co-existence. (Caine 16)

This co-existence was demonstrated in the coverage of James Cameron’s Titanic, which began its commercial life packaged as a reverential historical epic: a genre with a respected genesis closely associated with a biblical narrative. However, the film lost much of this reverence as it became phenomenally popular and its two main stars became associated with teenage magazines and the tabloid press after an emphasis was placed upon the romance plot rather than historical issues. (Leonardo DiCaprio and Kate Winslet received saturated, inevitably sexualised, attention in the tabloid media.)

Interestingly, Empire, which classifies film releases using a reductive five-star rating system, reduced Titanic’s rating from the maximum five stars and an enthusiastic review (February 1998, 30) to four stars (November 1998, 132), with a less positive review in the later edition, adjusted to accommodate its readers’ tastes. The first review was written (and, to a large extent, published) before the film and its stars had become indelibly associated with popular culture. The phenomenon of Titanic contributes a useful demonstration of Bourdieu’s theory of distinction and the arbitrariness of cultural values. The cultural capital of the text was appropriated differently in response to the dynamics of its audiences. The reported activities of the film’s fans (such as multiple viewings) is far removed from the symbolic capital of multilingualism and educational capital.

David M. Lubin reports in his BFI monograph about the film that few of the people he knows “had seen it – or at least were willing to admit they had” (1999: 7). Addressing Bourdieu’s theory of distinction, Lubin summarises that “refusing to see Titanic, or, if seeing it, refusing to be taken in by it… became a way of asserting one’s independence from all the journalistic gush” (7-8). In US reviewer Kenneth Turan’s unforgiving criticisms, Lubin identifies a similar trend concerning forces of material production to what Caine discusses about pop and rock movies. Where attitudes against the pop film are a partial reaction to “juvenile delinquency, the Teddy Boys and perceived immorality” (43), Lubin identifies that “the enemy here [concerning the onslaught against Titanic] appears to be contemporary popular taste, mass culture, the McDonaldization of sensibility… [and] market-driven film making” (9). All items on that list have elitist oppositions, which the reviewer is constructing for the consumer.

Reviewers and magazines operate within the same forces of material production as the mass culture products being ostracised. Ironically, dismissing Titanic’s screenplay as clichéd has become a cliché. Criticisms of anachronisms and other factual inaccuracies (such as Murdoch’s suicide) have become as repetitive and obvious as the tabloid coverage about its two main stars. They do, however, have the symbolic capital, the gratification, of being able to correct an Oscar-winning Hollywood director, in the same way that a horror audience assumes superiority through guessing when a ‘jump moment‘ will occur. This provides film fans (or students) with the sense that they have equal or superior competence in the field to a professional director.

This article provides an overview of how the construction of symbolic capital establishes and condones the hegemonic relationship between reviewer and consumer. Crucially, the consumer experiences substantial gratification when awarded the symbolic capital by the reviewer. Symbolic capital is created and retained by the reviewer, who awards consumers with superiority over other consumers of the form – and, vitally, over non-consumers of that magazine. The article is not suggesting that these reductive binary oppositions manifest themselves in society: rather, the institutional conditions of publications mean that symbolic violence is exercised to generate economic capital. Lexical choices (mise-en-scene, etc.) establish group membership, sociability and a sense of prestige. Legitimate culture is constructed through the connections of discourse to educational capital. This status is further supported by other areas of high linguistic capital, such as multi-syllabic words, and phrases in foreign languages.

In order to retain the symbolic capital upon which the products (magazines and the consumer’s face) rely, it is essential to attack the symbolic capital of others. This explains the phenomenon against Titanic, and, previously, against the body of work Caine discusses. Such criticism perpetuates the distinctions between high and low culture, and, thus, relevant positions and status in society. Ironically, although highbrow criticisms against mass culture are concerned with commercialism, it is the “material conditions of the critical commentator” (Caine 16) that proliferate such criticisms.