Senders, Receivers and Deceivers: How Liar Codes Put Noise Back on the Diagram of Transmission 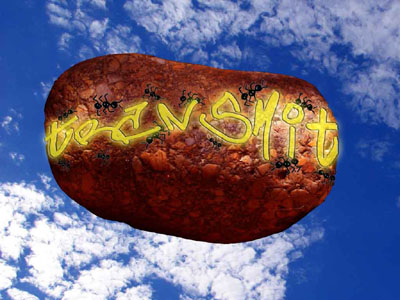 In the half-century since Shannon invented information theory… engineers have come up with brilliant ways of boiling redundancy out of information… This lets it be transmitted twice as fast (Bill Gates: 33).

The digital machine is often presented as the perfect medium for the efficient transmission of coded messages: an ever-improving machine, in which coded information travels near to the-speed-of-light. Integrated into a global network of communication, transmission is assumed to be friction-free – everything and everybody are just a click away. Indeed, the old problem of signal interference is subdued by the magnum opus of communication engineering – Shannon’s noiseless channel – a cure for the undesirable uncertainties of message sending (Shannon and Weaver 19). For that reason alone, the digitally enhanced fidelity of Shannon’s digital code, not only heralds a new age of communication, but also marks the end of the problem of noise. In effect, his mathematical theory of communication, establishes a highly effective coding mechanism that travels from sender to receiver, overcoming geographic constraint and the deafening raw of the analogue milieu. This makes the theory itself the substratum of the digital communication utopia, since Shannon’s conquest of noise has solved the reliability problem of code, allowing us to focus on the rapidity and fecundity of our messages.

However, despite the ingenuity of the noiseless channel, its subsequent rapid expansion into a vast network of machines means that both senders and receivers pay a price for Shannon’s brilliance. The speed and boundless reproducibility of digital code outperforms our physical capacity to observe it. In this way, transmission works behind the scenes, becoming increasingly independent of the human gaze. Even so, we are assured that we will not be overwhelmed by code; a new digital order has purportedly emerged. As follows, network innovators provide us with robotic codes that work benevolently on our behalf, exploring a seemingly random universe of connection. These intelligent codes search the tangled webs that constitute digital communication networks, autonomously in step with our fleeting transactions and data desires. We can sleep safely at night… this is The Road Ahead.

But of course, as we now know, the ideal system for perpetual communication has also turned out to be the perfect medium for the codes designed to destroy it (Gordon). Instead of efficiently taking care of our transmission needs, the flow of code has been interrupted by the relational interactions of a machinic assemblage (Deleuze and Guattari). This is a vast assemblage populated by both human and non-human actors. Its evolution has not followed a predictable path determined by the innovations of the science of code, but instead responds to the complex interactions and interconnectedness of the network environment. In this way, the binary switches of the robotic code have occasionally flipped over from true to false – from the munificent to the malevolent function. The interruption seems to be relatively new, but the human-computer assemblage has a long history of the production of what I term liar codes. They follow on from Gödel and Turing’s realisation of the incompleteness and undecidability of self-referential systems of logic in the 1930s. In the following decades, von Neumann’s ideas on self-reproducing code provided early programmers with the means to play coded games of life. Thirty years later and researchers discovered how unstable a network would become when a similarly coded evolutive got out of control (Shoch and Hupp, Cohen). By 1990, the digital worm had turned. Morris’s code famously ‘crashed’ the Internet. The liar code had escaped the research lab and entered the wild world of the network. Nevertheless, despite what appears to be the uncontrollable evolution of code, it is the assemblage itself that makes a difference.

Many liar codes have since followed on from the games, experiments and accidents of the early human-computer assemblage. Some are simply mischievous pranks designed to take up space by making copies of themselves, while others conceal a deeper, sinister pre-programmed function of data piracy (Bey 401-434) and viral hijack. The former spread out across a network, spewing out fairly innocuous alerts, whereas the latter steel passwords, gaining access to safe places, capturing navigation tools, and redirecting our attention to the dark side of the global village. In addition to the deluge of spam, viruses and worms, liar code arrives hidden in Trojan programs. Like Russian dolls, code slips into email inboxes. Simple viral sentences repeatedly trick us into opening these programs and spreading the infection. By saying “I love you” code becomes a recursive deceiver, concealing the true intentions of the virus writer, while ensuring that the victim plays a crucial role in the propagation of the liar.

More recently Liar codes have been cunningly understood as contemporary instances of cultural noise – the other of order (Parikka). However, this does not mean that a solution can be found in the universality of Shannon’s linear diagram – this is an altogether different engineering problem. In principle, Shannon’s noise was more readily apprehended. It existed primarily at a technical level (signal noise), a problem solved by the incorporation of noise into a technical code (redundancy). Contrariwise, liar codes go beyond the signal/noise ratio of the content of a message. They are environmental absurdities and anomalies that resonate outside the technical layer into the cultural milieu of the human-computer assemblage. The new noise is produced by the hissing background distortion of the network, which relentlessly drives communication to a far-from-equilibrial state. Along these lines, the production of what appears to be a surplus of code is subject to the behaviour and functioning of a vast and vulnerable topology of human and non-human machinic interaction.

Is the Solution to Be Found in a Clash of Codes?

In an attempt to banish the network pirates and their growing phylum of liar codes there has been a mobilisation of antivirus technologies. Netizens have been drafted in to operate the malware blockers, set up firewalls or dig the electronic trenches. But these desperate tactics appeal only to those who believe that they can reverse the drift towards instability, and return a sense of order to the network. In reality, evidence of the effectiveness of these counter measures is negligible. Despite efforts to lower the frequency of attacks, the liar code keeps seeping in. Indeed, the disorder from which the new noise emerges is quite unlike the high entropic problem encountered by Shannon. Like this, digital anomalies are not simply undesirable, random distortions, repaired by coded negentropy. On the contrary, the liar is a calculated act of violence, but this is an action that emerges from a collective, war-like assemblage. Therefore, significantly, it is not the code, but the relational interactions that evolve. For this reason, it is not simply the liar codes that threaten the stability of transmission, but the opening-up of a networked medium that captures messages, turning them into an expression of the unknown of order. Code no longer conveys a message through a channel. Not at all, it is the assemblage itself that anarchically converts the message into an altogether different form of expression. The liar is a rhizome, not a root!! (See figure 1.)

A Network Diagram of Senders, Receivers and Deceivers

Ad nauseam, antivirus researchers bemoan the problem of the liar code, but their code-determined defence system has seemingly failed to tell apart the senders, receivers and deceivers. Their tactics cannot sidestep the Gödelian paradox. Interestingly, current research into complex network topologies, particularly the Internet and the Web (Barabási), appears to not only support this gloomy conclusion, but confirms that the problem extends beyond code to the dynamic formation of the network itself. In this way, complex network theory may help us to understand how the human-computer assemblage comes together in the production of viral anomalies. Indeed, the digital network is not, as we may think, a random universe of free arbitrary association. It does not conform to the principles leading to inevitable equilibrium (an averaging out of connectivity). It is instead, an increasingly auto-organised and undemocratic tangle of nodes and links in which a few highly connected aristocratic clusters form alongside many isolated regions. In this far-from-random milieu, the flow of code is not determined by the linear transmission of messages between senders and receivers, or for that matter is it guided by an algorithmic evolutive. On the contrary, while aristocratic networks provide a robust means of holding an assemblage together, their topological behaviour also makes them highly susceptible to viral epidemics. Liar codes easily spread through clusters formed out of preferential linkage, and a desire for exclusive, network alliances between humans and non-humans. From a remote location, a single viral code can promiscuously infect a highly connected population of nodes (Pastor-Satorras & Vespignani). This is the perfect environment for the actions of deceivers and their liar codes.

On reflection, a revised diagram of transmission, which tackles head on the viral anomalies of the human-computer assemblage, would perhaps be unworkable. This is consistent with the problem of liar codes, and the resulting collapse of trustworthy transmission. The diagram would ideally need to factor in the anarchic, scrambled lines of communication (see figure 1), as well as the complex topological relations between node and link. Such a diagram would also need to trace significant topological behaviours and functions alongside the malfunctions of codes, coders and the sharing of codes over a network. It is this significant topological intensity of the human-computer assemblage that shifts the contemporary debate on noise away from Shannon’s model towards a complex, non-linear and relational interaction. In this sense, the diagram moves closer to the rhizomatic notion of a network (Deleuze and Guattari 9-10). Not so much a model of transmission, rather a model of viral transduction.