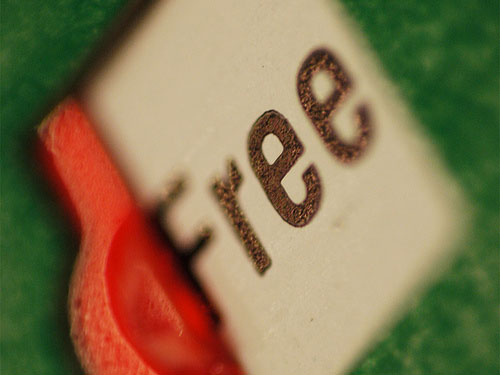 Deepa Mehta first attempted to shoot her film Water in the year 2000, in Varanasi, a holy city hanging on the edge of the Ganges in East-Central India. A film about the anguish of widows in 1930’s India, where widowhood was in many parts of the country taken to be a curse, an affliction that the widow paid penance for by living in renunciation of laughter and pleasure, Water points not only to the suffering of widows in colonial India but to the widow-house that still exists in Varanasi and houses poor widows in seclusion and disgrace, away from the community. The film opens the lens to the prostitution and privation experienced by many widows, as well as Gandhi’s efforts to change the laws that affected “widow remarriage.” The international filming crew was forced to shut down production after one day of shooting, following a violent uproar in the Varanasi community. These riots were fueled by the same political party coalition that was responsible for the destruction of the Babri Masjid in 1992, a Muslim religious site dating from the sixteenth-century, that was smashed to rubble when Hindu Nationalists alleged that it was the original site of a Rama temple and hence a Hindu, rather than a Muslim, site of worship.

While the Water crew had permission (after a few censorship negotiations) from the Ministry of Information and Broadcasting to shoot the film in Varanasi, following the riots lead by these fundamentalist political parties—the BJP, the KSRSS and the VHU—the Indian government (lead by the BJP) strode in to shut down, or at the very least delay (which given the tight budget of the film amounted to the same thing), the shooting of this film. It apparently caused too much local upheaval. A few years later, Mehta managed to surreptitiously shoot this last film of the controversial trilogy in Sri Lanka, fielding and ignoring letters from the Indian government that implied that the content of the film was not very flattering to India and showed India in a poor light to the international community. The film was released worldwide in 2005.

I would like to place this astringent argument that was put forward by government officials and political rioters in a historical light by locating it within anti-colonial nationalist discourse of the late nineteenth and early twentieth century. This desire to mask the face of Indian oppressive patriarchy and assert moral uprightness and the ‘reform’ of women is neither new nor original, and dates back to colonial India. The British colonial government had a tendency to zero-in on instances of female oppression by Indian men to justify the fact of colonial power and domination. British rulers denounced the moral degradation and lack of initiative of Indian men as two of the reasons to continue their control of the land in face of the mounting opposition, both in India and in other parts of the world, which was rising up against colonialism and later fascism. Chatterjee analyses this facet of the nationalist movement and suggests that female emancipation was a question of importance at the turn of the century in colonial India, as Indian men defended their right to ‘protect’ their women from oppressive orthodox practices. They repeatedly asserted their ability to rule their own country, and adopt modernity, both through ‘reform’ movements and rebellious uprising. Spivak too addresses this question as it centres on the Sati debate. The immolation of widows on the funereal pyres of husbands is often cited as an example of abusive Indian patriarchy. However, even at its height in the nineteenth century, as both Spivak and Narayan point out, this custom was practiced only in one location in India, and not nationwide as is popularly believed in the West. Debates around widow immolation were an easy answer both for the British to assert moral superiority and for Indian men to claim that they would ‘reform’ the lot of their women, and carve a new, more enlightened nation. The question of ‘widow remarriage’, along with dowry and Sati, became popular issues at various times in the last hundred years when the nation wished to champion the uprightness of Indian masculine morality, and its ability to protect its women.

This fretfulness by the government and other political parties over the picture of Indian women that is revealed in Water is an anxiety over the portrayal of India as backward and unenlightened, a plodding place seeped in orthodox traditions and bubbling with religious fundamentalism. It a picture that puts the West at ease in the face of the growth of economic and telecommunications power in the region, and a Western-media-driven picture that often collects self-fulfilling data, while ignoring contradictory evidence. It also points an easy finger that quells and controls the frightening Other.

It is really interesting, however, that the very political parties in India who are most active in generating this criticism of the film are in fact the most strongly fundamentalist of all, and are, in a seeming contradiction, also the coalition responsible for speeding open-door economic policies along their way in the second half of the nineties in India. While the nationalist Hindutva coalition quivers at this, one could say “Orientalist” description of Indian women in Water as always-oppressed, always-victims of Indian male chauvinism, it is also this coalition that assisted economic liberalisation policies by indigenising and Orientalising Western products so that they could find an easier market within the Indian population. It seems in fact that the versions of the Indian past that can be made public with lavish additions of Orientalist signs are the ones that are marketable, like yoga, cheap booze, and tantric sex. Add to these the very exportable Indian textiles and jewelry, Indian software engineers and Indian masala films, and you have a sizzling avenue for foreign trade and investment. The versions of the Indian past that are not marketable, however, even if depicted with courage and sensitivity, like the issue of middle-class patriarchal abuse of women and lesbian relationships in Mehta’s Fire (1996), or widow-houses in Water, do not advertise a mecca for tourists or investors, and hence are beaten into oblivion by Hindu fundamentalists. While these fundamentalists wish to change the names of cities from British colonial names to ‘authentic’ Indian ones, or protest against the hosting of the Miss World pageant in India in 1995, they do, however, wish to bring in increasing amounts of foreign investment in the media, in consumer products, and in the service sector to bring new lifestyles and ideologies to the rapidly growing middle-class. While films about widows are inappropriate and apparently show India in a poor light, films about prostitutes (like Devdas released in 2002), as long as they romanticize the courtesan and act as a lure to tourists and diasporic Indians nostalgic for an ‘authentic’ Indian spiritual experience, are entirely acceptable. For fundamentalist political parties that wish to maintain or regain power it seems like an easy step to incite local populations to rise against religious minorities, homosexuals, and filmmakers who wish to document instances of abuse, so that Western imperialism can quietly slide in through the back door.

Water points to the inequality between men and women, remarking on the traditional practice of an arranged match between a man in his forties or fifties with a young pre-pubescent girl. It looks closely at the custom of sending widows to live in isolation, lifelong chastity, and renunciation of ‘worldly desires’, while as little nine year old widowed Chuiya in the film points out, there is no such house for widowers. It also, however, talks about the change in laws in the late 1930’s that allowed widows to marry again after the death of their husband, and banned child marriage. It sets the film in the historic struggle of a nation trying to find its feet between Hindu nationalist traditions and British colonial ideologies, Indian aspirations for education and emancipation, and fear of cultural annihilation.

Maybe if Mehta romanticized the widows’ struggle, and added a few more song and dance sequences, made the film more marketable and set it in exotic Goa, and allowed the widows to frolic in the streets decked in Indian block prints and marketable kundan jewels, fundamentalist Hindus would not find it quite as disturbing.