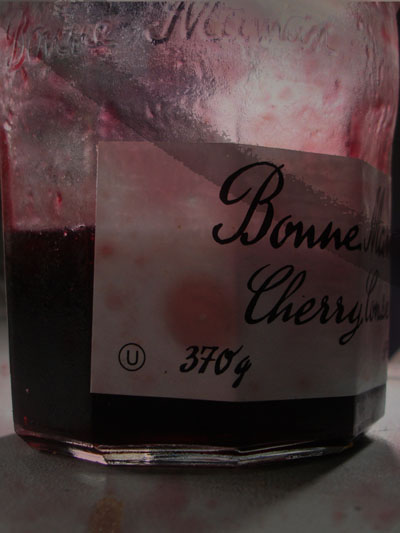 In an interview, which was originally published in 1975 in Dialectiques, French philosopher Luce Irigaray was asked about her claim that there is a ‘feminine’ style of writing which can be traced in language. She replied that women’s discourse needed to be listened for outside of the readymade grids that we have already inherited, that a new way of listening and understanding language was needed:

In other words, the issue is not one of elaborating a new theory of which women would be the subject or the object, but of jamming the theoretical machinery itself, of suspending its pretension to the production of a truth and of a meaning that are excessively univocal. Which presupposes that women do not aspire simply to be men’s equals in knowledge. (Irigaray 78)

She goes on to suggest that a female writing, or écriture féminine, is a style marked by disruptive excess, which goes off, as she does, in all directions, which is reminiscent of female sexuality, a style that ‘resists and explodes every firmly established form, figure, idea or concept’ (79).

While écriture féminine was part of the feminist debates of the 1980s, this was also a style in which Irigaray wrote and was deeply appealing to me in the early 1990s as a doctoral student. I was bravely reading ‘French’ theory, French feminist theory, in a remote regional university in tropical Queensland in the far north of Australia, in the humidity and the sweat and the saltwater. I read by the university swimming pool, so add chlorine to that. Reading French feminist theory in the tropics was like greasing the machinery, gearing my brain into some intellectual engagement that counteracted the lethargy of the body in heat.

Jamming the machinery has remained an appealing phrase partially because of its disruptive tenancy but also because of a pervasive image that never ceases to haunt me: of jam all over the machinery. The machine I imagine being jammed is a printing press, a massive machine that generates words, texts, theory. It’s a dirty black metal giant. The jam is strawberry: pink and glassy with bits of pieces held in suspension amid the transparent spread, remnants of another organic lifetime. The stickiness of the jam on the cold steal is appealing, and the idea of food bringing down a machine is somehow deeply satisfying. In the end, the quotidian rules; everyday domesticity overwhelms modernist industrialisation.

Jam in the machinery shifts the focus from the noisy, dirty, gruesome conditions of the workers who risk catching a digit or an arm in the conveyer and being dragged along after it, to a more subversive agent: jam. If the former imagines the soft flesh of corporeality gobbled up by the greedy capitalist machine in a struggle for control, then the latter values the fleshy red substance that insinuates itself between the mettle of work culture.

On reflection, though, the machinery of my imagination is archaic, industrial, modernist. Printing presses are the stuff of museums now that there is digital technology. It is actually difficult to insert jam between binaries, somewhere between the keyboard and the printer, the zeros and ones. Irigaray’s metaphoric jam comes into its own with digitisation, so that its tempting literal image is wiped clean (deleted) in favour of a radical metaphoricity that comes into jamming the theoretical machinery itself, the machinations of capitalism, consumerism, patriarchy and colonisation. Only last week I was teaching students about culture jamming, about consumers-as-producers and citizen-journalists as the tools of production multiply and become affordable, and desirable. There’s no need to make jam, when jam is a verb. Neither subject nor object, jam escapes the grammatical grids and oozes over the side of language. But the effectiveness of the verb is haunted by its affect as noun.

It’s slippery, jam, and delicious. On toast on a rainy day. Toast and marmalade for tea, sailing ships upon the sea. ‘It’s comfort food’, says the domestic goddess, and we believe her while we’re sweating under the fans, going to the little radiator-toaster to warm our bread. Buying jam at school fetes and markets reminds us of a time when there was ‘time’. It’s an excess of domesticity, a gift of bottled loving kindness. It is reading French feminists in the tropics: slippery, delicious, a bit of a treat. And sticky.

The machinery Irigaray refers to in the heyday of theory is the very stuff of representation, writing, knowledge and univocal truths. It is the upstanding and unbending patriarchal academy, embodied in the voice of the male professor pronouncing and professing, or the psychoanalyst seeing himself re/produced in theory. To stage his downfall, Irigaray performs a more slippery trick, a counter-strategy sourced in the bodies of women: l’écriture féminine. Writing is produced through the lived experience of being socially positioned as (among other things) women, so those effects will be inscribed in what is written, she argues. Writing as a woman, rather than through the narrative machinery of patriarchy, is a style: a disruption to conventional reading and representational practices that resists the steely authority of linearity and logic arguing instead from subjective and historical specificity. It’s the jam of theory, having to locate yourself in your writing.

Which is all very well, as a young white woman in Australia imagining philosophy in France (I buy croissants and brew coffee and play Grace Jones when I’m writing). In Vicennes at the Ecole Freudienne de Paris, though, Irigaray is spectacularly ejected after her second doctoral dissertation, Speculum of the Other Woman. She rejects the theories of the Father, upsets the dominance of the phallus in psychoanalysis, in writing. She wipes jam all over herself, over their texts. And Jacques Lacan is not amused. She jammed up that opportunity, but made others. Irigaray prefers to idolise fluids rather than firmness, movement from one slippery form to another in writing and in theory: strawberry to jam, jam to machinery, woman to theory.

Dreaming of making such a rebellious impact in the shimmering hot world around me, I take up Irigaray’s call to arms and write myself into my text, proliferating voices and lips, sexualities and discursive grids. But how excessive can a girl be writing a PhD? Playing around the edges, opening up gaps and pockets for extracurricular discourse, and modelling narrative on doubleness if not duplicity rather than phallic univocality takes a lot of energy. It gets sticky. The weather, the thesis, the whole jam thing. I’m in a pickle when I want to be in a jam. Sticky strawberry jam, like the blossoming mouths of prickly roses rimmed with glossed lips, like the voices of feminism in the 1980s.

In Western Australia where I now live, the acacia trees blossom twice a year, in autumn and spring. There’s an abundant species called Acacia acuminata that’s known as ‘raspberry jam’ because of the smell when the wood is freshly cut. Qué?